Get the app Get the app
News & Media Turbine Profile: Jim Gorman

An aviator’s life benefits his business

Jim Gorman turned 97 in April. He remembers his first flight vividly—it was in a Ford Tri-Motor. His grandmother then gave him 10 hours of instruction for his high school graduation. But his first flight as an Army Air Corps pilot at the age of 20 is forever etched in his mind. 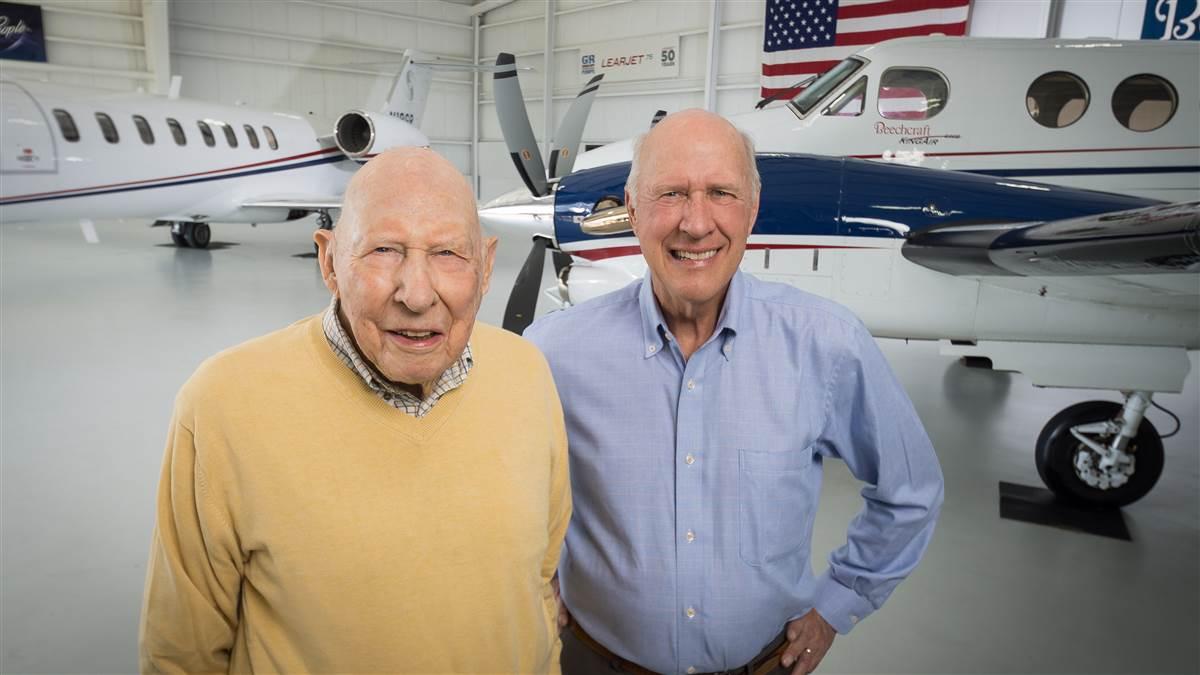 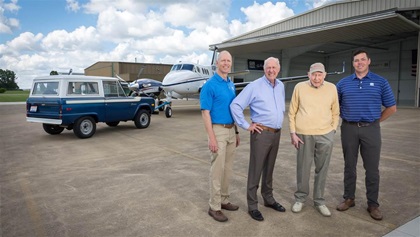 Gorman flew across the Pacific Ocean to New Guinea in a C–47. “You grow up pretty quickly,” he recalls of the lengthy flight (17 hours to Hawaii first) and his time serving with Gen. Douglas MacArthur in the South Pacific. “It was the worst place I’ve ever been in my life.”

After the war, Gorman returned to his hometown of Mansfield, Ohio. The small town between Cleveland and Columbus would be the haven that held his marriage, his children, and his business. He met Marge, his wife, on the airfield at Mansfield. She was fueling her Aeronca Champ. “It was pretty unusual to see a woman flying an airplane [at that time],” Gorman said. The couple flew together all over the world in varying aircraft from Beechcraft Bonanzas to King Airs that he and his father’s company, Gorman-Rupp, owned.

Marge flew with another woman pilot in their Beechcraft Bonanza to Europe, and she also flew around the world in a helicopter. Naturally their children would become pilots too; Jeff, now the family company president, flies a Twin Beech, and his wife, Michele, is a pilot. Daughter Gayle flies a Bonanza for her own business, an airfield lighting company.

Gorman-Rupp was established in 1933 and designs and manufactures pumps for wastewater-related industries—it designed and produced the flood-control pumps with the U.S. Army Corps of Engineers in New Orleans—as well as pumps for aircraft refuelers. It was Jim who convinced his father J.C. Gorman and his partner H.E. Rupp that the airplane was an essential business tool.

“We have used aircraft in our business since [I bought] a Temco Swift in 1949. Currently we use a Learjet; we’ve moved up a little bit,” Gorman said. “We pick up potential customers to bring to Mansfield, show customers our product. It’s the best customer relations we’ve ever done. The Lear spends its time bringing customers into the plant.”

Jeff Gorman has worked with Gorman-Rupp since college, once serving as the company pilot in the King Air 350. In 1978 he started working in the plant and in 1998 took over as president and chief executive officer. The company aircraft are essential to the business. “The airplane has made us not only a more efficient company, but a better company,” he said.

Mick Waltz is a personal friend. He was the service manager at Stevens Aerospace and maintained the Gormans’ aircraft for 30 years. “I met Jim Gorman in 1991. The Gorman-Rupp Company had been coming to Stevens in Dayton for their aircraft maintenance for many years. The Gorman-Rupp Company was flying a King Air 200 and Jim was bringing his B60 Duke and V35 Bonanza to Dayton for maintenance,” Waltz said. “I was always drawn to Jim’s gentle ways and have always been amazed at the accomplishments he has made in his lifetime. I have always told Jim, ‘I want to be like you when I grow up.’ I am proud to say he is my friend.”

Jim Gorman was one of the founders of the Staggerwing Club after he bought a 1946 Staggerwing, which he and Marge loved and flew often. He helped organize the Beechcraft Heritage Museum in Tullahoma, Tennessee. He was recognized by the National World War II Museum in 2018. And he always flew to EAA AirVenture each year with his co-pilot from his time with the C–47 in the Pacific, Frank Moynahan. His favorite memories are of the Beechcraft museum events such as Beech Party, which is held each October at the Tullahoma airport. “I’ve really done everything I wanted to do in aviation,” Gorman said.