You could be the next astronaut

Philanthropy has always been central to Jared Isaacman’s aeronautical life, integral to his many record-setting flights, airshow performances, and now, his planned mission to space that he intends to use to fight childhood cancer while inspiring the world. He will command the first orbital flight with an all-civilian crew, and that crew might just include you. 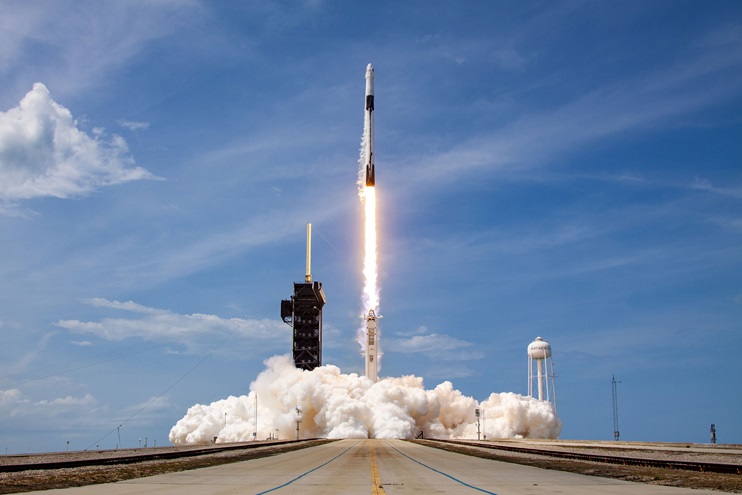 The SpaceX Falcon 9 rocket and Dragon capsule comprise the first U.S. spacecraft approved to carry humans since the Space Shuttle retired in 2011. Photo courtesy of Inspiration4.

Isaacman and fellow billionaire entrepreneur Elon Musk, the founder of SpaceX, announced February 1 that Isaacman has, in essence, chartered the Falcon 9 rocket and Dragon spacecraft that delivered two NASA astronauts to the International Space Station in 2020, the first astronauts launched from U.S. soil into orbit since the Space Shuttle program ended in 2011.

Two of the four seats are spoken for. Isaacman, an FAA certificated airline transport pilot who holds more than two dozen current world records ratified by the Fédération Aéronautique Internationale set on circumnavigation flights in business jets in 2008 and 2009, will command the mission.

The second member of the crew will come from St. Jude Children’s Research Hospital, Isaacman said in a video chat with AOPA.

“She’s a childhood cancer survivor who was treated at St. Jude Children’s Research Hospital, and grew up and became a health care professional and is working there, and is in the fight helping other kids to beat that illness every day,” Isaacman said. The mission, dubbed Inspiration4, also aims to be “the largest fundraising and awareness campaign in the 59-year history” of the nonprofit health care facility in Memphis, Tennessee. 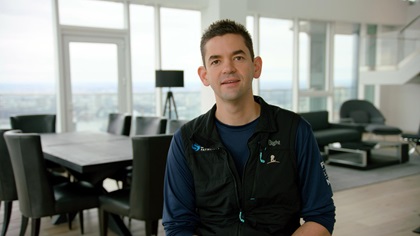 “The goal is to raise over $200 million,” Isaacman said, noting he has personally pledged $100 million, and Musk has also agreed to chip in. “I’m pretty sure we’re going to far exceed the donation objectives.”

And that is where you come in. Online donations to St. Jude collected via the Inspiration4 website will increase your chances of getting a seat on the Dragon. No purchase or donation is necessary, but every dollar donated adds 10 entries in the drawing, up to 10,000 entries.

The fourth crewmember will be chosen in a separate process: Entrepreneurs are invited to launch an online Shift4Shop commerce site and post a video on Twitter about how the business plans to change the world. An independent panel of judges will pick the fourth crewmember, Isaacman said.

“A month from now you’re going to have Inspiration4 together, and many of them right now are walking around, everyday people, and have no idea that they’re going to be fitted for a space suit in less than a month,” said Isaacman, who took up flying as a stress reliever. His aeronautical pursuits have led to many type ratings, always with an eye on achieving goals that date to his kindergarten days.

Isaacman, 37, is now a self-made billionaire who started his first company at age 16, after he spotted a business opportunity processing credit card transactions for hotels and restaurants. Shift4 Payments now handles more than $200 billion in such payments every year, according to a recent profile in Forbes. His net worth has surpassed $2.2 billion, the magazine estimates.

Isaacman, who also climbs mountains for fun, said he told his kindergarten teacher that he would be in space one day, after he got his 5-year-old hands on a library book about the Space Shuttle. “She said, ‘I’ll be watching from my rocking chair,’ and it’s all true.”

He began flying in 2004 and soloed in a Cessna 182, though he wasted little time moving up to turbine aircraft. In 2008 and 2009, he flew a series of record-setting flights in Cessna Citations, setting dozens of city-pair speed records, and, in April 2009, the current record for eastbound circumnavigation in a jet (3,000 to 6,000 kilogram class).

Those flights benefited the Make-A-Wish Foundation, and Isaacman said they remain among his most memorable, particularly the rides he gave to children battling life-threatening illness. 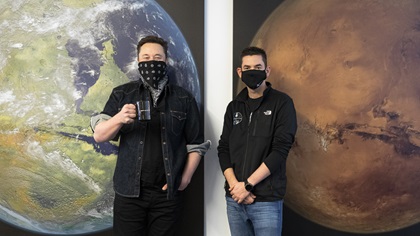 Isaacman sold Draken in 2019, and now satisfies his need for speed flying a MiG–29UB that he purchased from the estate of Microsoft co-founder Paul Allen.

“What a rocket ship,” Isaacman said of his supersonic fourth-generation fighter. “I’m trying to post pictures and video, because I just want to share it with the world. It’s too cool.”

Considering the risks involved in being among the first civilians to orbit the Earth, Isaacman expressed great confidence in the SpaceX Falcon rocket and Dragon spaceship in which he plans to orbit for a few days, possibly before the end of the year. (SpaceX announced the launch will take place no earlier than the fourth quarter; the Dragon dubbed Resilience is currently docked at the International Space Station.)

“I definitely believe that flying airshows, you know, 18 inches apart with wingtip overlap and 10 feet off the ground is an order of magnitude more dangerous than flying on Dragon,” Isaacman said.

Isaacman and his crew will train in much the same way that NASA trains its astronaut corps members.

“The Inspiration4 crew will receive commercial astronaut training by SpaceX on the Falcon 9 launch vehicle and Dragon spacecraft, orbital mechanics, operating in microgravity, zero gravity, and other forms of stress testing,” SpaceX noted in its own announcement. “They will go through emergency preparedness training, spacesuit and spacecraft ingress and egress exercises, as well as partial and full mission simulations.” 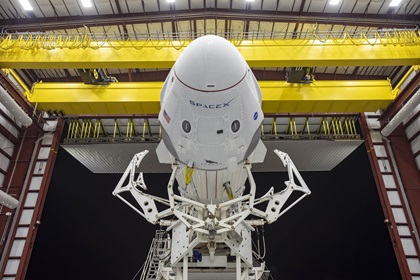 Isaacman said he is a big fan of Musk, and SpaceX, and described the collective effort to put civilians in space in the context of a new age of exploration.

“I do believe in a world where, you know, everybody is going to jump into their rocket someday, and maybe that’s 50 or 100 years from now, and we’re all going to live that super Star Wars, Star Trek dream, just a more interesting world as Elon puts it. I do think we’re going to get to [become] that multi-planetary species.”

While Musk has ambition to put humans on the Moon, and then Mars, Isaacman did not budge from focusing on the mission in front of him.

“One mission at a time, guys,” he said, then tapped the table to emphasize each word as he continued, “We’ve got to get this first one right, because if this goes wrong, it’s going to slip the timeline for everyone else to the right in a really big way.”

He said he has full confidence in the spacecraft, and what his orbital flight will mean to those who are inspired to follow, or to overcome adversity and to achieve goals and dreams like the one he has had since kindergarten.