Get the app Get the app
AOPA will be closing at 2:30pm ET Wednesday, November 23rd, and will remain closed Thursday and Friday in observance of the Thanksgiving holiday. We will reopen Monday November 28th at 8:30am ET.
AOPA Members DO more LEARN more SAVE more - Get MORE out of being a pilot - CLICK HERE
News & Media Winglets allow nonstop Maine-to-Florida flight

Editor's note: This story was updated January 28 after the fly-off was completed.

Weather played a big part in a dramatic fly-off between two Cessna CitationJets, one with and one without Tamarack’s active winglets. And the winner was… 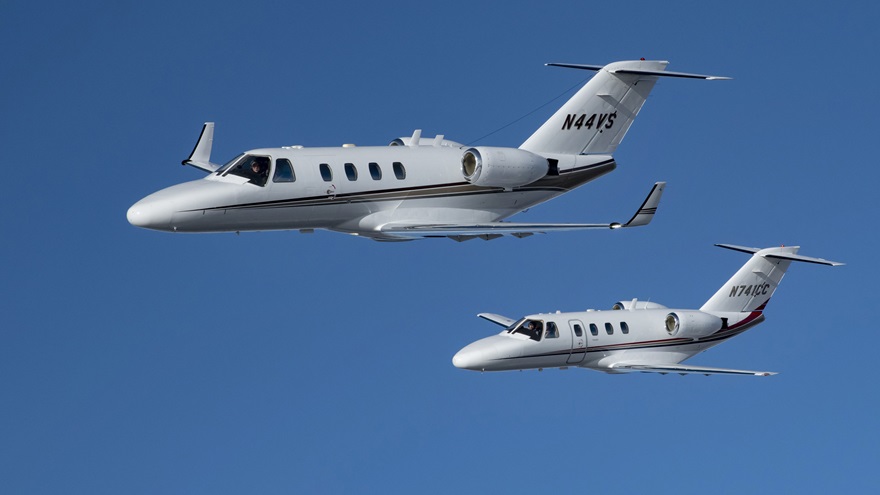 The weather proved a wild card in the January 26 real-world comparison between a Cessna CitationJet equipped with Tamarack’s ATLAS Active Winglet system (N44VS) and an unmodified, “flat-wing” CitationJet (N741CC). Both aircraft battled stronger-than-forecast headwinds, and the unmodified jet had to fly west of an energetic weather system in the eastern Carolinas to make a fuel stop. The National Aeronautic Association documented the race for a potential speed record between the city pair for this aircraft class.

The objective was to fly from Portland International Jetport to Palm Beach International Airport. N44VS, with active winglets installed, took off with a deliberate 200-pound weight penalty. It was able to fly nonstop to Palm Beach in four hours, 35 minutes, while burning 155 fewer gallons of fuel than the unmodified aircraft—which had to make a fuel stop in Columbia, South Carolina. 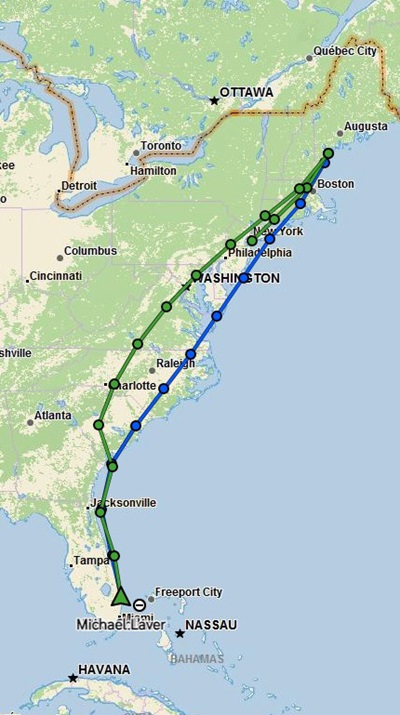 AOPA documented the fly-off, with multimedia journalists aboard both of the participating aircraft. A more detailed report will be published on AOPA Online soon.

“Active winglet mods on Citations can result in up to a 33-percent fuel savings, depending on weather conditions and other variables, so the active winglet competitor may make the [approximately] 1,292-mile trip without a stop," said Tamarack CEO Nick Guida, in a news release

“The fly-off is very exciting. I’m going to do my best to win the race,” Laver said prior to the flight. “This kind of race has never been done before, and it will put to rest once and for all any question about the value of these active winglet installations. I’ll pay attention to how high and how fast the active winglet jet performs.”

“I am very pleased with how the Active Winglets performed,” said Wick Zimmerman, who flew the Tamarack active-winglet-equipped aircraft. “Active Winglets provide dramatic fuel savings, increased safety benefits, and much more. I am glad that the aviation industry is able to see this game changing technology in action.”

Zimmerman made several cross-country flights that required multiple expensive and time-consuming fuel stops before he invested in active winglets for his CitiationJet. “Active winglets also make a dramatic difference getting into and out of places that are high and hot,” he added. “For example, when we’re operating out of Salt Lake City, the takeoff and climb is a game-changer. With Tamarack winglets, we went straight up to 40,000 in just under 26 minutes. We were still climbing at 500-plus feet per minute when we leveled off.”

Laver decided to participate in the race before his business in Aiken, South Carolina, was named Tamarack’s new East Coast Transformation Center.

Technical Editor
Mike Collins, AOPA technical editor and director of business development, died at age 59 on February 25, 2021. He was an integral part of the AOPA Media team for nearly 30 years, and held many key editorial roles at AOPA Pilot, Flight Training, and AOPA Online. He was a gifted writer, editor, photographer, audio storyteller, and videographer, and was an instrument-rated pilot and drone pilot.
Go to Mike Collins's Profile
Topics: Jet