Get the app Get the app
Get the latest news on coronavirus impacts on general aviation, including what AOPA is doing to protect GA, event cancellations, advice for pilots to protect themselves, and more. Read More
Already a member? Please login below for an enhanced experience. Not a member? Join today
News & Media Efficiency: Asphalt analysis

Rating runways before landing on them

When an airport directory  reports runway surface and other conditions online, where does that information come from? Generally it comes from FAA sources, but, like a pirep, it may not always reflect the current conditions—and understanding the criteria is key. 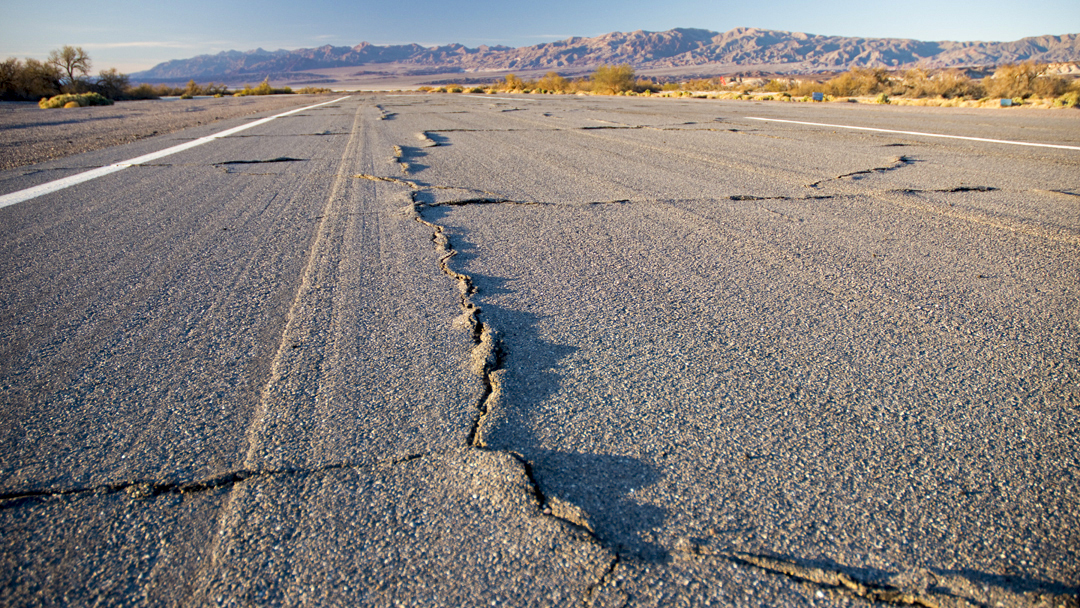 Weather-damaged   asphalt, like that on this runway, can cause serious damage if you land here; thermal cracks have pushed up ridges in the surface, and they’ll grab a tire if you’re not careful.
(Photography by Dennis K. Johnson)

An excellent source of runway information is AOPA’s Airport Directory (www.aopa.org/destinations) or on AOPA’s app. There, pilots can view the basic information that’s widely available about any airport—runway length and width, markings and lighting, fuel, FBOs; like many aviation databases, much of the information comes from the FAA. But AOPA adds other businesses, flying clubs, and restaurants, plus a satellite image and sectional chart. AOPA also adds a very useful feature: the airport review section. There, pilots can post reviews of the airport, whether the price of fuel is correct, the hamburger juiciness quotient, or the condition of the runway.

For example, on February 4, a pilot who’d visited Furnace Creek Airport wrote, “the Park Service has allowed this runway to deteriorate to an unsafe condition,” while on January 20, someone wrote, “the runway has not been maintained, but is not in such bad shape that I would stop flying to this oasis in the desert.” Another excellent advantage of AOPA’s airport reviews is that pilots can post photos, and there is currently one closeup shot of the thermal cracks in the runway. You won’t find that in the FAA database. —DKJ 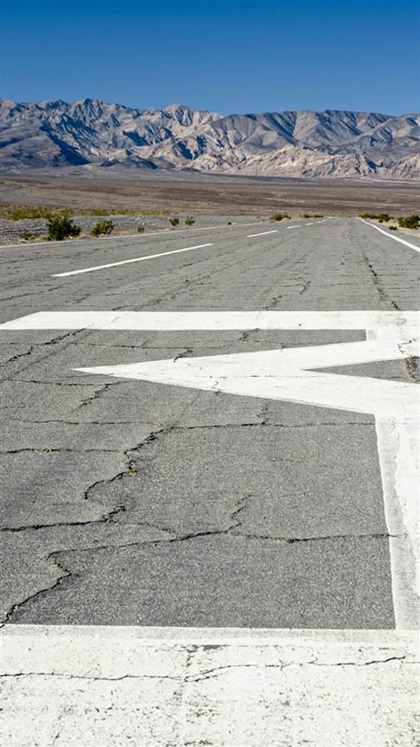 Recently, I was contacted by a Nevada pilot about the runway at America’s lowest-elevation airport, Furnace Creek Airport (L06) in Death Valley National Park. He wrote that it was in “horrible condition and our group in Las Vegas will no longer fly there until it is repaved.” He contacted me because I’d just written about Furnace Creek for AOPA Pilot (see “Pilot Briefing: Airports,” February 2020 AOPA Pilot ), so his words got my attention. The FAA airport database rated the runway surface as “good,” but since I’d not been there myself in a couple years, I contacted someone who had. He rated it “acceptable.” OK, now we have “horrible,” “acceptable,” and “good.” Is there any information a pilot can really trust?

The only way to judge, I supposed, was to go and see for myself, and I did that in late February 2020. That way I’d be able to rate the runway accurately. I found thermal cracks across the asphalt that had pushed up into approximately one-inch-high ridges. The extremely hot conditions in Death Valley must have heated the surface until it couldn’t expand any more without deforming. Except for these cracks and ridges, the surface was in good condition (in my opinion): flat, smooth, and solid. I’d land my airplane there, but I’d be extra careful once the tires touched down and keep my feet active on the rudder pedals, so a ridge didn’t grab a tire and cause a swerve.

As I walked over the runway, I realized the real problem. Sure, I was able to assess this runway in relation to my airplane and my abilities, but the hard part is communicating that condition to another person. Terms like “good” and “acceptable” are quite subjective; a runway that may be “good” to one pilot may seem unusable to another. If it’d been in perfect condition, that’d be simple, I could say there were no holes, cracks, or bumps; the surface was clean, solid, and flat. Or, I could say it was obviously unusable if it had numerous gaping holes that could burst a tire. But, of course, it couldn’t be that simple.

It was quickly evident that I couldn’t give a go/no-go statement about this runway for anyone except myself. Thanks to my digital camera, I could send photos to anyone interested in flying there and write, “Here’s what it’s like, decide for yourself.”

The runways at airports with commercial service are inspected by the FAA, but many local GA airports are only inspected by state aviation agencies or contractors—and some are inspected only every three years. A former FAA official told me that the FAA airport database is “pretty accurate” (just his opinion), but it does rely on the states or airport managers to make inspections and keep the data current.

What’s needed is a system for rating runways that would give meaning to subjective terms such as “good” and “poor.” Predictably, the FAA already thought of that and published a manual—the agency always has a manual—to help airport managers inspect their runways and rate them in a systematic manner. Then, they can upload the ratings to keep the FAA database accurate and current (two more subjective terms). If pilots know what a “good” rating means, they’ll have a better idea of the runway’s condition. It’s similar to the subjective terms “few,” “broken,” and “scattered” when describing cloud coverage; you have to know what “few” means, according to the FAA.

The FAA published the Pavement Surface Evaluation and Rating (PASER) Manual: Asphalt Airfield Pavements (there’s also one for concrete runways), which provides all the information you’d ever want to know about asphalt problems—raveling, rutting, polishing, shoveling, rippling, cracks, and potholes—plus a rating system. As the manual states, it “is intended to assist airfield managers in understanding and rating the surface condition of asphalt pavement. It describes types and causes of defects and provides a simple system to visually rate pavement condition.”

The manual notes that, “General aviation airfield pavements are often managed informally, based on the staff’s judgment and experience…using a slightly more formalized technique can make it easier to manage pavements effectively.”

A suggested first step is to “inventory” the pavements; i.e., make a list of all the runways (which could be further divided into sections), taxiways, thresholds, run-up areas, and parking ramps. Surfaces used by ground vehicles could also be included. An inventory simplifies tracking the condition of each section of pavement.

The manual instructs readers how to visually identify different types of “pavement distress” and their causes. It starts by categorizing the types as: 1. surface defects, 2. surface deformation, 3. cracks, 4. patches and potholes, and the causes as “environmental and structural”—predominantly the weather and normal wear and tear. A number of pages are devoted to photos of each type of distress, such as thermal cracks, reflection cracks, slippage cracks, edge cracks, joint cracks, block cracks, and alligator cracks.

The manual continues with a section on “rating pavement surface condition,” in which it offers five ratings: “excellent,” “good,” “fair,” “poor,” and “failed.” The distress of an “excellent” runway would be “none, or initial thermal cracks, all narrow (less than 1⁄8 inch),” while a “failed” runway would have “widespread, severe cracking with raveling and deterioration. Alligator cracking and potholes over 20 percent of the area. Distortion over two inches.” Numerous photos provide examples of each rating—what a “good” runway should look like and the amount of distress that determines its rating.

So, when using the PASER manual, a “good” runway does have a defined condition: “Additional thermal cracking. Cracks generally spaced more than 50 feet apart. Less than 10 percent of cracks and joints need sealing. Minimal or slight raveling. No distortion. Patches in good condition.” As for whether you should land on a “poor” or “failed” runway, only the “failed” runway elicits a note that reads “condition may be limiting service.” The FAA leaves it up to the PIC to decide if a runway is NG.

The PASER manual concludes with a section of “practical advice on rating airfield pavements,” which includes the statement that, “no pavement feature is entirely consistent, surfaces in one section may not have all the types of distress listed for a particular rating…the objective is to rate the condition that represents the majority of the pavement…and recommends rating a section by its worst part.”

Using the PASER manual is a good (in my subjective opinion) and systematic method for airport managers to plan future repair projects and budget for maintenance.

So, the next time pilots read that a runway is in “good” condition, it might mean something if they’ve read the PASER manual—and the runway evaluator referenced it as well. “Good” is still a subjective word, but the FAA has tried to put some reasoned logic behind it. And check all the related information, including “Additional Remarks,” which for Furnace Creek in November 2020 noted, “Rwy 15/33 Pavement Heaving; Extremely Rough Sfc.”

It’s clear that one pilot might land at Furnace Creek with caution, while another might consider it too hazardous. Every pilot must assess the risks in relation to their skills, experience, and the airplanes they’re flying. 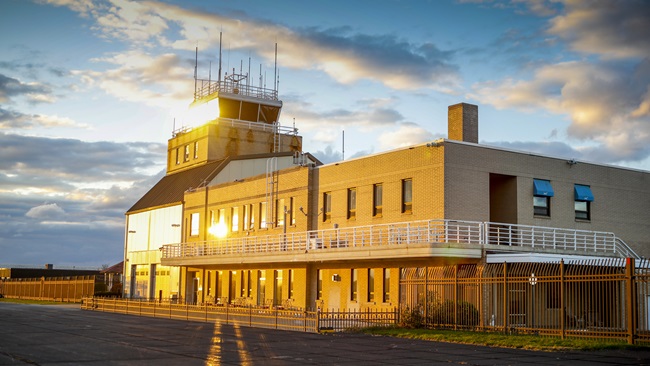 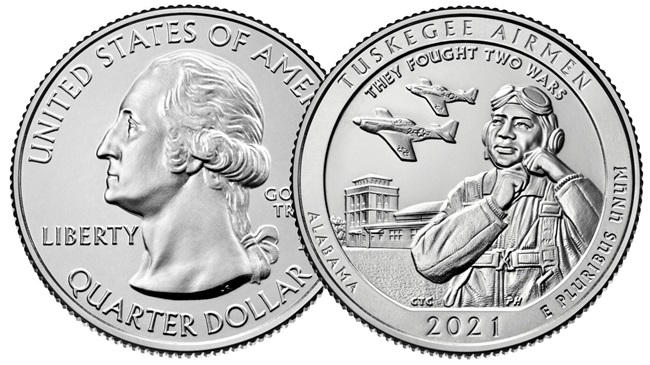