Get the app Get the app
AOPA Members DO more LEARN more SAVE more - Get MORE out of being a pilot - CLICK HERE
News & Media Passion, service, dedication: Meet Kenneth Thomas

Sometimes all it takes is one airshow, or several. That’s what did it for Kenneth Thomas, who is currently serving his country as a major in the U.S. Air Force Reserve and is also president of the Legacy Flight Academy. 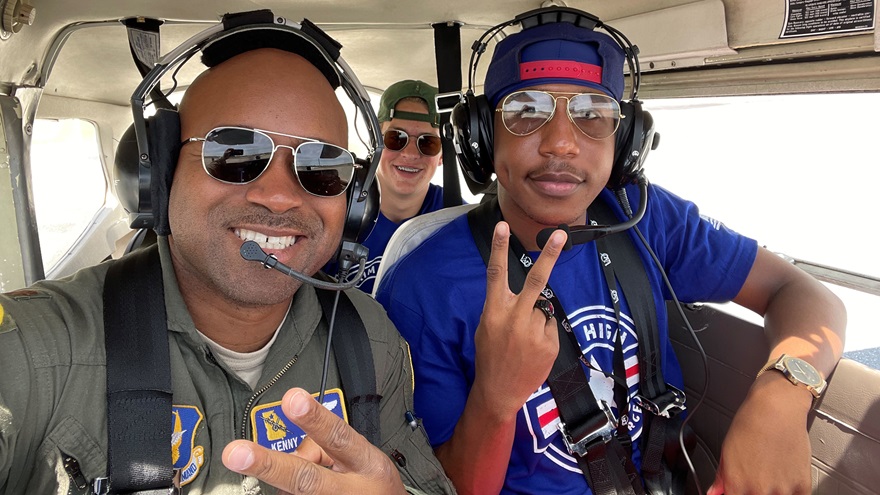 According to Thomas, “Legacy Flight Academy is a 501(c)(3) non-profit organization that works to expose youth from underserved and underrepresented communities to aviation and science, technology, engineering, and math (STEM) opportunities through character-based youth aviation programs that draw upon the legacy of the Tuskegee Airmen.”

Thomas used to attend airshows with his parents, who were both in the Air Force, and from a young age knew that one day, he, too, wanted to fly. To help him achieve his goal of becoming a pilot, he followed in his parents’ footsteps and joined the Air Force. Thomas went on to attend college at the University of Texas, San Antonio on an ROTC scholarship, and earned a bachelor’s degree in mathematics. At the same time, he also earned his commission to become a navigator on an E–8C Joint Surveillance Target Attack Radar System aircraft and finished his civilian flight training.

He is also a busy civilian flight instructor, instrument instructor, and multiengine instructor. Thomas also runs his own company as CEO and flight instructor with Kilo Tango Aviation, which provides aviation consultation and preparation services for aspiring aviators. He also volunteers as a T–28 warbird pilot for the Museum of Flight in Georgia.

Thomas also shares his love of aviation with his family: “My daughter recently earned her private pilot certificate and I am extremely proud of her. I encourage people to share their passions with their children. They may not emulate your career path, but they will emulate your passion.”

Thomas is passionate about inspiring and teaching the next generation of pilots, and ensuring that generation is made up of diverse, enthusiastic, and well-rounded aviators. AOPA caught up with Thomas to hear how his aviation journey led him to where he is today and what his plans are for the future. 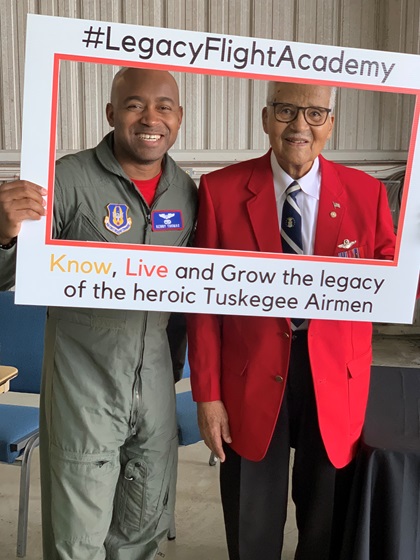 What is your ultimate goal within the aviation industry?

My ultimate goals include becoming a commercial airline pilot and to continue to work to have a significant impact on the accessibility of aviation and aviation opportunities in diverse communities.

Did you have any fears about getting involved in aviation and becoming a pilot?

I was most concerned about the unknown. I knew I wanted to become a pilot, but I didn’t know if I could achieve the goal. I felt as though I was running for an unknown distance without knowing where the finish line was. I didn’t know any pilots, so I didn’t have any real guidance on becoming one.

What accomplishments are you most proud of regarding your career in aviation?

I am most proud of being selected to be the commander of the Air Force’s Aim High Flight Academy. While the academy is the Air Force’s youth aviation program, it is also unique in that it is a deliberate effort by the Air Force to increase diversity in pilot career fields. The program works to do this by informing, influencing, and inspiring the nation’s future aviators. During the camp, students learn the fundamentals of aviation and work toward solo flights. The program participants range in age from 16 to 23. Assisting these students in realizing their potential and working toward an important aviation milestone has been particularly rewarding.

Legacy Flight Academy (LFA) began in 2012 as an aviation-focused summer youth program targeting underserved and underrepresented youth. In 2015, LFA expanded its programming, adding the Passion, Attitude, Responsibility (P.A.R.) Motivations and Eyes Above the Horizon (EAH) programs. P.A.R. Motivations are the backbone of LFA’s outreach efforts. P.A.R. Motivations are single-day public engagements that target all school-age students and aim to attract and identify the next generation of aviators through the power of representation (founded by Aaron Jones). EAH events are single-day flight orientation and STEM-focused events targeting school-age children ages 10 to 19. EAH events occur all over the country and aim to develop and foster an interest in aerospace careers through flight introductions, mentorship, and historical immersion. The original summer program, now referred to as the Double Victory Flight Program (DVFP), is a two-week summer flight program designed to provide high school students with ground and flight training culminating in "solo" flights by the end of the program.

The ideas for the program came about after my fellow co-founders and I reflected on our journey to become pilots. I personally recalled wanting to fly and not knowing how to get there. I wanted to ensure that there were pathways to and opportunities in aviation for minority youth.

What do you feel Legacy Flight Academy has accomplished so far?

Legacy Flight Academy recognizes the power of collaboration. This organization has provided me with an opportunity to not only reach students personally, but to also collaborate with other organizations with a similar mission to reach even more students. Since the 2015 inception of our Eyes Above the Horizon program, over 1,500 youth have received free flights introducing them to aviation. Over 30,000 students have been inspired through our P.A.R. Motivations efforts. Over 45 students have completed our DVFP attaining over 650 total flight hours.

Beyond just the numbers, we’ve not only made aviation more visible, we’ve made aviation career opportunities more attainable for people of color. We have helped to expose young people to these unique opportunities and to potentially pursue careers in aviation.

What obstacles do you feel you’ve had to overcome while working in the aviation industry?

Lack of examples in people who are representative of me. Having a lack of access to pilots who had accomplished the goals I was attempting to pursue was very challenging, especially early on in my career. My own experiences in part led me to form LFA to help reduce similar obstacles for others.

What are your thoughts on diversity within the aviation field?

The aviation industry could benefit from increased diversity and representation. Less than 2 percent of pilots are African American. The lack of diversity is an issue that needs to be addressed. Diversity and representation matter. The aviation industry should represent America. It should be recognized that organizations are focused on increasing diversity with programs that prepare aviators from all backgrounds to be motivated, educated, and prepared to be competitive in aviation. Not by lowering the standard.

What is your advice for anyone interested in pursuing a career in aviation?

Look to connect with people in the industry. One of the ways to do that is through joining aviation-focused organizations. Seeking mentorship will provide you with access to others who can help to answer questions and provide you with guidance on pursuing your aviation goals. Lastly, don’t give up. If you want a career in aviation, you can do it. Have a plan and work hard. 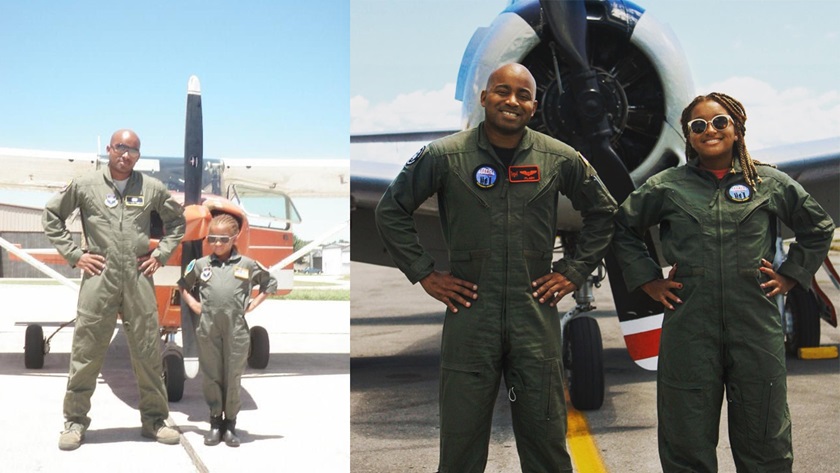 Senior Manager of Media Relations and Public Affairs
AOPA Senior Manager of Media Relations and Public Affairs, Jennifer Non joined AOPA in 2017. A former traffic reporter turned media relations specialist, and native Washingtonian, she enjoys traveling and is working toward her private pilot certificate. She was recently honored by Ragan Communications and PR Daily with a Top Women in Communications Award, in the Diversity, Equity & Inclusion Champion category and is also a member of the Board of Nominations for the National Aviation Hall of Fame.
Go to Jennifer Non's Profile
Topics: People, Aviation Education Programs