Get the app Get the app
Already a member? Please login below for an enhanced experience. Not a member? Join today
News & Media Western wildfire smoke affecting weather in eastern states

Smoke from distant wildfires has been showing up as an obscuring haze in weather observations at airports across the Northeast just as thousands of pilots have begun preparations to fly to Oshkosh, Wisconsin, to attend EAA AirVenture, which begins July 26. 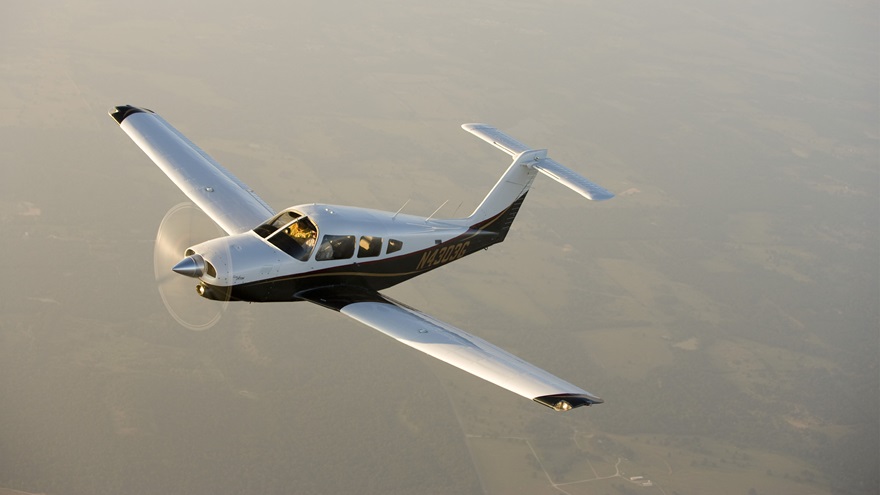 As far east as Bangor, Maine, hourly meteorological aerodrome reports, or METARs, reported visibilities close to marginal VFR conditions in haze, with local TV meteorologists explaining to curious viewers that the jet stream had transported smoke clear across the continent.

The dialogue between the experts and individuals who could see and even smell the smoke played out in social media exchanges.

“@KeithCarson, do you have any details about any fires that would be the cause of the ‘haze’ today over Sugarloaf/Carrabassett Valley? It actually smells like burning rubber & brush,” a Maine television viewer inquired on Twitter of TV meteorologist Keith Carson.

In Massachusetts, the state Department of Environmental Protection warned residents that a “significant smoke plume from US & Canadian #wildfires has moved over NE, causing fine particle levels to elevate into Unhealthy for Sensitive Groups range today” in all parts of the state except its coastal area, Cape Cod, and offshore islands.

By July 21, a cold front approaching the Northeast was expected to sweep out much of the particulate pollution with visibility improving for the time being. However, pilots headed for Wittman Regional Airport in Oshkosh and other area fields would be well advised to monitor local conditions for their arrival and be able to decode pilot reports such as the one filed that morning by a Cessna 172 pilot at 3,500 feet that read “OSH UA /OV KOSH /TM 1319 /FL035 /TP C172 /SK OVCUNKN /WX HZ.”

In a morning forecast on July 21, the National Weather Service noted that the cold front could spark thunderstorms but “will also help rid the atmosphere of wildfire smoke that was recently transported from western North America. In the meantime, Air Quality Alerts remain in effect for parts of the Mid-Atlantic.”

The New York Times dedicated extensive and interactive coverage to the weather conditions that it described as “covering skies in a thick haze and triggering health alerts from Toronto to Philadelphia.”

“In recent weeks, a series of near-relentless heat waves and deepening drought linked to climate change have helped to fuel exploding wildfires. In southern Oregon, the Bootleg Fire grew so large and hot that it created its own weather, triggering lightning and releasing enormous amounts of smoke. But more than 80 large fires are currently burning across 13 American states, and many more are active across Canada,” it said.

For general aviation pilots, the presence of haze in a weather observation or forecast deserves more than passing notice. Reported visibility—especially if generated by an automated system—can be a subjective value depending on the position of the sun, your direction of flight, and cruise altitude.

Pireps help—so file one if able—but it is important for VFR pilots to guard against being lured into flying in thickening haze that could make flight by visual references difficult, elevating risks such as losing control of the aircraft or controlled flight into terrain or obstructions. Especially when flying along an unfamiliar route, select an altitude well clear of obstructions but note that the top of the haze layer may still remain out of reach.

When flying VFR, make it your practice to set a minimum visibility below which you will not continue. Make frequent estimates of in-flight visibility and monitor nearby airports’ weather reports to help maintain awareness of the route’s weather trend and as alternate destinations in case diversion is necessary.

Requesting radar flight following is always a good idea on a VFR cross-country, and if visibility is less than ideal, the value of receiving air traffic control services for collision avoidance is enhanced.

Be prepared to share your weather observations with ATC. According to the Aeronautical Information Manual (Section 7-1-18), “FAA air traffic facilities are required to solicit PIREPs when the following conditions are reported or forecast: ceilings at or below 5,000 feet; visibility at or below 5 miles (surface or aloft); thunderstorms and related phenomena; icing of light degree or greater; turbulence of moderate degree or greater; wind shear and reported or forecast volcanic ash clouds.

“Pilots are urged to cooperate and promptly volunteer reports of these conditions and other atmospheric data such as: cloud bases, tops and layers; flight visibility; precipitation; visibility restrictions such as haze, smoke and dust; wind at altitude; and temperature aloft,” it says.