Get the app Get the app
News & Media FAA’s Dickson: LODA is ‘a four-letter word’

‘Easier than sending in an address change’

“Let me start out by addressing an issue that is a source of frustration for many of you, and for me as well,” said FAA Administrator Steve Dickson. “It’s a four-letter word spelled LODA,” he told pilots during a Meet the Administrator session at EAA AirVenture July 29. “I’m not any happier about this situation than you are.” 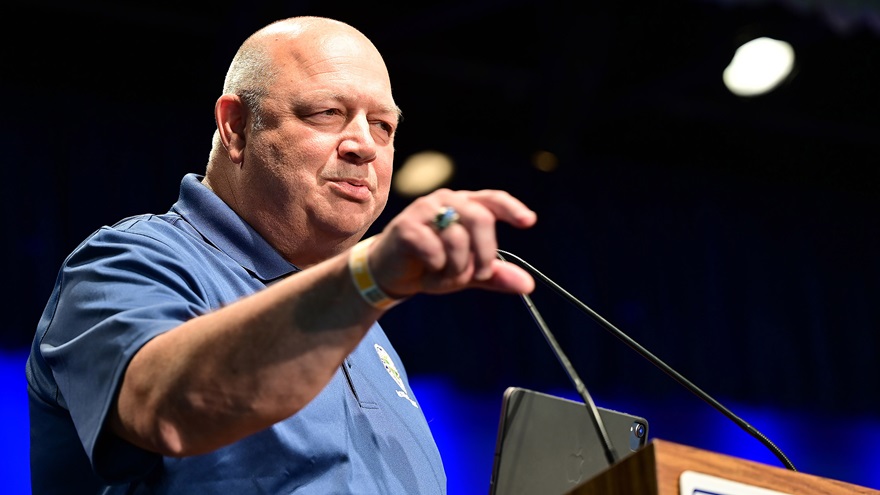 LODA is a letter of deviation authority, which, as of July 12, is now required for owners of experimental aircraft to receive training in their aircraft from a CFI. The FAA’s change in regulatory interpretation characterizing payment for flight instruction as payment for carrying a person for compensation or hire has stood flight training in experimental, primary, and limited category aircraft on its head. At this time, the FAA indicates flight training in standard category aircraft and light sport aircraft is not impacted.

However, the agency did not have to take any action on the matter, which stems from a court proceeding earlier this year. Nonetheless, FAA attorneys seized on the language in the non-precedent-setting ruling to force owners of aircraft in the limited, experimental, and primary categories to complete paperwork exercises that do not add to safety and may cause some to defer training. Dickson called it “a document drill” and explained “it was a loophole we had to close.”

He went on to assure attendees that the FAA does not intend to perform ramp inspections for compliance with LODAs. “I just want to allay your concerns. Our inspectors are not out there conducting active surveillance. We are not looking for issues, but if something falls into our lap, we’ll look into it accordingly.”

Some pilots contemplating participating in the program are concerned the agency will use the completed forms as a fishing expedition to do ramp checks or provide a higher level of oversight. Anyone who experiences issues with their LODAs is asked to contact AOPA to report their experience.

Dickson added that it was a good news-bad news situation. “The good news is that we have found a way to work together quickly and efficiently, but it is not what I preferred to be talking about to you … at my first AirVenture.”

AOPA objects to the FAA’s newly revised policy clarifying flight training for compensation—which could include anything of value—during operations in experimental category aircraft, warbirds, and other aircraft with special airworthiness certificates. The policy statement establishes an expedited electronic process for experimental category aircraft owners, who have gathered at AirVenture by the thousands, to obtain a required LODA for flight training in their own experimental aircraft.

“It’s not the first thing I wanted to talk about, but the only thing I know how to do is address this head on,” Dickson added. “The bottom line is this thing doesn’t say what we want to say,” but it could take several years before additional measures are put in place to clear up the situation brought on by a company operating warbird aircraft during instructional flights. Dickson said the LODA would be “in place for 48 months.”

He made a point to “assure everyone this will not pollute other things. We want to rewrite the rule, but the problem is that this takes a lot of time. We set up a solution for the near future and that was for owners and operators to set up a letter of deviation [authority]. I told my people, ‘If we have to do this, make it as painless as possible.’”

Dickson said the process is “really easier than sending in an address change for your pilot license. Name, rank, and serial numbers—that is essentially what it is.” Dickson said the agency has received “a little short of 3,500 submissions and issued about 3,000 approvals, so we’re turning these around quickly.”

He pointed out there are signs with quick-read codes placed around the AirVenture grounds so pilots can “scan it with your phone” and send in the information. “This is not your father’s FAA,” Dickson said. (The agency also posted a template with instructions in which the required information can be typed, and the document saved and emailed to the FAA for signature.)

Regarding MOSAIC, the modernization of special airworthiness certificates, Dickson said the effort to improve and simplify approvals for aircraft and modifications is in rulemaking and will be released in September 2023, many years after it was first conceived. Among the changes, though, will be an expansion of the LSA rule to encompass four-place aircraft and to allow for electric propulsion.

When asked about the five-year report to Congress about the impact of BasicMed medical certification reform, Dickson acknowledged that there didn’t appear to be any data to suggest any safety issues with those using BasicMed. “It’s looking promising,” he said, but declared that more time was needed to develop a complete picture.

Dickson is a longtime airline transport pilot with Delta Air Lines, and he is attending his first AirVenture because the coronavirus pandemic scratched the 2020 event. “We’re not liking the situation [with LODAs] any more than you do, but we appreciate your cooperation with the rule as it currently exists.”

During closing remarks, he thanked aviators for their passion and said that aviation is experiencing the most exciting time in decades because of advances in technology that have made flying safer and more affordable. “We’re a lot stronger together than we are separately. When you look at the long game we can see the same things. That’s what ties us all together, and that’s why I’m so enthusiastic about aviation.”