Get the app Get the app
Already a member? Please login below for an enhanced experience. Not a member? Join today
News & Media Musings: The thrill is back

Memories of first flights, great people, and a hope to fly again

I see a lot of general aviation aircraft flying around Davie County, North Carolina, and last fall I found the nearby Sugar Valley Airport. As I stood by the runway a flood of memories hit me and rekindled my interest in aviation. 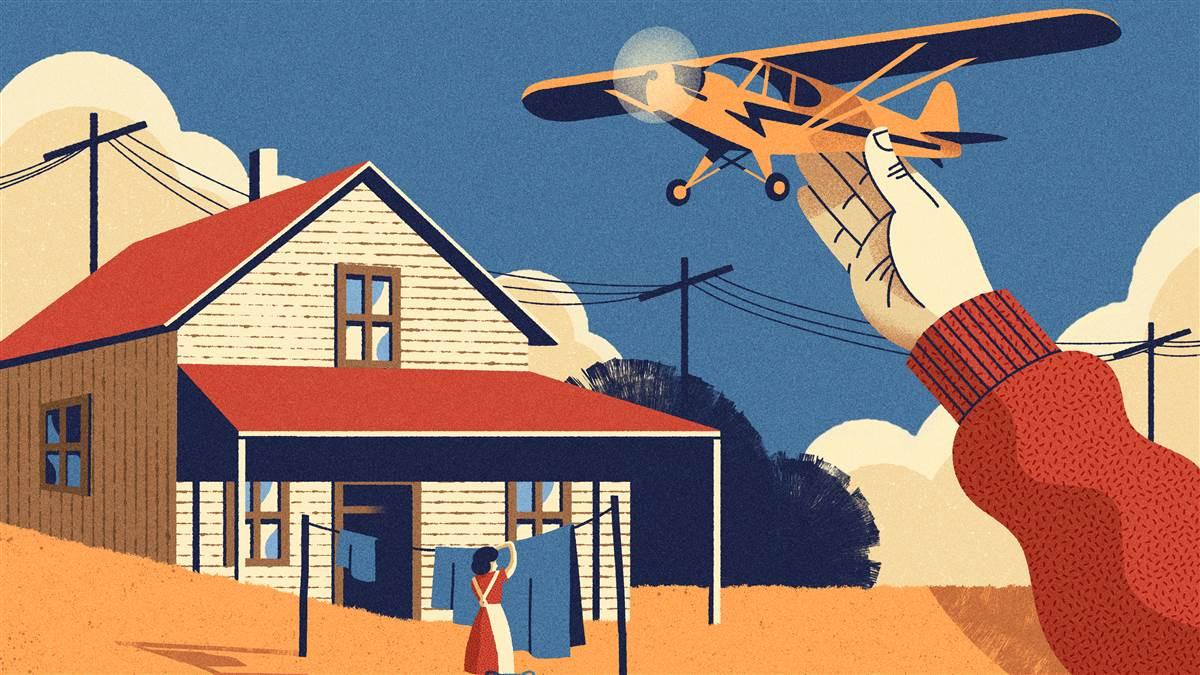 It all began for me in 1953, on Jacksonville Road in Towaco, New Jersey. I was just 13 and had been working an annual summer job on a local truck farm. It was a couple of miles from home and my daily bike ride took me past a small grass airstrip. One day after work I stopped to ask the pilot I had seen there if he would give me a ride. He said yes, but it would cost $5.

I dashed home to get the money from my savings and rode back as fast as I could to get my very first ride in an airplane. I recall my mom asking where I was going so fast, and I think I said something like, “I’m in a hurry, I’ll tell you later!”

When I got back to the airport, I gave the pilot the $5 and in no time, we were taking off in what I learned was a Piper Cub. This was a long time ago, but I think the ride lasted about 30 minutes. It was exciting to look down from the air and see all the places I knew.

When we got over our house, I could see my mom outside hanging laundry. As we continued to circle it did not take her long to figure out where I had gone in such a hurry. By the time we landed she was already there. It was embarrassing the degree to which she chastised the pilot for taking a minor for an airplane ride without parental permission. She also made it clear my dad had just passed away earlier that year, that she was my sole guardian, and that the pilot better never take me flying again. He never did; he crashed that Piper Cub some months later and died.

I dashed home to get the money from my savings and rode back as fast as I could to get my very first ride in an airplane.Then I remembered Dick Plahn, the man who taught me to fly. I had worked with him at Aircraft Radio Corporation, a Cessna subsidiary in Boonton, New Jersey. Dick was an engineer, and I was advertising and public relations manager.

Dick passed away some years ago at the age of 98. His obituary included a short paragraph of his military history. I knew Dick very well, and in all the years we worked together, and during my many hours of flight training, he never once mentioned World War II.

He had enlisted in the Army Air Corps in 1941, and by 1943 he was a fighter pilot in the 71st Tactical Reconnaissance Group in the South Pacific, where he was awarded the Distinguished Flying Cross, an Air Medal with two oak leaf clusters, and the Asiatic-Pacific Campaign Medal with two bronze stars and the South West Pacific service ribbon. He even survived being shot down by ground fire over Manokwari, Indonesia, on a bombing and strafing mission to Sorong. His P–51 was hit hard, but he got enough altitude and distance to bail out over the sea before his engine quit.

Dick served 28 years on both active and reserve duty and retired a lieutenant colonel. He was the nicest and most unassuming man I have ever known, and a pilot beyond anything I imagined. I wish I had a photo of us with the 150 the day I soloed!

At Cessna/ARC, we had a company flying club with a 150 and a 172. The aircraft were owned and insured by Cessna; and were kept at Caldwell-Wright Field. The flight time and CFI costs were minor.

I moved to California and at RCA I was initially advertising and publicity manager, and later a marketing manager. Unfortunately, RCA did not have a flying club, so I flew out of Van Nuys, where the Beech dealer had a fleet of airplanes ready to rent.

I even flew out to Catalina Island a few times and that’s no simple trick. You don’t want to be too high on approach to this relatively short runway, or too low where any sudden downdraft could put you into a cliff. On departure it’s hard to see how much runway is left until rotation speed, causing an impulse to rotate too soon, knowing you might go off a cliff. I first went with a friend who knew the drill. After lunch at Avalon, I well remember being nervous about the weather. By the time we got back for takeoff, a huge cloudbank had built up on the departure end. I could not visualize how close it was to the end of the runway, but I knew I did not want to fly into it. I applied brakes up to full power and then released them, we were quickly in a right turn to blue sky and the return to Van Nuys.

Flying is now far more complicated and technical than when I had flown around New Jersey, New York, and Pennsylvania; and later flying a Beech Musketeer and a straight-tail Bonanza out of Van Nuys. But I now have my new plastic airman certificate, and I’m just waiting for medical clearance. I have already completed ground school and hope to find a local CFI for some dual time and a signoff to solo. I have no plans for flying across the country, just to get current, and solo again. In the final analysis, it will all depend on my judgment. If I don’t feel competent and comfortable, I will just be satisfied with some dual time to bring back my memories of flying when I was young, confident, and competent.

I can’t believe I actually did all this, and maybe I’m crazy to think I could do any of it again. During all the years I was an advertising manager, and placing ads in the AOPA magazine, I never had the wildest thought that one day I might be writing in the AOPA magazine. But I’m still here, which proves I made it! Around the world in 8 days