Get the app Get the app
Already a member? Please login below for an enhanced experience. Not a member? Join today
News & Media CAU establishes $1 million in scholarships 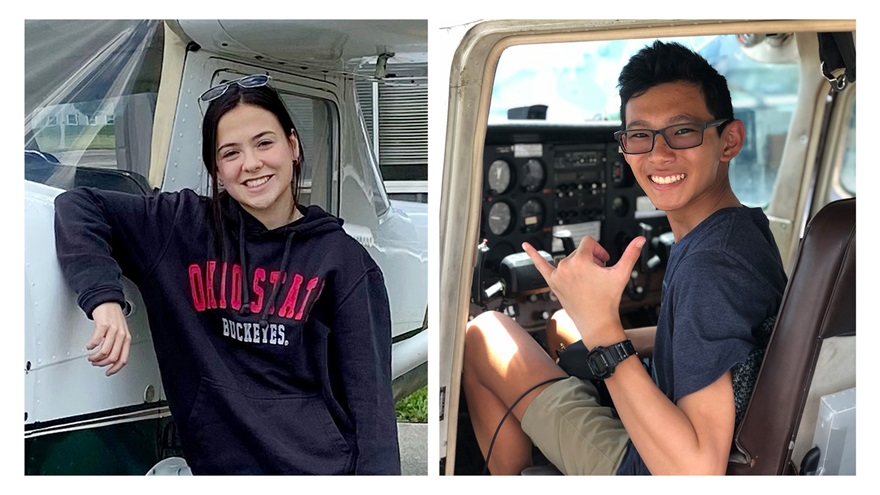 CAU on May 26 established the Reaching New Heights Scholarship, which will award 100 scholarships of $10,000 each to students applying for an aeronautics degree program at any of the growing university’s four locations.

High school students must have at least a 2.5 cumulative grade point average to qualify, and the awards will be distributed evenly throughout the recipient’s program.

“California Aeronautical University understands the barriers and challenges presented to many pursuing a career as a professional pilot,” said CAU President Matthew Johnston. “Our hope is that this scholarship will help turn a dream of flying into reality for many aspiring aviators.”

The Bakersfield, California-based institution operates flight center locations in Oxnard and San Diego, and recently expanded operations to include an Arizona campus.

The LeRoy W. Homer Jr. Foundation presented scholarships to Caitlyn Brough in Columbus, Ohio, and Shafer Kam in Honolulu, Hawaii. Brough said she hopes to attend the U.S. Air Force Academy, and Kam said he plans to pursue an airline career. The awards are named in honor of United Airlines Flight 93 First Officer LeRoy W. Homer Jr., who died on September 11, 2001, during an al-Qaida terrorist attack on a jetliner near Shanksville, Pennsylvania, when all aboard were killed.

The LeRoy W. Homer Jr. Foundation announced an “Honoring the Past, Inspiring the Future” event that will take place on August 28 in Philadelphia as part of the twentieth anniversary and remembrance of the attacks on Pennsylvania; New York; and Washington, D.C.

“Being able to offer flight scholarships has been so rewarding,” said Melodie Homer, the foundation’s president. “It’s an opportunity to see these individuals’ dreams become a reality.” The foundation’s mission is to encourage and support young adults who wish to pursue aviation as a professional career.

The United States Air Force Academy Class of 2024 recently named the late Homer Jr. as its Class Exemplar, a person who becomes the honorary class leader because he or she "exemplifies" the type of person the class wishes to emulate. Third-degree (sophomore) cadets have selected an exemplar each year since 2000.

“My goal is to lead by example, sharing my story, while being a ’loud‘ voice to inspire young girls and women of all ages, to follow their dream of flight,” Harrison-Dooley said May 21.

Three students from the Academy of Aeronautics and Aviation at V.R. Eaton High School in Texas have received scholarships to pursue their interests in flying and aviation maintenance.

The AOPA Foundation has awarded more than $1.1 million to 124 scholarship recipients, including high school students and teachers, aspiring pilots, pilots in training, and pilots pursuing advanced ratings. Since 2012, the AOPA Foundation has awarded nearly $4 million in scholarships. This year’s scholarship winners included a diverse group of pilots and future pilots, ranging in age from 15 to 62. More than 40 percent of the recipients are women, and more than 20 percent are people of color.