In the not-too-distant future, the routine flow of radio traffic at Maryland’s Salisbury-Ocean City Wicomico Regional Airport may include callouts from drones flying within the Class D airspace a stone’s throw from two runways that serve general aviation and commercial aircraft. 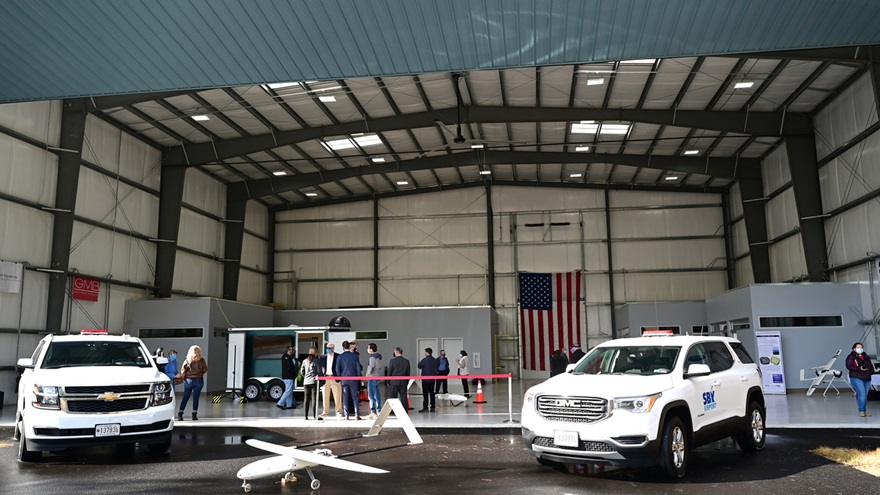 In February 2021, a new 7,800-square-foot UAS Autonomous Innovation Center was dedicated at the Salisbury-Ocean City Wicomico Regional Airport in Maryland. In the foreground is a UAV Factory Penguin B. Photo by Ed Chambers, used with permission.

The vision of this towered airport in rural Maryland becoming an unmanned aircraft systems (UAS) hub for the Northeast was born of ambitious thinking and collaboration between state and local governments, private enterprise, educational institutions, and the airport itself.

The airport, while rural, is not a sleepy field. It is headquarters for Piedmont Airlines, home to roughly 60 GA aircraft, a center for FedEx cargo, and a base for other commercial and public safety operations. Military aircraft from nearby bases are frequent visitors.

In February, a purpose-built 7,800-square-foot UAS Autonomous Innovation Center was dedicated on the airport grounds, nestled in the crux of southern runway extensions. The new hangar space will serve as a UAS think tank and a consulting, training, research, and testing facility with the goal of recruiting industry and creating jobs. Stakeholders hope that it will help transform the airport into a soup-to-nuts solution for drone innovation and commerce. Two key anchor tenants, Sentinel Robotic Solutions (SRS) and Kilroy Aviation, are in place to help propel the vision.

While the FAA’s official Beyond program participants continue their sanctioned exploration to help inform the potential of commercial UAS operations, other regional players are independently applying their specialties and research capabilities to much the same end.

A multitude of businesses and institutions scattered around the busy special-use airspace of the Chesapeake Bay and Delmarva Peninsula are working independently but single-mindedly toward the future of UAS operations. The University of Maryland, for example, made headlines in 2019 when it successfully used a drone to transport a human kidney to a waiting patient several miles away. 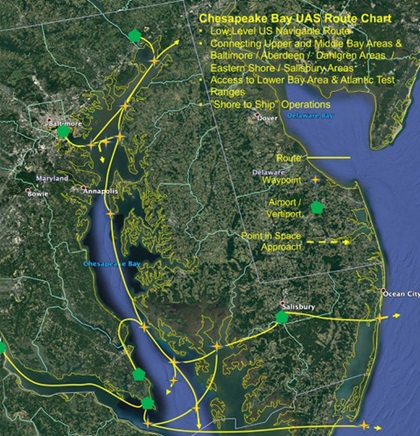 Matthew Scassero, director of the University of Maryland UAS Test Site, said in a recent interview that the university had just completed its Chesapeake UAS Route Network feasibility study to help define next steps in allowing UAS, big and small, to coexist with manned aircraft. Scassero said, “We really think the answer is fully integrated airspace, not segregated ‘soda straws.’”

The study has been shared with the FAA. Under such a network, flights could operate on-demand missions, navigating from node to node on the network. Scassero knows that realization of such a network would be an iterative process as the FAA seeks the holy grail of larger-scale integration, including solving for broadcast ID and detect-and-avoid technology. An example early test case for the network might be a low-level east-west flight between Baltimore and Salisbury, before testing north-south flights.

Scassero is based at St. Mary’s County Regional Airport, across the Chesapeake Bay from Salisbury. There, UMD’s test site keeps the good company of a new tech incubator and a research building that will be dedicated to autonomous technology of all types, not just air.

The UMD test site sits just outside the northwest border of naval restricted airspace and southeast of the Washington, D.C., Special Flight Rules Area. Referring to the complexity of integrating the surrounding airspace, Scassero said, “If we can do it here, we can do it just about anywhere.”

Scassero emphasized that good communication and outreach to the public (which includes GA pilots) is an important part of UAS growth. “We want to be transparent with the public and let them know what we are doing.” Town halls have been one example of that.

At Salisbury, the newly christened UAS center’s anchor tenants have some impressive credentials. SRS is already established in the area, with years of UAS research, testing, and consulting on civilian and military projects. The company knows the FAA communication pathways well, and offers consultation with businesses that will need certificates of authorization and advice on the feasibility of a UAS business plan. Clients include other airports that wish to replicate what Salisbury is striving to become in the UAS arena. SRS was an early cook in the UAS kitchen brainstorming with Dawn Veatch, then Salisbury’s airport manager, who saw the economic potential for UAS operations out of Salisbury. Veatch made the financial case for building the new facility, as well as other improvements to the field, and chased investors and grant money. She recalls telling SRS CEO Peter Bale not long after assuming her position, “We need to establish a drone hub here.”

Contributing to the envisioned UAS turnkey solution at Salisbury is co-tenant Kilroy, which specializes in aircraft type and production certification, product integration, and consultation. Kilroy’s principal partners boast experience with giants like Boeing Co., have FAA experience themselves, and are adding unmanned systems to their repertoire of type and production certification approval authority. Their work ranges from incorporating HEPA filters into air carrier fleets to larger-scale modifications. For example, Mike Borfitz, a Kilroy partner, is proud of his signature of approval on a modified Boeing 737 that can now safely carry fire retardant after the belly was cut out and redesigned for Coulson Aviation.

Simply put, an environment is developing where someone with UAS ambitions can move their vision from concept, business plan, and drone design to testing and production and certification with all the right experts locally involved. Borfitz said, “If you can find another region with this sort of integrated, front-to-rear support, I'm very curious to know who they might be.”

So, what about actually learning to fly your drones safely, legally, and with situational awareness? SRS provides in-person, hands-on Part 107 training that goes well beyond what is needed to pass the FAA written exam. SRS has relationships with six area colleges and community colleges and plans to offer science, technology, engineering, and math programs this summer.

Bryce King, SRS director of aviation programs, proudly ticks off the comprehensiveness of the company’s Part 107 training. It starts with helping clients determine what drone they should buy, including advising against purchasing more than the intended use can justify. It continues with all aspects of prepping a drone for flight, ensuring airspace permissions are approved, checking weather, and securing insurance. Radio communication is covered, and of course, there is hands-on flying with the actual drone that the client will be using. The company also familiarizes clients with the various UAS software such as DroneDeploy, and makes certain that students know their aircraft operation and maintenance procedures well.

With an office at Salisbury, SRS will be better able to accept individuals or companies that want to find their way in commercial drone use. The hope is that some clients will seek local careers involving UAS. In the rural Maryland area that could include utility, real estate, agriculture, and maritime flying.

Annette Garrisi, a private pilot living in the Ocean City area, saw UAS as a promising tool for agricultural mapping and commercial real estate. She spoke highly of the practical, hands-on UAS training she obtained from SRS, including speccing out her DJI Mavic 2 Enterprise: “I like taking directions from someone that knows what they’re doing and I think SRS’s training is geared towards a true pilot’s perspective. They listened to me and gave me the right advice.”

The future of integration

Current Salisbury airport manager Tony Rudy, a pilot himself, considers SRS and Kilroy lynchpins in moving the airport to the next level of UAS operation and attracting associated manufacturing and jobs. SRS already has a waiver to operate within the Salisbury Class D airspace, and shares University of Maryland UAS Test Site director Matthew Scassero’s goal of integrated airspace with established routes.

King described how a client will be launching a 200-plus-pound, Class 3 UAS from Salisbury’s runways this summer, venturing eastward over the ocean with a maritime payload to test. A chase-plane will be involved for safety, keeping sight of the drone and communicating with air traffic control. 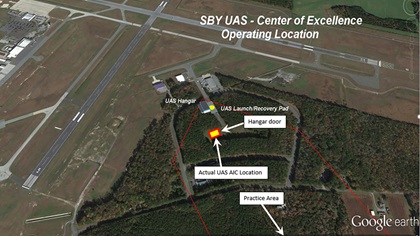 King describes what SRS sees as the future of UAS integration with commercial, military, cargo, and GA traffic. “They will all operate in harmony, and it’s pretty much transparent, just as it is now. You’ve just added another player. If I’m a GA pilot, I’ve got to check notams, file a flight plan, call up the tower and coordinate with them, look at the weather, talk on the radio and…go fly. [Adding drones] should work harmoniously like any other airport. At least that’s the vision and what we’ve been trying to do.” It’s no coincidence that he and Scassero are on the same page.

Salisbury has achieved a critical mass of smart, like-minded people of different aviation disciplines and areas of expertise, all working to advance the future of drones for commercial and humanitarian pursuits. Rudy is excited about this future.

“This stuff seems to build on itself. The more we get excited about this, the more stuff actually starts happening. People take notice and more people want to jump in and be part of this whole effort here at the airport.” Veatch expressed similar confidence in the potential benefits of UAS operations. “It’s coming, it’s here to stay and it’s going to grow gangbusters.” 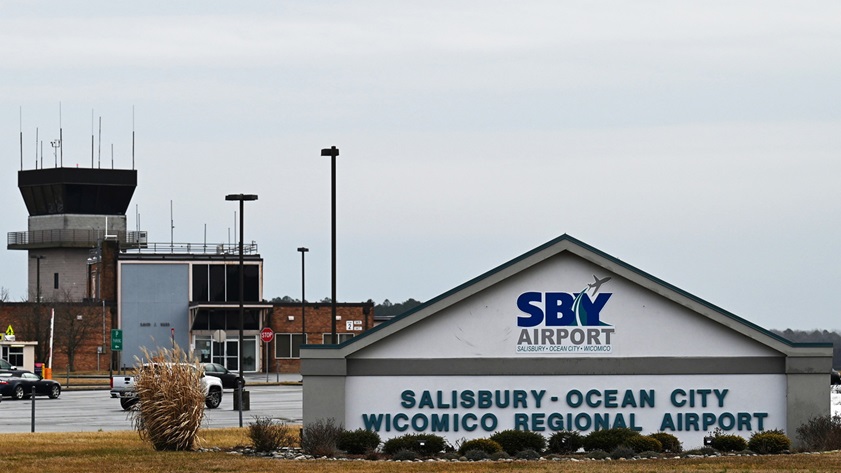 Zach Ryall of Austin, Texas, satisfies his passion for aviation between a Mooney M20E and his DJI Phantom 4 Pro. An instrument-rated private pilot and certificated remote pilot, Ryall retired from a 41-year career as a photojournalist and media manager.
Go to Zach Ryall's Profile
Topics: Drone, People, Technology