Get the app Get the app
News & Media Training Tip: Weighing the options

A new private pilot taking familiarization training to rent an FBO’s high-performance Cessna 182S after having only flown lighter trainers is caught off guard when the flight instructor poses an unusual question. 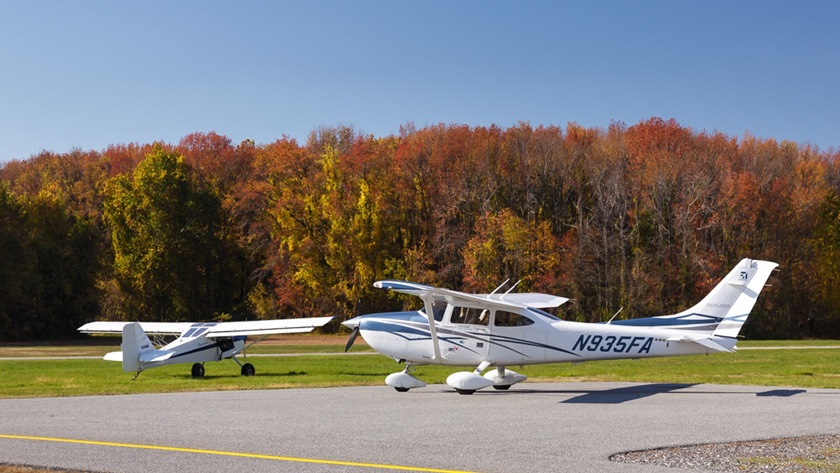 “Suppose you take some of your friends for a ride in the airplane, putting it at maximum takeoff weight. What’s a better plan: Seeing the pretty fall colors from the air, or remaining in the pattern for some touch and goes?”

It may sound like a casual inquiry, but there is only one by-the-book answer: Go leaf-peeping.

According to the pilot’s operating handbook for the S-model Skylane, maximum takeoff weight is 3,100 pounds. Maximum landing weight—“the maximum weight for the landing touchdown”—is 2,950 pounds. At takeoff, the flight would be 150 pounds overweight for landing. (That’s the weight of 25 gallons of avgas.)

Flying a full load of passengers around for touch and goes might not be a great idea anyway, as not all passengers find all the ups and downs entertaining. But if a flight instructor or a designated pilot examiner were to pose such a question during the ground phase of a renter’s checkout or a practical test, it’s to sample your knowledge of aircraft operating limitations.

Don’t base your answer on the known specs for aircraft you used in prior training. If you are taking primary training in a 1978 Cessna 172N, for example, in which maximum takeoff weight and maximum landing weight are equal, landing shortly after takeoff raises no concerns.

During preflight preparation, a private pilot applicant is expected to determine if the weight and balance will remain within limits during every phase of the flight.

During familiarization for the larger airplane—which in this case weighs several hundred pounds more and has a higher wing loading—you will encounter other new design elements that enable its superior capabilities, such as the constant-speed propeller that you will learn to operate.

Managing engine cooling may require the use of cowl flaps according to checklists. Unlike many airplanes designed primarily for training, the Skylane is certified only for normal category operations—no utility category load factors allowed.

Beyond looking up landing-weight restrictions, check any other weight-distribution requirements such as a cap on baggage compartment loadings. How weight within the baggage compartment is distributed may be restricted to keep the center of gravity within limits—a reason to secure baggage carefully.

Baggage compartment loading limitations may be noted in multiple places to make sure you notice them. For the Skylane they appear in the POH and are placarded on the baggage door.

Dan Namowitz has been writing for AOPA in a variety of capacities since 1991. He has been a flight instructor since 1990 and is a 35-year AOPA member.
Go to Dan Namowitz's Profile
Topics: Training and Safety, Aeronautical Decision Making, Student