Get the app Get the app
Already a member? Please login below for an enhanced experience. Not a member? Join today
News & Media Virtual AOPA STEM symposium energizes hundreds of educators

Editor's note: This article was updated November 18 with additional information about the symposium. 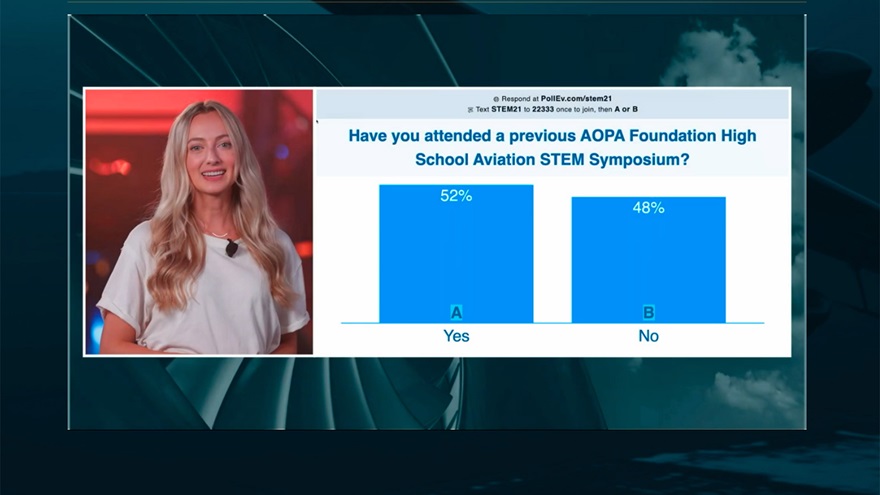 Tennyson welcomed the virtual attendees from a hangar at Arkansas’ Bentonville Municipal Airport/Louise M Thaden Field and encouraged them to participate in any of 10 on-demand breakout sessions that were “designed to help you reach for the sky.”

The groundbreaking aviation science, technology, engineering, and math curriculum began during the 2017-2018 school year with 29 schools in 17 states. It has since included hundreds of instructors and about 20,000 students. Tennyson praised the original cohort of instructors for their “willingness to go the extra mile” during the development, rollout, and refinement of the four-year STEM pilot and drone operator pathways for ninth- to twelfth-graders.

“This year alone we have more than 10,000 high school students in more than 300 schools in 44 states,” said Tennyson. The initiative has also made diversifying the pilot population a priority. About 21 percent of participants are female and about 41 percent are people of color “discovering opportunities in aviation and aerospace,” she said.

Triesenberg, known online as @PlaneGirl, said she was “thrilled” to help host the live program. The energetic software engineer told viewers that she “fell in love” with aviation after spotting an airplane photo on an Instagram post and began taking flight lessons soon after. Triesenberg has since added ratings and certificates in rapid succession and built a substantial following that encourages others to pursue their aviation goals. She said she wanted to “add my thanks to the teachers that dare to dream and make it happen every day for students, especially in aviation.”

Event registrants came from all 50 states and were invited by Tiresenberg to participate in instant surveys throughout the live broadcast. The results of one of those surveys showed that about 70 percent of the the audience members said they had participated in at least one of AOPA’s six previous virtual or in-person STEM aviation education symposiums.

Guests for the seventh installment of the event included STEM educators, FAA Deputy Administrator Bradley Mims, AOPA Senior Vice President of Government Affairs and Advocacy Jim Coon, and other aviation community leaders who applauded the four-year high school aviation learning program for helping to engage youth in the sciences and for making them aware of careers they might not otherwise have considered.

“It is great to know the FAA is concerned about creating a vibrant workforce for our community,” and has been engaged in aviation education for “even longer than I’ve been alive,” Triesenberg said.

AOPA President Mark Baker told attendees that although the coronavirus pandemic “has changed everything about the way we live our lives,” it hasn’t changed “the need to fill hundreds of thousands of aviation jobs in the coming years.” Baker said new aviation careers centered around emerging technology including electric vertical-takeoff-and-landing aircraft may lead to additional aviation career options. Baker thanked educators for their commitment to excellence and reminded them that there has “never been a better time to get started in aviation.”

Glenn Ponas, AOPA director of high school outreach, said the breakout sessions were “brimming with practical tips for starting and growing high school aviation programs and for getting students ready for careers in aviation STEM fields.” In one popular presentation, he said that United Airlines, Southwest Airlines, and American Airlines recruiters talked about their prospective airline cadet programs that take high school students “directly from their schools and insert them into an aviation flight training environment.”

Ponas added that many of the students exposed to the AOPA high school STEM aviation curriculum pledged to pursue professional careers in aviation fields. More than 50 percent of the first class of program graduates said that they were going to follow an aviation-related career path “and more than 75 percent said they planned to attend either college or post secondary trade or technical school,” Ponas added.

He reminded attendees that the virtual breakouts are available to symposium registrants even if educators missed the live event November 16. The sessions will be available through December 31 and include advice about starting an aviation STEM program, the types of careers students can expect, drone technology, how to establish a high school flying club, and more. (Register for free on-demand access to symposium content.)

AOPA You Can Fly Ambassador Jamie Beckett, who is a hands-on mentor with students at Florida’s Lakeland Aero Club, said aviation gave him purpose and context when he was a youth. “Sincerely, from the bottom of my heart, thank you for teaching what you teach,” he told attendees during a video appearance.

Grammy-winning country music performer, pilot, and You Can Fly Champion Dierks Bentley closed out the welcoming comments, telling educators that he “wouldn’t be where I am today without great teachers like you.” He celebrated the symposium that began in 2015 with 150 educators as the “only event of its kind to focus on high school aviation STEM education.” Bentley, who earned his pilot certificate when he was in his 20s and often flies himself to and from concert performances, invited attendees to next year’s in-person event in Memphis, Tennessee, November 13 to 15, for the FedEx AOPA Foundation High School Aviation STEM Symposium presented by Boeing.

The You Can Fly program is funded by charitable donations to the AOPA Foundation, a 501(c)(3) organization. To be a part of the solution, visit www.aopafoundation.org/donate. 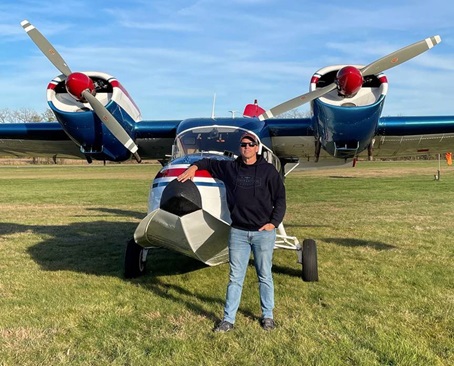