Get the app Get the app
Already a member? Please login below for an enhanced experience. Not a member? Join today
News & Media AOPAs Mike Collins honored with posthumous award

Western Kentucky University (WKU) honored the late Mike Collins of AOPA with an award for outstanding contributions to journalism. 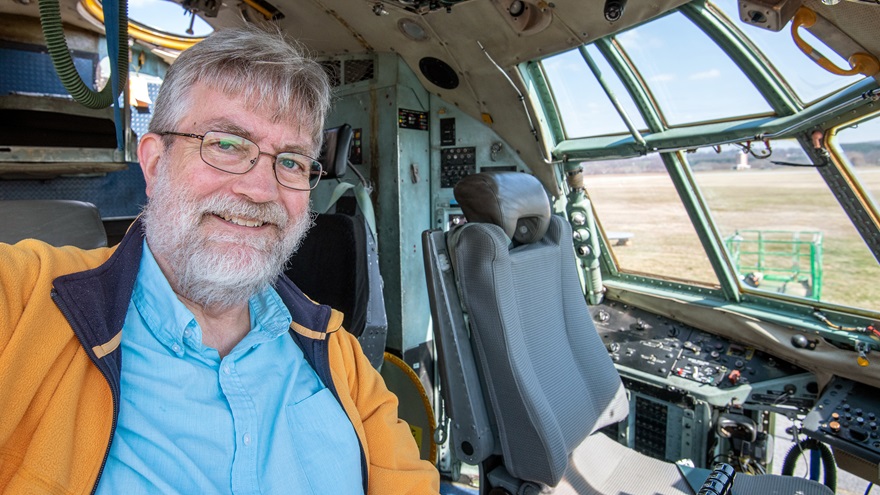 Mike takes a selfie in the cockpit of a C-130 that he documented being taken apart at the Frederick Municipal Airport in Maryland, and moved through town to Fort Detrick.
Collins, AOPA’s technical editor and director of business operations, died February 25 from COVID-19. He was a 1984 WKU photojournalism graduate. Collins, a private pilot, went on to cofound The Southern Aviator magazine in Raleigh, North Carolina, and he joined the AOPA staff in 1994. His alma mater honored him posthumously with the 2020 College Heights Herald Award for Outstanding Contributions to Journalism on October 30 of this year.

During a training session with WKU journalism students in 2019, Collins shared aviation photos and stories and told about a 2013 around-the-world flight he made in a Mitsubishi MU–2 turboprop.

“Photojournalism is all about storytelling,” Collins said. “And aviation is full of great stories just waiting to be told.”