Get the app Get the app
Already a member? Please login below for an enhanced experience. Not a member? Join today
We will be performing maintenance on our systems Sunday, 10/17/2021, beginning at 12:00 A.M. ET and ending at 6:00 A.M. ET. During this time, you may experience intermittent service outages. We appreciate your patience.
News & Media Gulfstream fleet grows: Meet the G400, G800

In an introductory ceremony mimicking that of the extravaganza for Gulfstream’s G700 held at the National Business Aviation Association Business Aviation Convention and Exhibition in 2019, the company put on an online virtual show introducing yet two more members of the Gulfstream fleet. They’re the G400 and the G800, and in the range department, they represent the enduring range war within the big-cabin, long-range segment. In a highly produced video that lacked only the stage fog and searchlights of the G700’s intro, the G400 was first up for its debut. 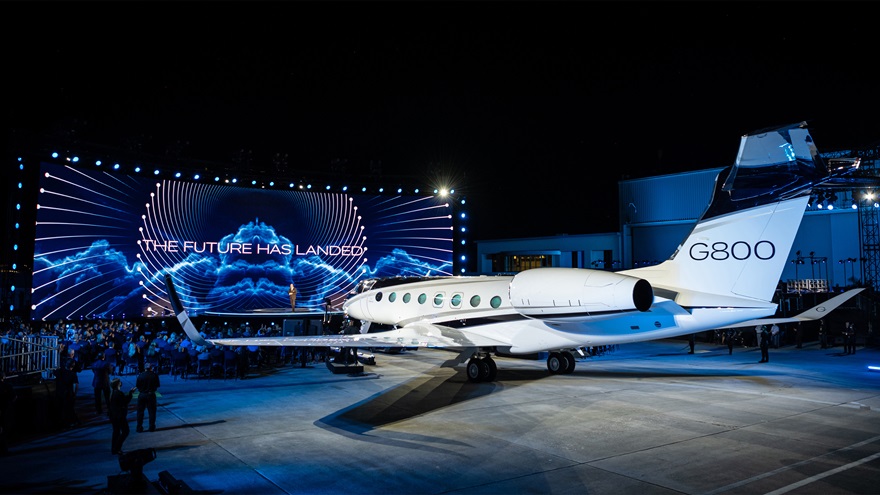 Mark Burns, Gulfstream Aerospace Corp. president and parent company General Dynamics’ vice president, explained that the G400 is intended to fill “a void in innovation in this space” that has been “dull and dormant.” Presumably he was referring to the super-midsized class of bizjets. The G400, he said, would create a new market segment.

Details were scant, probably because the airplane is still in development. However, Burns promised a large cabin with the same width as the company’s G500 and G600; a 100-percent fresh air cabin with no recirculation and a plasma-ionizing, bacteria, spore, and odor-killing system; seats for up to 12 passengers; three floor plan options; and power from Pratt & Whitney PW800-812GA engines. Maximum range at Mach 0.85 will be 4,200 nautical miles, and the cockpit will feature Gulfstream’s Symmetry flight deck and dual head-up display projecting combined vision system imagery, pairing synthetic and infrared vision. Max cruise speed will be Mach 0.90.

The airplane will use Rolls-Royce Pearl engines, and have the same Symmetry cockpit, dual-HUD, and combined vision systems as the G400. Its wings and winglets are of a new design, and will let the airplane perform steep approaches with short landing distances.

Testing is under way on the first G800 test article, and deliveries of the $71.5 million airplane are set to begin in 2023.