Get the app Get the app
News & Media Seaplane pioneer mourned 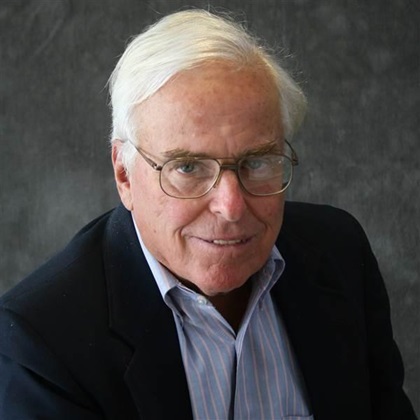 News of Frey's death prompted a tribute from the Seaplane Pilots Association, which Frey served in various roles including president and chairman of the board throughout the group's 49-year history. He published a 65-page guide to seaplane flying in 1972 that, while out of print, remains required reading for students at Western Michigan University.

"JJ was a great friend to all. Whether he was sharing wild tales of his seaplane adventures or providing wisdom on the art of float flying—he wrote How to Fly Floats, the definitive book on seaplane flying that has sold in excess of a quarter-million copies—our lives were enriched by his presence," the Seaplane Pilots Association said in a statement about the loss of "a seaplane legend."

Frey was born September 24, 1932, in Detroit, and graduated from Hobart College in 1955. He spent his career working for Edo Aircraft Corp., where he rose through the ranks to lead the firm's seaplane division, according to his obituary. Founded in 1925 in College Point, New York, the company produced floats in the 1940s for aircraft ranging from Piper Cubs to Douglas C–47s and led the industry into the 1970s. Among those mourning his loss, pilots posting in an online Piper Super Cub forum described Frey as an "icon" and a friend, as well as a "national asset." One recalled Frey fielding a call about restoring a pair of 1943 Edo 1320 floats found in a crate with rotting gaskets. Rather than sell several $17 gaskets, Frey pointed the poster to a local Caterpillar dealer who sold serviceable O-rings for 50 cents apiece. Frey followed up providing videos and photos of the floats being tested years before, on the bay where that pilot once swam as a child.

Frey continued to support the products his company had created decades after he had retired from the company that sold designs and production rights to Kenmore Air in the 1980s.

"I have talked to him several times in the last year and a half regarding questions on these floats," another pilot posted in tribute. "Didn’t know me from a hole in the wall but after that [first] conversation he acted like he had known me his whole life. He recalled information on them like he just built them yesterday."

Frey accepted several awards and honors during his life, including the NATA William A. "Bill" Ong Memorial Award bestowed in 1998 by the National Air Transportation Association in recognition of "extraordinary achievement and extended meritorious service to the general aviation industry."

Frey is survived by his wife of 66 years, Janet, and their three sons: Julian Jordan Frey III and his wife, Paula; Tucker Frey and his wife, Marilyn; and Barclay Frey and his wife, Roya, as well as numerous grandchildren and great-grandchildren. All memorial services are private at the family's convenience, according to the obituary posted by Munson-Lovetere Funeral Home.