Get the app Get the app
We will be performing maintenance on our systems Sunday, 8/21, beginning at 12:00 A.M. ET and ending at 6:00 A.M. ET. During this time, you may experience intermittent service outages. We appreciate your patience.
News & Media Article Page

Diamond Aircraft announced its intent to compete for a slice of the electric flight training market with the eDA40. 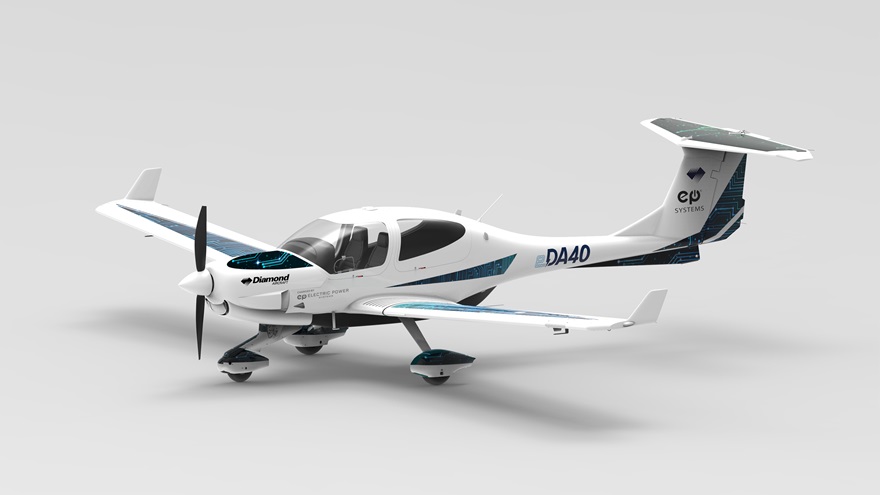 Diamond has been working on electrifying aviation for many years, though it has not attempted to commercialize the technology until now.

The global aircraft manufacturer has been researching and developing electric and hybrid aircraft platforms since unveiling its DA36 E-Star at the Paris Airshow in 2011. The E-Star was “the world’s first aircraft with a serial hybrid electric drive system based on the HK36 motor glider,” Diamond noted in an October 12 announcement signaling that the Austrian firm will electrify its four-seat, 180-horsepower DA40 that was first introduced in 1997.

Beyond its DA36 electric motor glider program (including the DA36 E-Star 2), Diamond collaborated with Siemens AG to create the world’s first multiengine hybrid, the HEMEP. The HEMEP featured “lower fuel consumption (higher efficiency) and decreased noise pollution.” After thorough testing, the HEMEP celebrated its first flight on October 31, 2018, at Diamond headquarters in Austria.

Diamond's October 12 announcement of the eDA40 puts the Austrian airframer squarely in the thick of the race, adapting a proven, certified airframe for electric operation. 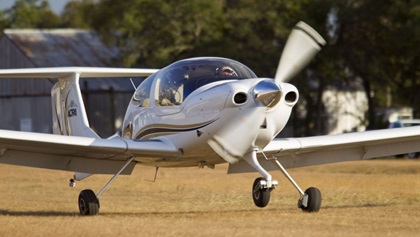 In partnership with Electric Power Systems, an aerospace specific battery company, Diamond will integrate the EPiC Ecosystem battery system into the eDA40. The EPiC Ecosystem will be equipped with a DC fast-charging system and will be able to restore a depleted aircraft’s battery supply within 20 minutes. The battery module will be “installed in a custom designed belly pod between the engine and the forward bulkhead.”

“The eDA40 will be the first EASA/FAA Part 23 certified electric airplane with DC fast charging and specifically tailored to the flight training market,” said Liqun (Frank) Zhang, CEO of Diamond Aircraft Austria. “Making flying as eco-friendly as possible has always been at the core of Diamond Aircraft with our fuel-efficient jet fuel powered aircraft producing less CO2 and noise emissions compared to conventional piston aircraft engines. Therefore, we are more than proud to underline this commitment with the all-electric eDA40, a sustainable solution for the General Aviation of tomorrow.”

The future of GA wouldn’t be complete without modern avionics. The eDA40 will be equipped with Garmin's latest G1000 NXi glass cockpit. Additional avionics features will also be available.

With flight time of up to 90 minutes, flight schools will be able to integrate the electric circuit trainer into new and existing Diamond fleets, Diamond Aircraft noted in the release. "Training aircraft set the stage for demonstrating that electric aircraft can meet the demands of high-paced, high-volume operations at a reduced cost basis,” said Nathan Millecam, CEO of Electric Power Systems. “Combining EPS’ battery and electric propulsion know-how with a globally recognized leader in advanced general aviation design and manufacturing, enables the eDA40 to be one of the most notable Electric Aircraft projects in the world.”

The aircraft’s first flight is set for the middle of next year, and certification is expected to occur in 2023.