Get the app Get the app
Already a member? Please login below for an enhanced experience. Not a member? Join today
News & Media From the Turbine Pilot Editor

Earlier this year GE Aviation reported that its new Catalyst turboprop engine had completed 2,300 hours of testing on a test stand and was moving toward a 100-hour test flight program on a King Air 350 based at GE facilities in Berlin and Prague. 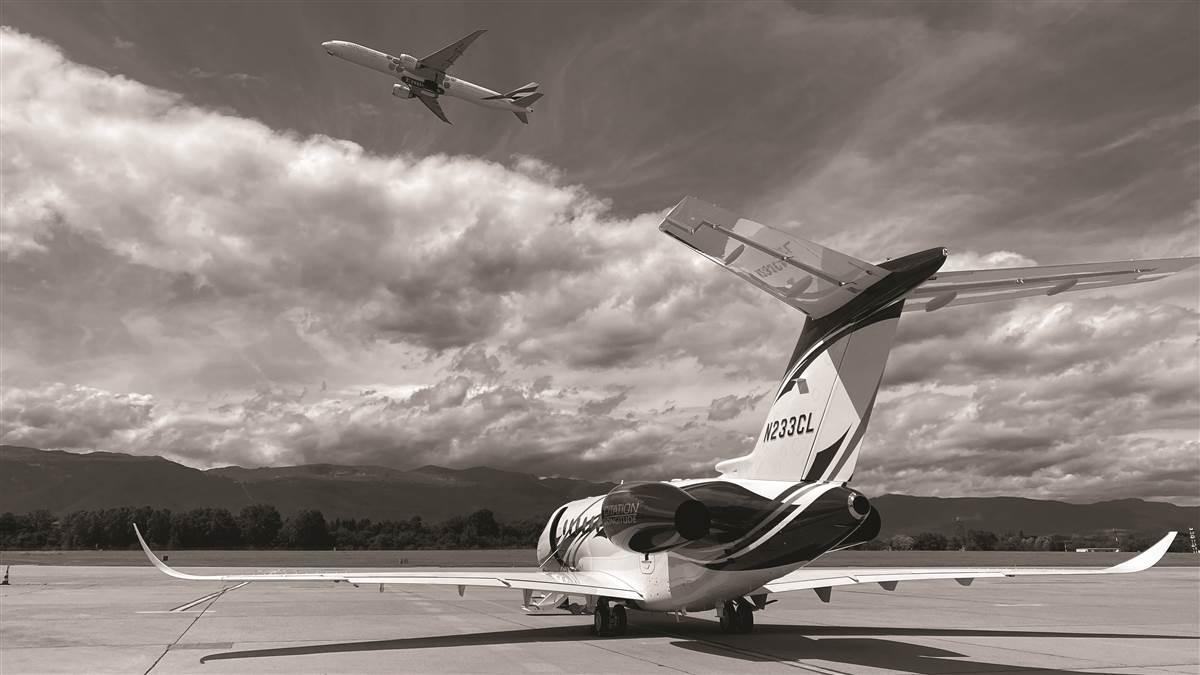 A Boeing 777-300ER departs Geneva Airport (LSGG) as a Citation Longitude makes ready to do the same.

The Catalyst’s launch customer will be Textron’s Denali single-engine turboprop. Make that the “Beechcraft Denali.” Textron has rebranded the Denali from its earlier status as a Cessna product.

Meanwhile, Catalyst engines have been installed and powered up on three Denali flight test articles at Textron’s Wichita headquarters. First flight of the Denali is planned for later this year—and may have already occurred by the time you read this. Textron says Denali certification should come in 2023.

There are good reasons why the PT6 has been a success. Pilots and operators are loyal to the brand. Some call it a “bulletproof” design, something reinforced by its enduring logo—a flying eagle encircled by a ring with the lettering “Pratt & Whitney/Dependable Engines.” (When the company changed the logo to exclude “Dependable Engines,” and came up with a stylized eagle, there was blowback. The logo was changed back to the original design.) But some maintain that despite its rugged reputation, the PT6 is dated.

Although its CJ610 engines powered the first Learjets, GE is mainly known for the commercial jet engines it provides the airlines—such as the CFM56 that powers the Airbus A320, or the newer LEAP (Leading Edge Aviation Propulsion) engines that powers the Boeing 737 Max. Built in conjunction with Safran Aircraft Engines, the LEAP series of engines have carbon fiber fan blades, additive manufacturing that uses 3-D printing to produce fuel nozzles and other engine components, and new “swirler combustors” to send pre-mixed fuel-air flows to combustion chambers.

The Catalyst has been the beneficiary of the LEAP design philosophy. Large metal sections are built using 3-D printing, which translates into a lower part count. Parts that used to comprise 800 components now require just 12. Together with FADEC and cooled turbine blades, GE says this means a higher power-to-weight ratio, better reliability, and 15 percent reductions in fuel consumption and carbon dioxide emissions, and a 24 percent reduction in nitrogen oxide emissions.

There’s a hoary adage that it’s too risky to build an airplane created by mating a new engine with a new airframe. Is it time to challenge that, and take the plunge? Textron has already answered the question, making the Denali a test case.