Get the app Get the app
Already a member? Please login below for an enhanced experience. Not a member? Join today
News & Media European invasion

Why we can’t have nice things

The most interesting, exciting, and promising new general aviation aircraft at EAA AirVenture this year had one surprising/depressing thing in common: They all came from Europe. The Blackshape Gabriél, Diamond DA50, and Tecnam Traveller twin are eye-catching and stylish piston aircraft aimed at much different markets. 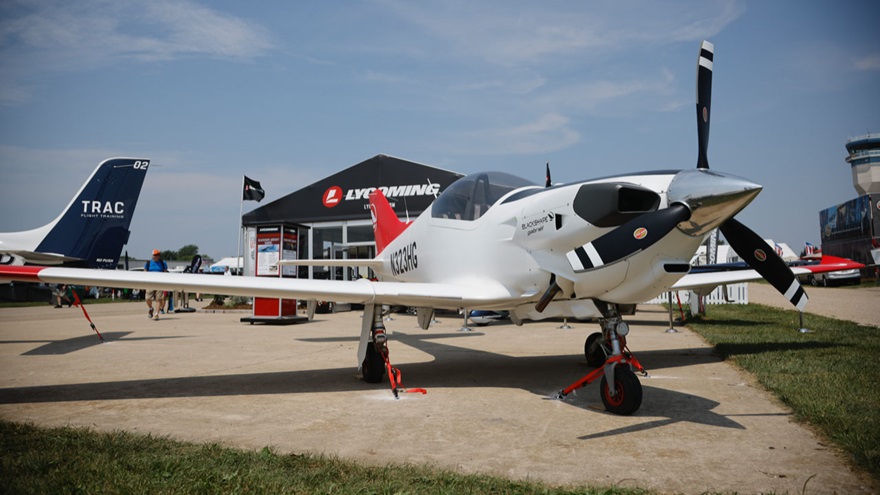 What’s wrong with U.S. manufacturers? Is this a replay of the old automotive story that began in the 1970s when U.S. car makers stopped innovating and eventually lost the domestic market to foreign imports?

The real difference—for the sport airplanes anyway—is that we’re playing by two different sets of rules.

Our light sport aircraft (LSA) category was adopted in 2004 with pure intentions when it set out to create safe, economical, recreational airplanes that could be flown in day VFR conditions by sport pilots. But the category was hobbled from day one by nonsensical FAA rules that imposed severe limitations that did nothing to enhance safety.

Cessna did more than most by putting out its vaunted 162 Skycatcher, but the LSA model was a commercial flop. And the reasons for the LSA category’s failure in the marketplace were clear. The new airplanes’ performance and payload were severely limited. Skycatchers were lightly wing loaded and twitchy to fly in wind or turbulence; and competed against older airplanes that flew faster, carried more, handled better, were widely available, and were far less expensive.

The most popular new LSA in the United States turned out to be the Carbon Cub—a CubCrafters design that observed the letter of the LSA regulations but not its boring spirit. The Carbon Cub was designed for a far higher gross weight than the 1,320 pounds that CubCrafters put in the pilot’s operating handbook, and pilots immediately ignored it. The airplane’s 180-horsepower engine was capable of running all day long at full power, but CubCrafters (with a wink and a nod) limited it to just five minutes at high rpm.

Sure, they adopted the same weight limit. But like Germany’s autobahn, there was no top speed. And while the FAA specifically prohibited performance-enhancing items such as retractable landing gear and constant-speed propellers, the Europeans were fine with them.

The result is a slew of modern, sleek, appealing European airplanes with exceptional speed, range, and safety features that U.S. pilots would love to own and fly.

The turbocharged version of the VL3, for example, flirts with 200 knots while consuming less than 10 gallons an hour of car gas. And the Tarragon and Shark with the same Rotax engines deliver comparable speed and range. And the fit and finish on all of them is excellent.

The Bristell, an LSA made in the Czech Republic and sold here with fixed landing gear, is available in Europe with retractable gear and a constant-speed prop. It’s the same basic airplane, except the European version takes off shorter, climbs better, cruises faster, is quieter and more fuel efficient, and has more range.

The FAA prohibition against constant-speed propellers was based on the notion that such items were more mechanically complex and more difficult for pilots to safely operate. But these days, constant-speed propellers are available with a single power lever that makes them operationally identical to the fixed-pitch variety. The only differences are that the airplane accelerates a little quicker when the pilot pushes the lever forward, it decelerates faster when the pilot pulls it all the way back, and the airplane is quieter and more fuel efficient everywhere in between.

The FAA’s underlying belief that extremely light airplanes with engines that produce marginal horsepower are somehow safer and less demanding of pilots is deeply flawed. Anyone who’s flown a Piper J–3 Cub on a hot day or at a high-elevation airport can attest that just getting the mechanically simple but underpowered airplane safely off the ground, and then on again, takes a great deal more pilot skill than those same actions in a more powerful Piper PA–18 Super Cub. Adequate power makes airplanes more forgiving—not less.

Thankfully, the FAA is considering a do-over on the LSA category as part of its comprehensive MOSAIC program. It’s an agonizingly slow process, but if adopted, MOSAIC (the acronym stands for Modernization of Special Airworthiness Certificates) is likely to include a significant weight limit increase for LSAs among many other welcome regulatory changes across the GA spectrum.

When that happens, U.S. manufacturers finally will be allowed to produce the same kind of design innovation and performance jumps that we’re currently seeing from Europe—and that can’t happen soon enough for U.S. pilots.