Get the app Get the app
Already a member? Please login below for an enhanced experience. Not a member? Join today
News & Media 'A heck of a ride'

Millions watched livestreams of the Inspiration4 launch, followed three days later by the successful recovery of the first all-civilian orbital flight, a mission that required the crew only to inspire others—and inspire they did. 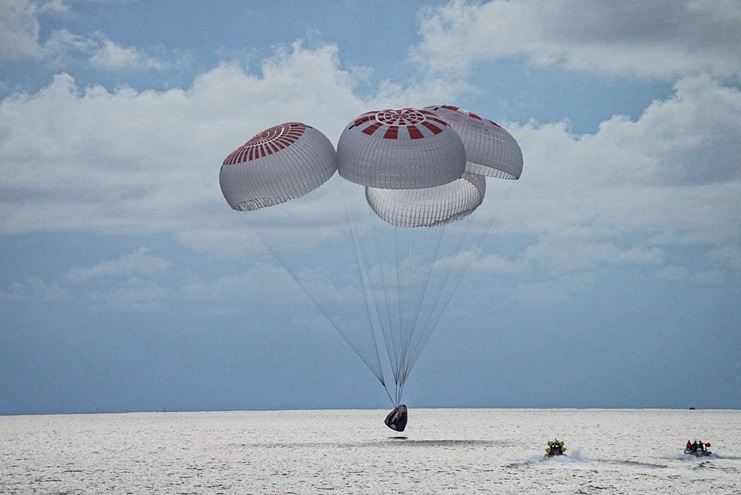 The Inspiration4 mission demonstrated (not for the first time) the rocketry prowess of SpaceX engineers who designed a system capable of launching civilians in the footsteps of NASA’s Mercury, Gemini, and Apollo astronauts of decades past, and later the space shuttle. But this crew was selected by factors other than their ability to meet or exceed stringent NASA requirements.

Instead, a billionaire entrepreneur who is an experienced pilot of military and civilian jets bought the ride and set up a fundraiser for St. Jude Children’s Research Hospital, and his crew included a former patient who now cares for others at that hospital. A 51-year-old college professor from Arizona who previously missed out on NASA astronaut selection became history’s first black female spacecraft pilot; a 42-year-old Lockheed Martin engineer, father of two, and ukulele player who had never dreamed he’d fly in space also took in the view through the largest contiguous window ever fitted to a spacecraft.

Jared Isaacman, the entrepreneur-pilot-philanthropist who led the crew through months of training and commanded the mission flown by one of the most highly automated vehicles ever made, said the flight, which ended with a successful splashdown under a cluster of parachute canopies just after 7 p.m. Eastern time on September 18, was only the beginning.

“That was a heck of a ride for us, and we’re just getting started,” Isaacman said, following a three-day journey watched around the world.

The SpaceX Crew Dragon capsule in which the Inspiration4 crew circled the planet offered an extraordinary view soon after reaching orbit on September 15 following launch from Kennedy Space Center in Florida (a historic NASA launch facility rented by SpaceX for the occasion).

Isaacman noted in a postflight email that he and Inspiration4 pilot Sian Proctor were not just along for the ride.

“Dragon is no different than any other business jet I have flown—in that it has an excellent autopilot. We still have all the manual controls of systems in the event of a contingency,” Isaacman wrote. "For example, Dragon launches and has no way to come down unless a burn profile is uploaded. If we had a comm failure on orbit, [we’d] manually target and execute the deorbit process. That is just one of many contingencies where we were trained to manually operate Dragon to have a safe re-entry. As much as I enjoyed my interaction with the systems, I am always happy to have a good autopilot and Dragon has an incredible one.”

The touch-screen flight controls, had it come to manual flight, used arrow keys to control the propulsion system to steer and initiate the de-orbit burn that preceded reentry. The system’s fully automated design is part of how SpaceX plans to usher in a new age of civilian access to orbit, and the moon, and beyond.

As noted in media coverage of Inspiration4, other civilians have booked flights to space, including a Japanese billionaire who aims to fly around the moon (among the Apollo program’s mission profiles that preceded actually landing there) in 2023.

Setting new distance and altitude records for Dragon (and making the highest orbit since NASA repaired the Hubble Space Telescope) in the meantime added to a long list of SpaceX superlatives while setting the stage for missions that fly higher and farther still.

“Ultimately though, the hero image of the astronaut is going to change, and eventually millions of people will go to space, work in space and live in space,” Isaacman wrote. “We are a big [step] closer now to that future.” 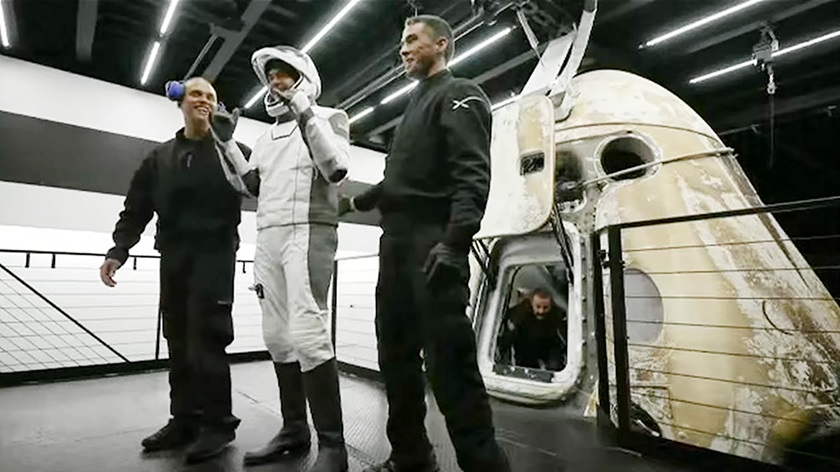