Get the app Get the app
Already a member? Please login below for an enhanced experience. Not a member? Join today
News & Media Training Tip: Winging in the rain

Can a student pilot fly in the rain? 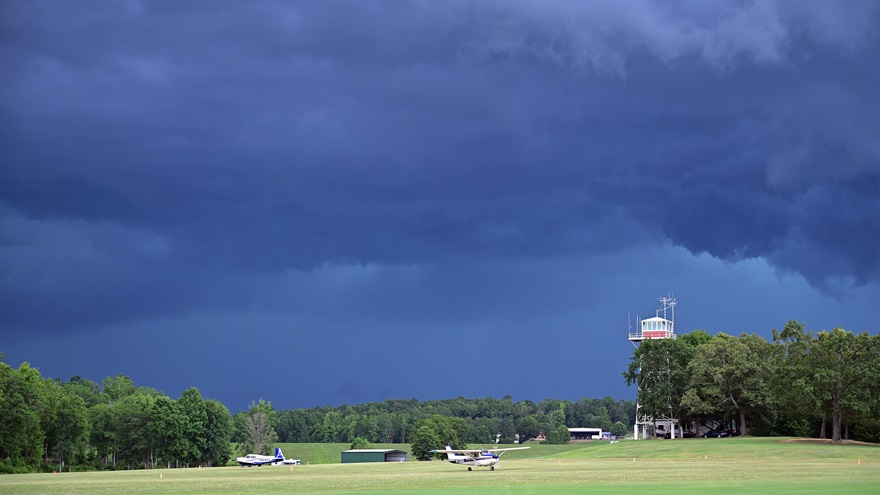 Flying in precipitation is not specifically excluded by FAR 61.89, but there’s much more to the decision (and the regulation) than that.

Your instructor is a factor: The regulation prohibits student pilots from operating an aircraft “in a manner contrary to any limitations placed in the pilot's logbook by an authorized instructor.” Weather conditions are frequently subject to such restrictions.

Two other weather-related prohibitions—visibility and cloud cover—also come into play when rain or snow appears in an aviation weather forecast. Soloing won’t happen “with a flight or surface visibility of less than 3 statute miles during daylight hours or 5 statute miles at night,” and a prudent student pilot or CFI will set the bar much higher than those minimum values.

Why? Visibility can deteriorate quickly if precipitation intensifies or the wind shifts. Or a converging temperature/dewpoint spread may hasten fog formation in a rain-saturated airmass.

The risk of widespread ground fog brings up another flight condition that’s a nonstarter. Soloing is not allowed “when the flight cannot be made with visual reference to the surface.”

However, ground fog is not the only example of how a VFR-only pilot could become trapped above a solid cloud deck. Flying above a thin cloud layer on a cross-country while failing to pay attention to changing meteorological conditions or hesitating to change course or turn back has left more than one pilot in a perilous position “on top” in need of emergency assistance.

On the practical test, a private pilot applicant may be asked to analyze the implications of forecast conditions such as “atmospheric composition and stability” or “moisture/precipitation,” according to a scenario given by the designated pilot examiner.

With fall now setting in, you will notice during preflight weather briefings that the freezing level aloft—the layer of the atmosphere where freezing temperatures occur—is getting lower, creating a risk for the next several months of encountering freezing rain in flight.

The classic example is a temperature inversion, as when a warm front is moving into the area with rain falling from warm air into a below-freezing layer beneath.

Freezing rain can accumulate quickly on unprotected aircraft surfaces, constituting one of the most critical airframe-icing conditions. Airframe icing risks include a tail stall, the characteristics and recovery methods of which many pilots are unfamiliar. Even with fair visibility expected, that’s a strong hint to stay on the ground.

Deciding whether to fly in precipitation takes careful investigation, not a quick check of ceilings and visibility for the flight.