Get the app Get the app
AOPA will be closed July 4th, in observance of the Independence Day holiday. We will reopen at 8:30 am ET on Tuesday, July 5.
News & Media Iris Automation pairs up with TruWeather Solutions 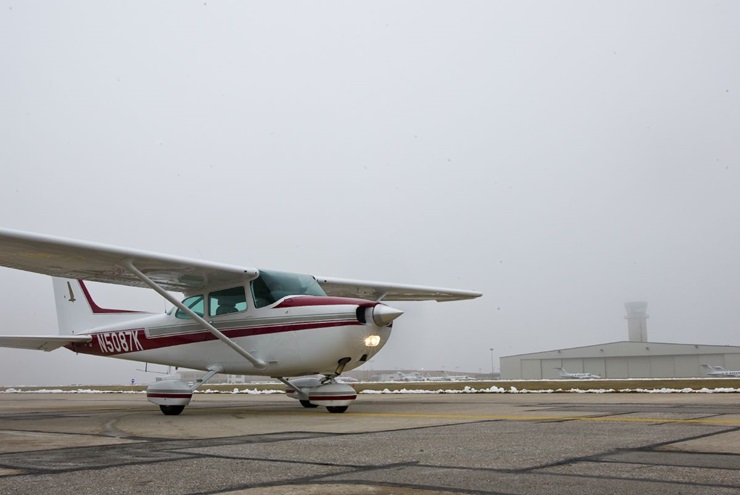 Cessna 172 sitting on the ramp in low visibility. Photo by Mike Fizer.

Accurate, low-altitude weather forecasting has been a challenge for drone operators, balloon pilots, agricultural applicators, and other low-altitude aviators for years. The biggest problem is a lack of reporting stations (automated or otherwise) that capture weather information and feed prediction models. That lack of data also affects the rest of aviation, including airline and general aviation operators who must make decisions based on a less-than-perfect understanding of the atmosphere.

“This is what we refer to as a data desert.” TruWeather CEO, Don Berchoff said. “Up to 40 [percent] of crewed aviation flights that are either canceled or delayed due to weather could have flown. Even higher scrub rates will occur for UAS’ flying beyond-visual-line-of-sight, with no pilot on board to spot problems, unless the surface and low altitude weather measurement gap can be closed… That’s where additional weather sensors come into play.”

Iris Automation explained the ground-based Casia system "leverages the same artificial intelligence and computer vision technology used in the company’s Casia series of onboard integrated systems" that use arrays of cameras to monitor airspace around an aircraft in all directions. "The Casia product line provides unparalleled situational awareness for intelligent decision-making, including alerts and manual or autonomous collision avoidance.”

Lori DeMatteis, vice president of sales, marketing and customer success at Iris Automation said in the press release that the ground-based network will help drive the expansion of drone operations beyond visual line of sight, or BVLOS, "offering clients immediate value to ensure operational safety, and rapidly changing climate information for emergency preparedness activities, ensuring both public and personnel safety.”

The FAA currently approves BVLOS operations by uncrewed aircraft on a case-by-case basis with waivers, though many in the industry hope future rule changes will allow such operations to be conducted at scale.