Low IFR instead of VFR…with a catch

The scenario: It’s May 15, 2022. You’re planning to fly a Cessna 172 from your home in Raleigh, North Carolina, to Winchester, Virginia. 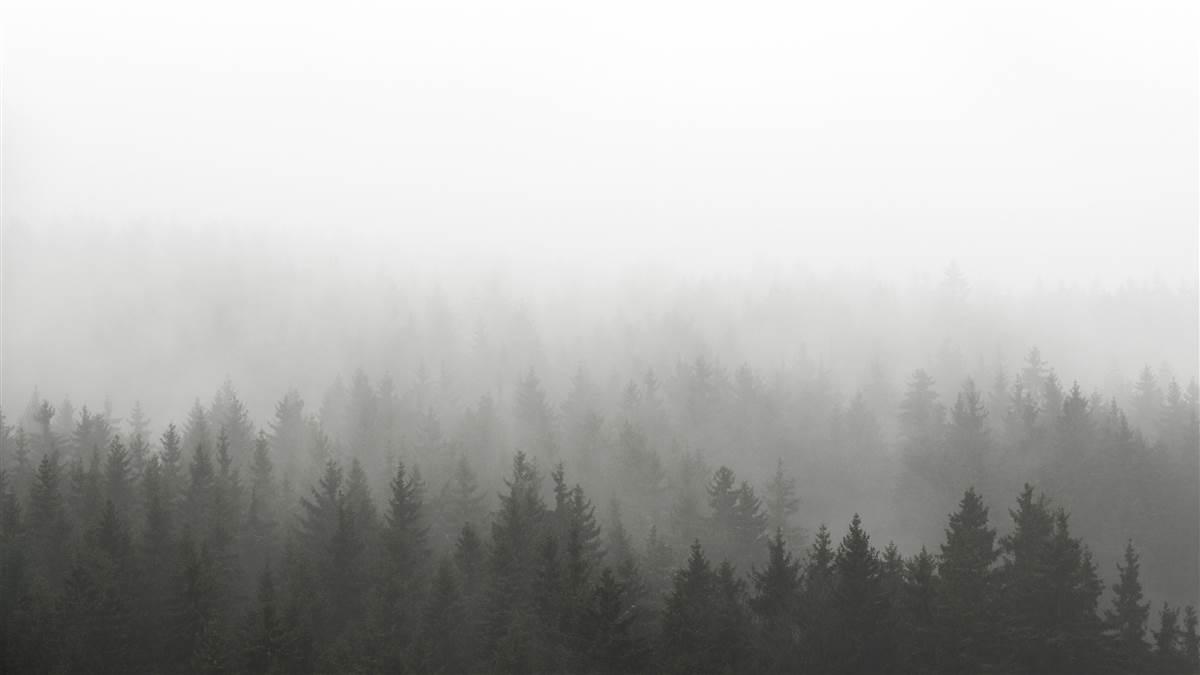 You fueled the airplane the previous night for the 220-nautical-mile trip because you want to get an early start. You and your wife will be traveling together to visit her family, and she abhors rough air and turbulence. If you can take off around 7 a.m., you’ll finish the two-hour flight well in advance of the scattered afternoon thunderstorms that are forecast all along the Appalachians.

Light rain and a few thunderstorms have soaked much of North Carolina and Virginia for two days leading up to your trip, but 12 hours before the start of your trip, the forecast predicted VFR conditions throughout the region on your travel day.

True to the forecast, the dawn is clear and bright in North Carolina, and the wind is calm as you go through your regular preflight ritual on the ramp at Raleigh Executive Jetport in Sanford, North Carolina (TTA). You walk inside the FBO for a cup of coffee and to confirm the weather conditions along the route match last night’s forecast—and that’s when you get an unwelcome surprise.

The Winchester Regional Airport METAR is reporting low IFR conditions. The ceiling there is just 200 feet, and the surface visibility is 1.5 statute miles. Checking the surrounding airports, most of them are showing low IFR as well. Shenandoah Valley Regional is 300 feet overcast, Front Royal-Warren County is 400 feet overcast, Eastern West Virginia Airport in Martinsburg is 300 feet, and the wind is calm at all of them.

There’s sunshine and VFR conditions all along your route, however, and the wind at 6,000 feet is a meager 6 knots out of the southwest.

Skies are clear at Washington-Dulles International Airport a few miles east of your route and the forecast there calls for VFR conditions until 3 p.m. when there’s a 40 percent chance of cumulonimbus clouds and thunderstorms.

Closer to your destination, at Martinsburg (MRB), the forecast calls for VFR conditions starting at 11 a.m., then a 50 percent chance of showers and rain beginning at 2 p.m.

You’re a VFR pilot with a total of 250 flight hours, most of them in the 172 you’ll be flying today.

You call Leidos Flight Service to talk to a real human, and the flight service specialist emphases that “VFR flight is not recommended.” Even though it’s early, you call your father-in-law to find out more about the local conditions. He confirms there are low clouds and fog but says it appears thin and likely to burn off quickly.

What would I do?

Long story short: I think options 1, 2, and 3 will all work. Anything but drive. Our pilot did all the right things—checked METARs and TAFs, called flight service, and even spoke to a human briefer, and got his father-in-law’s in-person, albeit unofficial, observation.

But there’s another angle that this pilot missed. It’s the big picture. There are some key facts lurking behind the granular details he obtained in his preflight weather briefing. Often dismissed as too broad-brush to be of any use, there are clues relating to the synoptic scale situation that offer some reassurance. “Synoptic scale” means weather systems lasting up to a week or so and covering anywhere from 600 to 1,000 square miles.

So, what have we got here, synoptically speaking? Morning fog in the mountains expected to burn off, clear skies along the route, light southwest winds at 6,000 feet, and a chance of thunderstorms in the afternoon. Oh, and perhaps most important, soaking rain in the past two days. 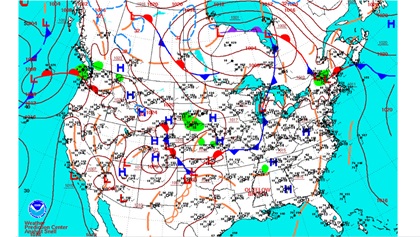 All these things are synoptic-scale events, and they indicate that the flight will take place in the warm sector of a low-pressure system. Ahead of a northeast-southwest cold front to the west, there is mountain fog along the Appalachians—one of the foggiest areas in the eastern United States.

All that rain saturated and cooled the ground, and as the sun rises it burns off the cool air near the surface produced during the coldest times of the night before the flight. That southerly flow aloft is a clue that warm air is moving in ahead of the cold front to the west. As this air moves north, it flows up and over the colder air farther north, up near the New England states.

Will there be thunderstorms? Maybe. But that 50-percent chance for Martinsburg sounds like a cop-out. Any low-level moisture from all that rainfall could, yes, condense into clouds, rise in the heat of the day, and produce rain and/or thunderstorms.

But the big picture points to a decent forecast all along the route—once that fog burns off, which will be around 11 a.m. or so. The pilot is in a huge area of warming air, but any real action won’t happen until that cold front makes its appearance on the scene. And that won’t be for another day or two.

If you pay attention to surface analysis maps, Storm Prediction Center convective outlooks, and “general” thunderstorm probability maps you should be able to get a fairly good grasp on the situation at hand. Of course, TAFs are another must, as is a look at the dew points at METAR stations. Dew points above 70 degrees or so are signs of very moist air that could later produce thunderstorms—even severe ones.

There’s a good feeling about this day once 11 a.m. rolls around, and before the hottest part of the day could kick off a storm here and there. So, the two-hour flight time should be good. When it’s thunderstorm season, pilots are always wanting to know exactly where, when, and how long a thunderstorm will happen. But individual storms are small-scale events—like most of the worst weather, such as tornados and hail—and difficult to predict for any one location. Larger scale events, such as storms moving in lines or clusters along a front, are easier to nail down in terms of time and place. But there’s nothing like that in the picture—yet. Any “scattered” thunderstorms of the sort mentioned in the forecast should be circumnavigable. Synoptics say that VFR flight is a “go” for today. But there will be some bumps along the way. Rising air means turbulence. Shown above is the surface analysis chart for 7 a.m. that day.