The ‘birthplace of aviation’ is in his blood

One can imagine that not everyone who grows up in Dayton, Ohio—the “birthplace of aviation”—is interested in flying, but then again, it’s not surprising when they are. 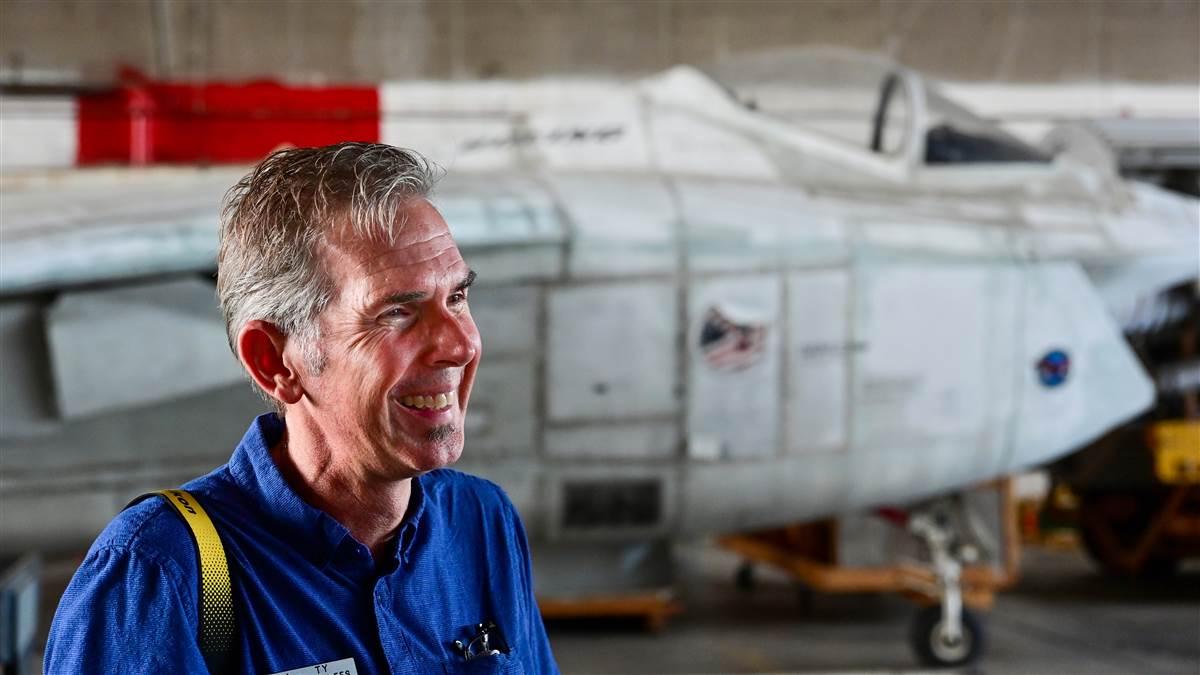 Aviation artifacts are on display and in various stages of preservation at the National Museum, US Air Force, in Dayton, Ohio, July 21, 2022. Photo by David Tulis.

Favorite aircraft / If it’s something I’ve flown it would be the Bo 105 helicopter, Aeronca Champ, Cessna 182, Goodyear Blimp, and a hot air balloon. But if it’s one that I have not flown, it would be the Supermarine Spitfire. Those elliptical wings are beautiful.

Extra / In 1973, my first “ride in an airplane” was at George Air Force Base, California, in the F–4G Wild Weasel simulator, arranged by my uncle, who was an avionics maintainer for the 94th Fighter-Interceptor Squadron and was by then a first-shirt sergeant for his squadron.

For Ty Greenlees, a photojournalism graduate of Wright State University, longtime photographer for the Dayton Daily News, and now public affairs specialist and photographer for the National Museum of the United States Air Force, aviation is a natural. He’s a 700-plus-hour airplane and helicopter pilot who began flight training while studying at WSU in the university’s program. “Joining the ‘pilot club’ just as my career as a photojournalist was heating up kept the cost of flying down,” he says. “Having been deeply involved in covering local aviation in Dayton and Wright-Patterson Air Force Base and as a photographer for more than 35 years for the Dayton Daily News, the friendships with local aviators, FBOs, and clubs makes me appreciate the rich aviation history and people we have here that promote and preserve that history.” Greenlees worked for Cox Media Group (parent company of the Dayton Daily News) until 2019 when so many friends in the newspaper business were watching their careers dissolve as newspapers went under. Greenlees wasn’t planning to leave the newspaper, but the offer from the National Museum of the USAF at Wright-Patterson Air Force Base was hard to refuse (see “Behind the Hangar Doors,” p. 76). Now he is surrounded daily by aviation, aircraft, the military, and pilots. “As far back as I can remember, I’ve always been fascinated with flying machines. And I was lucky enough to have parents and relatives who recognized this fascination,” he says. “The flying bug stuck with me throughout grade school and myriad trips to local airshows in northeast Ohio and Dayton. Beyond piloting GA airplanes and helicopters, I thoroughly enjoy attending airshows and fly-ins in this aviation-rich area.”