While all modern light jets use engines started via an electrically powered starter/generator, as turbine engines increase in size, the electrical starter is replaced by an air turbine starter. 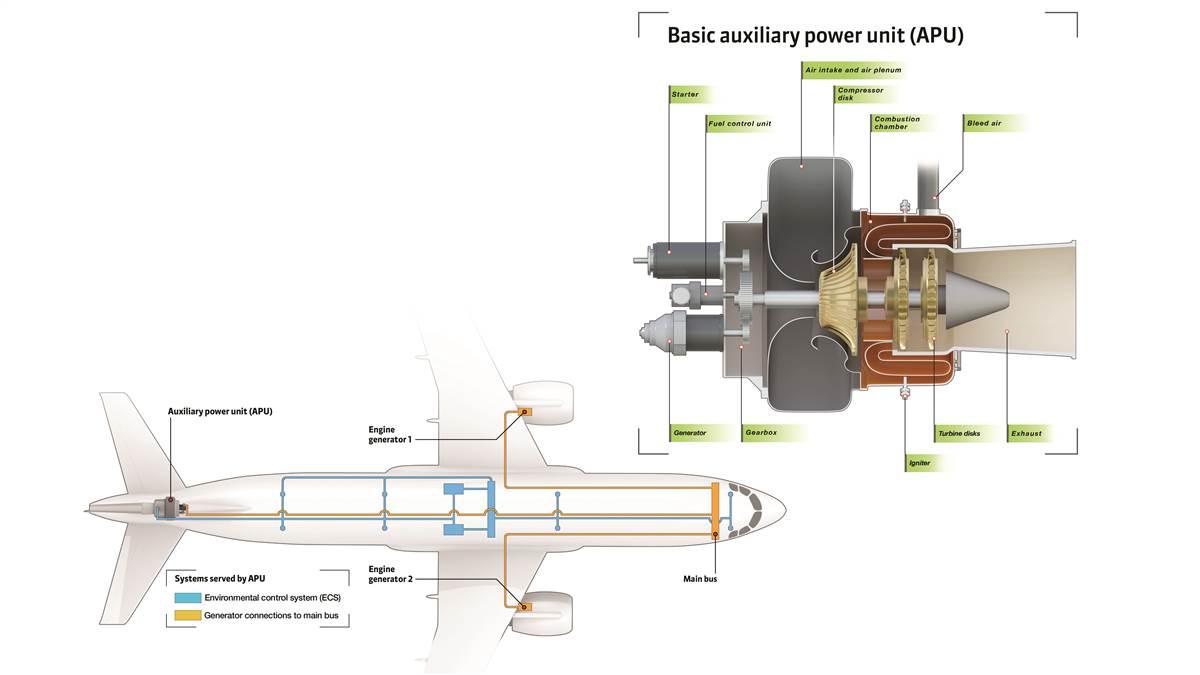 Using high-pressure air to turn the starter—which in turn rotates the engine through gearing until combustion is self-sustaining—is a lighter and more powerful starting method than using an electrical motor. There is an evident downside, however: The air turbine starter requires a source of high-pressure air to function, and without the first engine running that air will have to come from somewhere else.

Enter the auxiliary power unit (APU), a system not found in light jets. An APU is the simplest and smallest of turbine engines, often consisting of only one compressor stage (disk) and one turbine stage, and started (as light jet engines are) from battery power. If it does nothing else the APU is used to provide bleed air for engine start; indeed, for some jets it is standard procedure to shut down the APU once all engines are running.

Before providing that starting force however, the APU can also provide two important resources to an aircraft—bleed air for heating or cooling, and enough electricity to power all aircraft systems while charging the aircraft batteries. Smaller jets without an APU are reliant on an external ground power unit (GPU) for extended operation of the avionics on the ground, as needed for initial programming of the aircraft’s avionics suite with flight plan and performance information. Additionally, until engines are running, cooling the aircraft via the vapor cycle system (VCS, or air conditioning) is only possible with access to a suitable GPU capable of the large amp load the VCS draws.

At smaller airports GPUs are frequently of questionable quality, of limited quantity, or simply nonexistent. Most light jet pilots have experienced an FBO with only one GPU—inevitably already tied up when their aircraft’s batteries are right on the edge of sufficient strength for an engine start. Also common is a GPU older than the pilot—and that dies as soon as any real load is placed on it, such as when the VCS is turned on. Freedom from the infrastructure constraints of airports and FBOs is a much-appreciated benefit of APUs: engine start, cooling, or heating (nearly all turbine aircraft can only heat the cabin with bleed air), all possible whenever desired, even in the most remote of locations.

An APU is the simplest and smallest of turbine engines, often consisting of only one compressor stage (disk) and one turbine stage, and started (as light jet engines are) from battery power.An APU also provides a higher volume of bleed air than the engines produce at low power settings, for example during taxi or prolonged descent. On a very hot or cold day the cabin will reach and maintain a comfortable temperature much more quickly on APU air than on engine bleed air during surface operations, or during the final descent to landing. Furthermore, for some jets, having the engine bleeds turned on during taxi commands a higher engine idle speed, leading to faster taxi and/or increased brake use.

The benefits of APU operation extend beyond surface operations and assistance with the transition from a “cold, dark” airplane to engines running. By serving as third source of electrical supply the APU can provide extra redundancy for takeoff and landing, or permit deferral of an inoperative engine-driven generator per the aircraft’s minimum equipment list (MEL), provided the APU is left running for flight.

In some jets, use of the APU can even reduce runway requirements for takeoff. Any engine-supplied bleed air used by the environmental system is air that cannot be mixed with fuel and turned into thrust. As the aircraft can push more fuel through the engine than needed, air volume becomes the limiting factor for thrust output. If a jet allows for a “bleeds off” takeoff—with the APU providing air for cabin pressurization until the takeoff phase is complete and cruise climb is established—extra payload can be carried in performance-limited situations.

Of course, any system comes with limitations that must be known and observed by the pilot. APUs typically have several limiting altitudes below the ceiling of the aircraft: maximum altitude to operate the APU, maximum altitude to start the APU, and maximum altitude to use the APU generator and/or bleed air. They also come with their own set of starting limitations, with maximum peak temperature during start and starter cooling times following an unsuccessful start being the most common.

Modern APU systems are fully automated, with the pilot needing only to turn on a master switch and select start. Electrical power generation and the release of bleed air will be delayed as needed while the APU warms up. The newer APUs also self-monitor and will shut down for any faults, in some cases even automatically discharging a fire extinguisher into the APU housing if a fire is detected, all without pilot action. These fully automated APUs may be approved to run without a pilot on the flight deck, while older systems
may have a limitation that a pilot remain on the flight deck while the APU is operating. 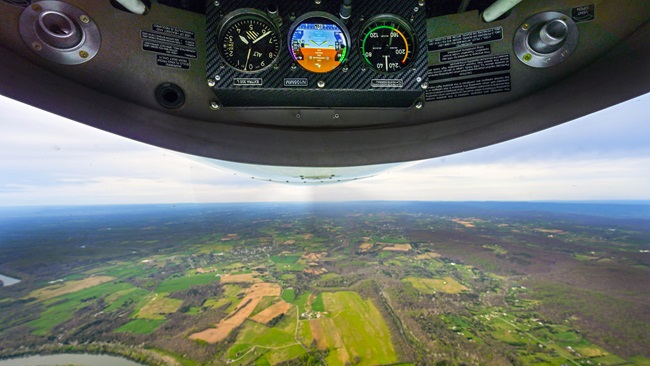