Get the app Get the app
We will be performing maintenance on our systems Sunday, 8/21, beginning at 12:00 A.M. ET and ending at 6:00 A.M. ET. During this time, you may experience intermittent service outages. We appreciate your patience.
News & Media NGPA Industry Expo returns to Palm Springs 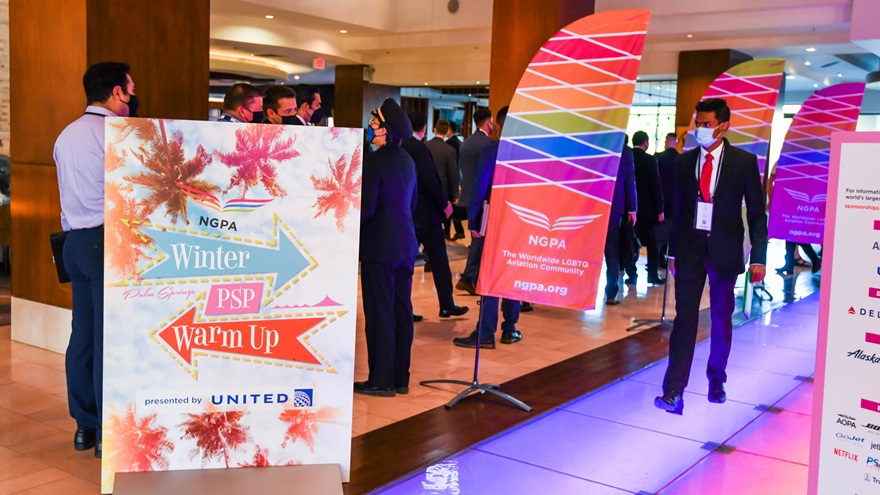 Pilots await their turn to meet with United Airlines in a line that spilled into the lobby. Photo by Niki Britton.

The energy in the air was instantly palpable inside the Renaissance Palm Springs Hotel on the opening day of the NGPA Industry Expo. A line of more than 200 pilots, all dressed to the nines, eager for a one-on-one with United Airlines, spilled into the lobby and paralleled the brightly colored entryway adorned with NGPA flags and illuminated neon floor.

Just beyond the line of United hopefuls, another line of equally eager pilots waited to speak to representatives of FedEx and Alaska Airlines. Further down the brightly lit hallway, the noise of the expo began to build approaching the registration desk and exhibition hall filled wall to wall with more than 70 exhibiting companies and 340 exhibitors all hoping to meet with the many ATP-qualified and general aviation pilots in attendance.

“We started our industry expo portion of the events here in Palm Springs specifically because we knew we needed to create an avenue for our members to get in front of inclusive companies who are willing to recruit directly from an LGBT pilot group,” Brian Gambino, president of NGPA, explained.

Since NGPA’s first industry expo in 2014, which hosted under 200 attendees and just four exhibiting companies, the event has now grown to the second-largest pilot recruiting and aviation networking event in the United States. Gambino and former president David Pettet, both former regional airline pilots, started the industry expo for other pilots like themselves. “We understood that the costs associated with many other events throughout the country, to attend a job fair like this, [were] so high and out of reach for those who were down on their luck and who succumbed to the downturns in the commercial aviation side of the industry back in 2008 [and] 2009 and further downturns in the 2013 timeframe as well, so we wanted to start a job fair for our members that came at no cost, and that’s what we did for many years.… It really placed a lot of members with companies that were open and excited to hire and recruit from within our group.”

Of the 71 exhibiting companies, big-name airlines including United Airlines, Delta Air Lines, American Airlines, Alaska Airlines, and FedEx dispatched staff to provide one-on-one meetings with prospective hires, and résumé reviews that had the potential to lead to interviews in the future. Most notably, American Airlines offered on-the-spot interviews with selected candidates and handed out multiple job offers over the two-day event. 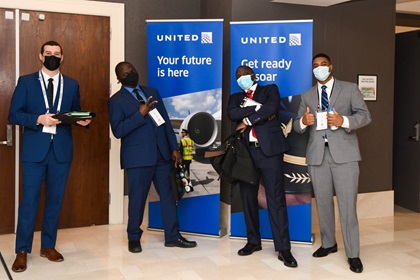 Attendees not only met with airline recruiters, but also representatives from the business aviation industry with Textron being one of NGPA’s first sponsors from the GA community. Aviation organizations were also in attendance including Women in Aviation International, the Professional Asian Pilots Association, Embry-Riddle Aeronautical University, the Organization of Black Aerospace Professionals, the National Business Aviation Association, and more.

Over the last two years, in a time when many nonprofits weren’t seeing growth, NGPA managed to grow its membership to over 4,000.

“A big focus of what we want to do going forward is making sure that we put an emphasis on our general aviation population within NGPA. That is where the roots of everyone’s aviation dreams, careers, aspirations, or passions began, in GA,” Gambino said.

To bring that focus to the GA community, NGPA revealed its third flagship event, Wings over Iowa, to the membership on February 12. Wings over Iowa will take place in Cedar Rapids June 3 through 5, and NGPA members are invited to fly their personal aircraft to the event to give local youth and community members a view into the world of aviation. 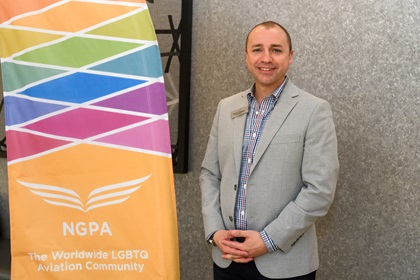 On why NGPA is so valuable for those in the communities it serves and represents (including people who identify themselves as lesbian, gay, bisexual, transgender, or queer, and their allies), Gambino remarked, “NGPA has been a community and a family, that people choose. That is the strongest aspect of our organization.” Camaraderie isn’t the only draw for NGPA members, Gambino explained: “The connections that we bring through our Industry Expo event, the networking opportunities that happen here and at our other social events…educational opportunities…and the NGPA Cares team, which is our mental health advocating arm of the organization to ensure that mental health is first and foremost taken care of for our membership.”

Gambino continued that as the event grows, “It’s important for us to continue offering that opportunity for our members while also being inclusive of the entire aviation community by welcoming everyone to come to our job fair.… Organizations that demand acceptance have to be accepting of everyone around them and so we are always proud that we welcome all members to our industry expo event and we still maintain it as the lowest cost event of its kind.” 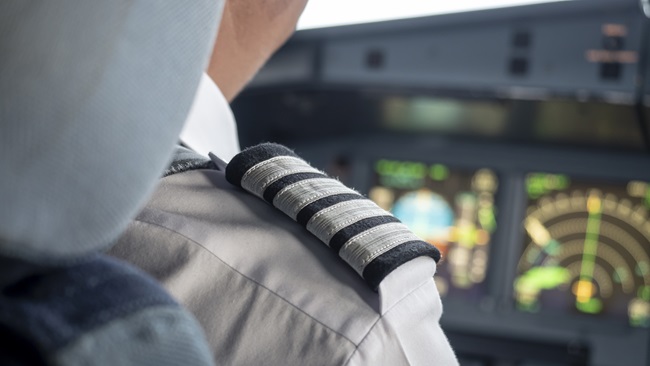