Aircraft, engine, and avionics manufacturers are among many companies around the world facing difficult supply chain dilemmas as a result of the ongoing coronavirus pandemic. 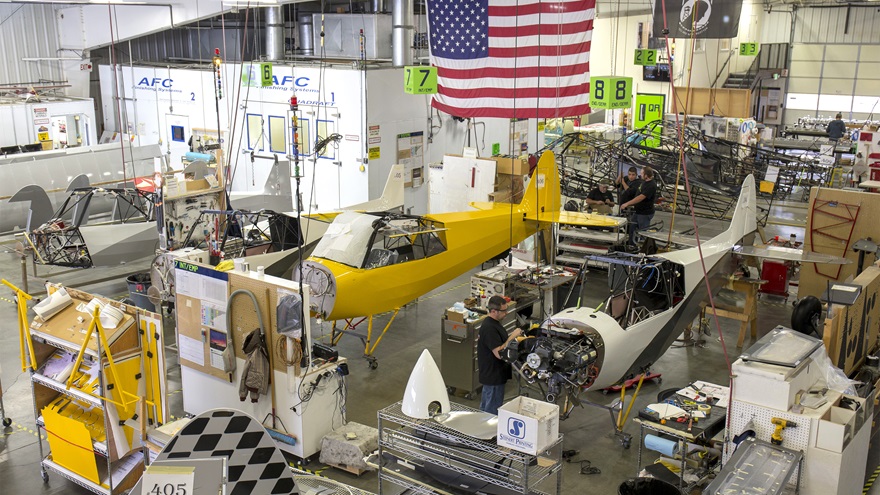 CubCrafters produces the popular XCub at its factory in Yakima, Washington. The company is one of several aircraft manufacturers and other aviation businesses facing parts and labor shortages. Photo by Mike Fizer.

The pandemic has forced several companies, including aircraft manufacturers, to get creative in the ways that they do business. Yakima, Washington-based CubCrafters is among the companies reporting similar issues.

"There was one point… where we were having trouble getting the extrusions—the aluminum extrusions—that we use for lift struts and wing spars. The mill that had the tooling and would run the extrusions was on the East Coast, but they couldn't get any of the… certified aluminum ingots from the foundry in order to be able to run these aviation parts for us," said Brad Damm, CubCrafters vice president of sales and marketing. "We found some of the raw material in Los Angeles… but because of the truck driver shortage and everything else, there was no way to pay someone to move that material to the East Coast. So, we sent some of our manufacturing employees… down to [Los Angeles] to buy that raw material, put it in the back of a rental truck… and drove these ingots of rare bare aluminum to make airplane parts to a mill on the East Coast that was able to run our order. Those are for critical parts. You can't build airplanes without lift struts. You can't build airplanes without wing spars."

Although one might think that the pandemic may have slowed down business for the popular backcountry manufacturer, CubCrafters is sold out of new airplanes until 2024. Damm told AOPA that the company had hoped to increase its manufacturing rate but is unable to do so because of supply chain volatility.

Damm also explained that he hoped customers “who have maybe been a little bit annoyed that they’ve gotten their airplane late or [are] waiting on an airplane from us” will see that “CubCrafters is going to incredible lengths” to produce and deliver aircraft in “really challenging times.”

AOPA reached out to Textron Aviation, Piper Aircraft, and Daher about the ongoing impact of the pandemic, but Textron declined to comment and Piper and Daher had not responded as of publication deadline. Early in the pandemic Piper pivoted to produce personal protective equipment.

The avionics side of aviation is also not immune to the supply chain shortages that the industry is facing.

"Just about anything that is produced or manufactured, including avionics and electronics, seems to be impacted in some way or another,” stated Jim Alpiser, Garmin director of aviation aftermarket sales. "In recent months, electronic suppliers have been decommitting on multiple key components that have led to an interruption across some of our product lines. Previously communicated timeframes for some material replenishment [have] not been honored and future commitments are still being determined by our suppliers. We have been working diligently to source parts through all available means, with some positive results, and we continue to assess alternative parts and/or product redesigns to mitigate delivery delays to our customers and dealers."

Avidyne, a competitor to Garmin, is also dealing with suppliers withdrawing from their component delivery commitments.

"It's basically, essentially unprecedented what has happened in the electronics supply chain, which is that… long-standing commitments for components from suppliers to companies like us that use those components… have been completely broken across the board," stated Avidyne CEO Dan Schwinn.

Schwinn told AOPA that before the pandemic, the company would order 12 or 18 months' worth of parts, but now it is impossible to determine whether the supplier will have the part or know when the part will become available. In some cases, Schwinn was told that specific components would not be available until 2024, or in worse cases, the component may not become available ever again.

Schwinn also explained that supply shortages have led to some components being auctioned for prices many times their usual cost, and in some cases substitutes do not exist. "We have been prioritizing availability over cost, which is a decision some people will like and others might not like," he added. "We have constant challenges."

Trio Avionics, a smaller avionics manufacturer based at Gillespie Field in California, told AOPA that it is having its fair share of problems because of the pandemic. Like Avidyne, the manufacturer is having trouble locating specific components for its avionics—specifically components for autopilots. "We are having to find the parts by searching worldwide," said Chuck Busch, president of Trio Avionics. “U.S. distributors do not have much in stock. We are also looking for substitute parts, but those supplies are dwindling down and getting harder to find as well. We will live through it, but it's been a difficult time."

In addition to supply chain shortages and sharp increases in cost, Dynon Avionics is facing another issue—the labor market. "It's probably never been tougher to find great people in the pandemic environment," Dynon Director of Marketing Michael Schofield said of recruiting employees for its Woodinville, Washington, and Canby, Oregon, facilities. "But the extra challenge for us isn't pandemic-related: We're a technology company in the greater Seattle area, which is home to Microsoft, Amazon, and becoming a hub for the other big names as well. So on the engineering/professional side of the company, it's [always] hard to hire against those companies…. The good news is that we've got a lot of talented and passionate folks here, and we're working through all of these hurdles."

Labor shortages are not only a problem for the avionics side of the industry, but also for the engine side. Continental Aerospace Technologies is having a difficult time finding candidates to fill open positions. "We are having issues finding the ideal candidate to join our team," the statement stated. "We are genuinely looking to have the right people in the right seats, and we're fortunate to have many of those individuals already on our team working on current and future projects."

As of publication time, Lycoming and Rotax had not responded to AOPA’s inquiry about any parts or labor shortages they might be facing.