Get the app Get the app
Already a member? Please login below for an enhanced experience. Not a member? Join today
News & Media Icon names new interim CEO

Icon Aircraft named Jerry Meyer as its interim chief executive officer and said the former U.S. naval aviator will focus on building a “strategic roadmap” for the California company.

Photo by Chris Rose.
Icon produces the amphibious, stall-resistant A5, a light sport aircraft that was announced with great fanfare more than a decade ago but has been beset by production delays, price hikes, and the company’s turmoil. A group of Icon shareholders is currently suing the majority owner claiming inappropriate technology transfers to China.

“ICON Aircraft has a rich, albeit short, history of driving innovation while challenging the norms in the aviation industry,” Meyer said in a written statement. “What’s been missing is a strategic roadmap that offers a practical, executable path forward. That is my focus...“ 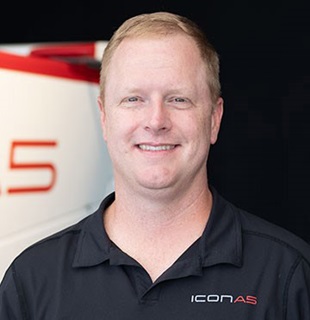 Meyer earned an engineering degree from Duke University and a Master of Business Administration at Northwestern University. He was a U.S. naval aviator and flew Northrop Grumman E–2 Hawkeye turboprops and instructed in McDonnell Douglas T–45 Goshawk jets. He joined Icon in 2016 and said combining his passions for aviation and a startup business was the “culmination of a dream.”

Meyer said the company is close to obtaining FAA certification for the A5 in the primary category, and that designation will enable foreign sales in countries that don’t recognize U.S. light sport aircraft. 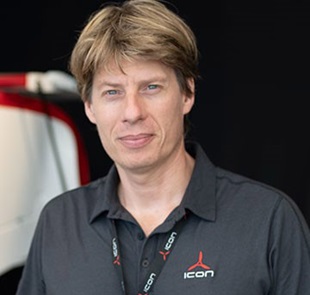 “We know they’ll love them once they fly them,” Meyer said, “and that will lead to additional sales.”