Every pilot learns about cold fronts as part of their weather education—but not all cold fronts are alike. Yes, cold fronts are advancing masses of cold air that form a boundary when they encounter warmer air. But it’s the fast-moving ones you have you really have to watch out for. 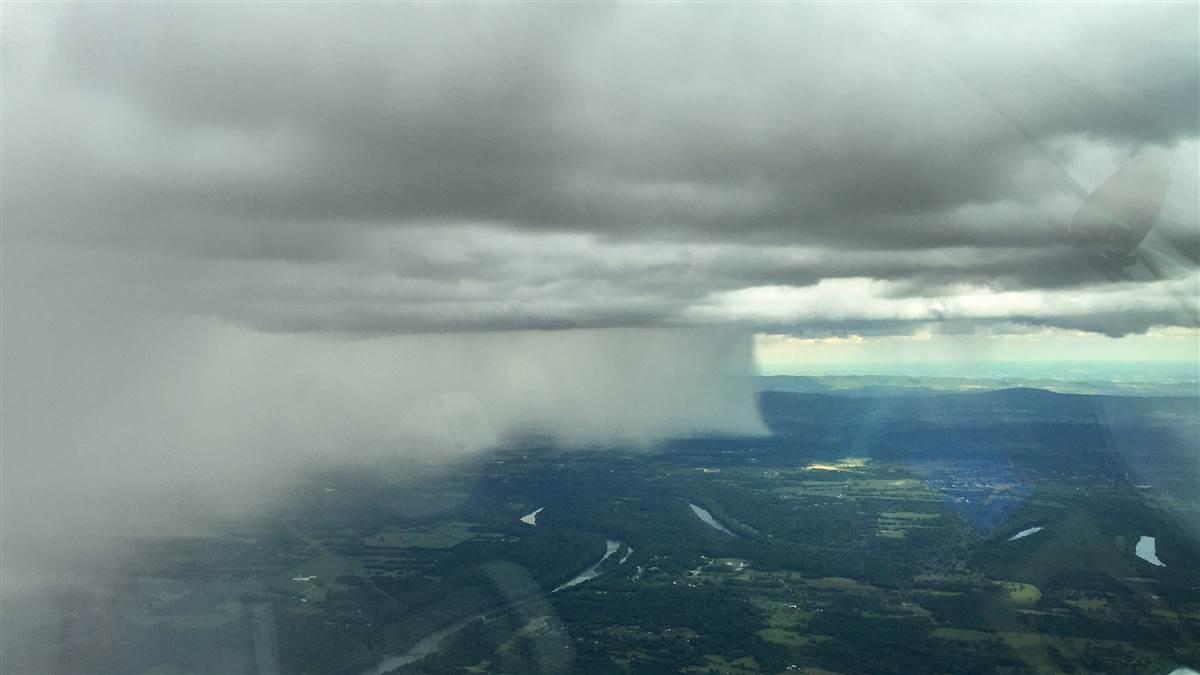 Photography by Thomas B. Haines

Your “typical” cold front might travel at 15 knots, but fast-movers can hit groundspeeds as high as 50 knots. Imagine what happens when all that energy slams into 90-degree air that’s been feeding itself northward from the Gulf of Mexico for days. Cold and warm air converge at the front’s leading edge, and when convergence happens near the surface, there’s nowhere else for the air to go but up.

So up it goes, cooling and condensing into dense clouds that churn with the heat and humidity (revealed in dew points that are 60 degrees, or more) that act as fuel for initiating thunderstorms. And that’s not all. If the winds aloft are running parallel to the front—and coming from the south, they usually are—heavy rainfall can organize into thin bands. Now we’ve got a situation where long, highly energized, long-lasting storm cells propel high-speed winds and severe turbulence ahead of the front.

These bands are called squall lines, and they’re bad news. They can be as little as 50 nautical miles long, or as stretch across hundreds of miles and several states. Even worse, they can last for hours.

Squall lines get a lot of press because they produce very strong, damaging straight-line winds at the surface. Pilots unfortunate enough to encounter them can expect all the adverse weather you’d expect from a rocking thunderstorm—severe turbulence, icing, hail, and lightning—all covering ground at high speed.

Pilots can be taken by surprise if they underestimate a squall line’s speed, but a good preflight weather briefing will certainly mention if squall lines are likely. Convective outlooks and mesoscale discussions from the Storm Prediction Center website (spc.noaa.gov) will certainly mention their probability, as will convective sigmets on the Aviation Weather Center website (aviationweather.gov). Radar imagery does a great job of showing squall lines, so look for thin lines of red or magenta to pick them out—either on the Aviation Weather Center’s website under the radar imagery link, or in the air if you’re equipped with datalinked Doppler weather radar services like SiriusXM Aviation weather or FIS-B.

Once in the air, you should keep your eyes peeled if a fast-moving cold front has been advertised. Squall lines have rain showers or distinctive low-level shelf clouds ahead of them. They’re signals of the rowdy, rising air immediately preceding them. If you see one, you’re too close. Turn away and come up with a plan B. It might involve a precautionary landing. You do not want to go in there! 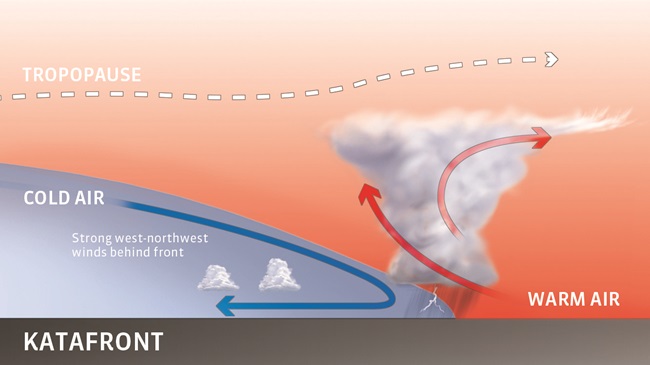