A World War II flight training base to teach again

Good training makes good pilots and builds good airports, too. Down in the land of peanuts and peaches, they’ve been training pilots for more than 90 years at Douglas Municipal Airport in Georgia. 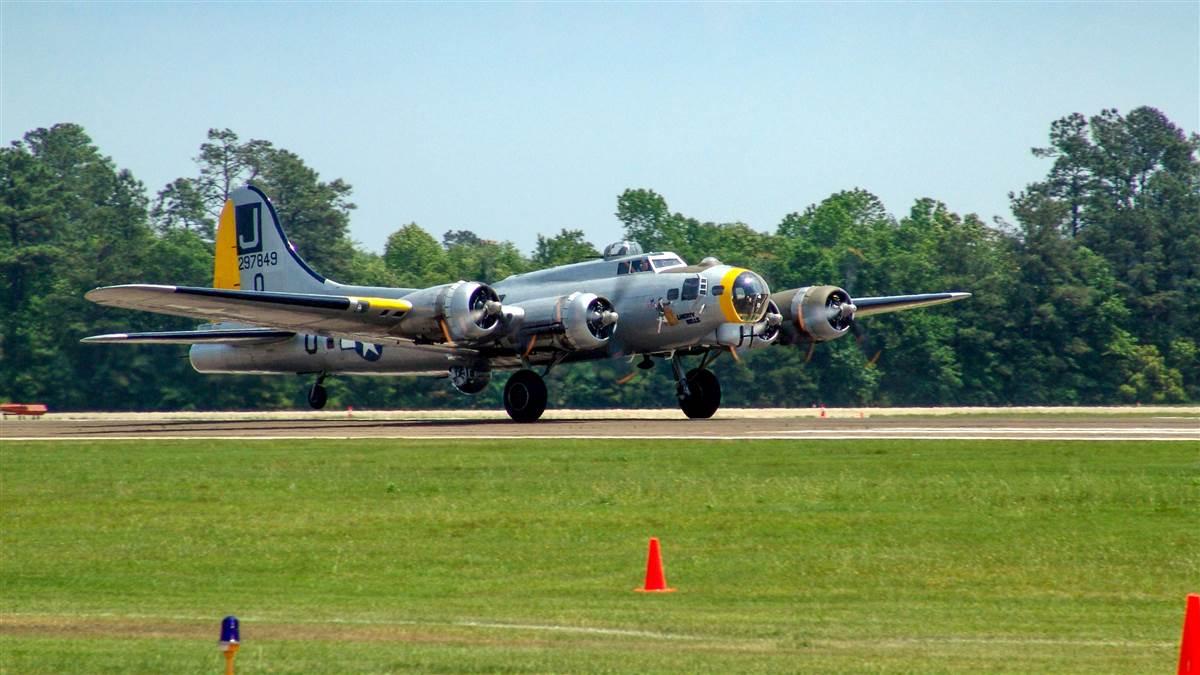 Douglas Municipal Airport (DQH) is located in southeast Georgia, on a direct route between Chicago and Orlando, with Atlanta and Nashville along the route. The airport sits at 250 feet msl with one runway, 4/22, that is 6,005 feet by 100 feet of asphalt. The airport offers self-service 100LL fuel and Jet A, and Twin Aviation Repair can assist with mechanical issues. Overnight hangar space is not available, but there is plenty of tiedown space. The FBO provides the basics—restrooms, a pilot lounge with vending machines, Wi-Fi, and a courtesy car. Numerous hotels are within walking distance, so it’s a convenient stopover.
aopa.org/destinations

In 1928, the year after Lindbergh’s New York-to-Paris flight, flight training began at South Georgia College Airfield in Douglas. The school was Georgia’s first state-supported two-year college and was claimed to be the only one in the nation with its own airport.

In 1939, training began at South Georgia College under the Civilian Pilot Training Act. After the beginning of World War II, the airfield was taken over as the 63rd Flight Training Detachment Airbase and a significant amount of construction on the airfield began. By late 1942, barracks, academic buildings, hangars, a mess hall, administration building, and control tower were under construction. The ramp area was enlarged and auxiliary airfields in the area were surveyed and cleared.

The civilian Raymond-Richardson Aviation Company provided primary flight training for thousands of military cadets who attended school there for about nine weeks. They completed 100 hours of classroom instruction, learned basic instrument flying in the Link Trainer, an early flight simulator, and received real flight time in PT–17 Boeing Stearman biplanes. They soloed before being sent for advanced training in specific aircraft, which could be fighters, bombers, or cargo airplanes. Flight training nationwide peaked in 1943, when there were more than 450 students and 170 airplanes at Douglas. The last class graduated in December 1944, the school closed, and the airfield was repurposed as a depot for disposal of surplus military aircraft. 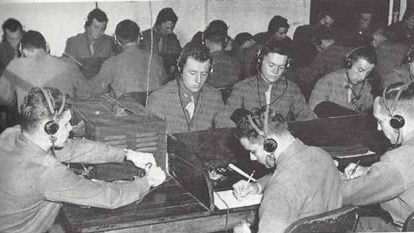 Military construction during World War II usually meant flimsy wood and metal buildings, designed to be utilitarian and temporary. However, the buildings at Douglas were built to a higher standard, made of concrete and steel. Therefore, the 63rd Army Air Forces Contract Pilot School at Douglas is the most intact military training facility of the era, with many of its buildings and hangars appearing much as they were during the war. Today, as you drive up to the airport, you’ll pass by many of these former military buildings still doing duty; one is the local Civil Air Patrol headquarters. The buildings of the 63rd that remain were added to the National Register of Historic Places in 2013.

Tie down on the ramp and walk across the grass to one of the World War II-era buildings, a former cadet barracks, to learn about flight training during World War II. The World War II Flight Training Museum explores how Georgia men were trained as military pilots while Georgia airports were transformed into military bases, with an emphasis on the 63rd AAF Flight Training Detachment. The museum is open 11 a.m. to 4 p.m. Thursdays, Fridays, and Saturdays. Group tours can be arranged for other days of the week by calling the museum.The museum is one stop on the Georgia World War II Heritage Trail, which encompasses 10 military history sites and museums, including the National Museum of the Mighty Eighth Air Force, the Commemorative Air Force, and the National Prisoner of War Museum in Andersonville, Georgia.The Boeing B–17 bomber Liberty Belle is based at Douglas. 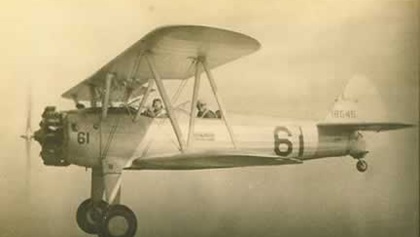 Douglas, Georgia, is a modest town of 12,000 people, where not much seems to have happened. In 1895, the railroad came to town; the Eleventh District Agricultural & Mechanical School was established in 1906 (which became South Georgia State College), and Douglas was a major tobacco market of the region in the 1920s and 1930s. The town’s history, including the wartime flight training, is presented at the Heritage Station Museum, housed in the 1905 train station on Ward Street. Trains no longer pass by the station and the railroad bed has been converted into a rail-trail. Otherwise, the nearest historic site may be 35 miles northwest at the Jefferson Davis Memorial, a State Historic Site. Here, while camping in a pine forest on May 9, 1865, the Confederate president was surrounded by Union cavalry and taken prisoner. Today, there’s a monument marking the spot and a small museum.

Seventy-eight years after the last class of cadets graduated in 1944, aviation education may come to the airport once again. In December 2021, state and local leaders met at South Georgia State College to discuss establishing the Douglas-Coffee County 63rd Integrated Aviation School at the airport, which would be redeveloped as the Douglas-Coffee County 63rd Corporate Aviation Park. The plan is to use the existing airport buildings, and build new ones as needed, for the school. It would be a cooperative effort of the Coffee County Board of Education, Wiregrass Georgia Technical College, and South Georgia State College. They’re consulting with established flight schools to teach flight and aviation technology courses, while researching grants and seeking federal funding. 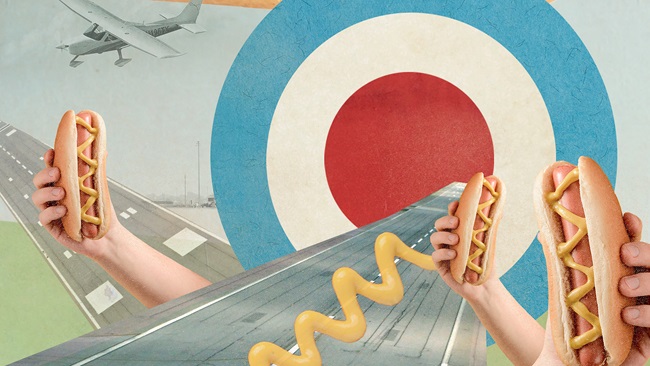 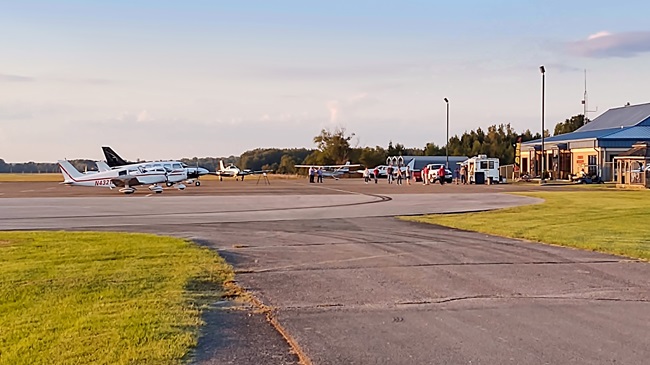 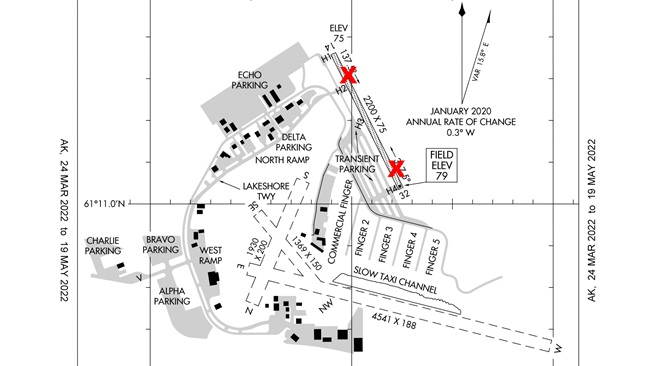