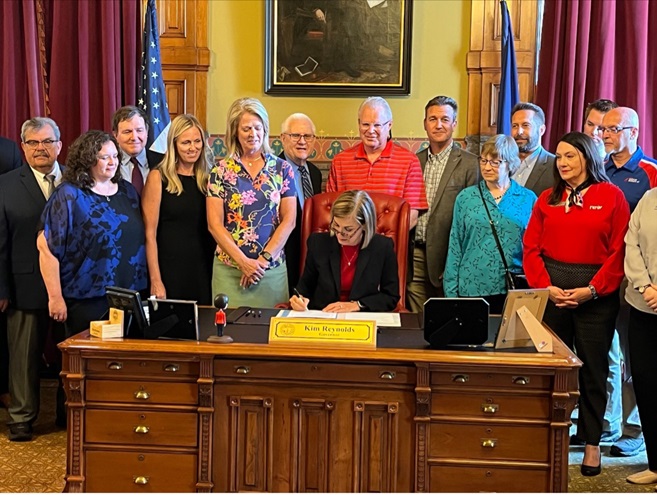 The bill, which was signed by Gov. Kim Reynolds on June 14, ensures a robust aviation economy for the Hawkeye State. A friendly sales tax environment will keep aviation maintenance jobs in the state and save pilots significant costs—along with driving competition and aeronautic activity in the region.

According to an estimate from the Legislative Services Agency, owners of the roughly 3,300 aircraft registered in Iowa could see a savings of up to $10 million from the sales tax exemption.

AOPA and the Iowa Public Airports Association had been pushing for the tax exemption since 2017. Along with many members who engaged with their local senators and representatives, the bill received significant support from state Rep. Steve Bradley (R-Dist. 58), an AOPA member and general aviation advocate.

“I am very pleased that we finally got this bill through the House and the Senate and now down to the Governor’s office for signing. Senator Koelker and myself worked diligently to get this passed. This is a great bill for the Aviation industry and the state of Iowa,” said Bradley.