Get the app Get the app
AOPA will be closing at 2:30pm ET Wednesday, November 23rd, and will remain closed Thursday and Friday in observance of the Thanksgiving holiday. We will reopen Monday November 28th at 8:30am ET.
AOPA Members DO more LEARN more SAVE more - Get MORE out of being a pilot - CLICK HERE
News & Media Gyro Hero: It sure is breezy up here

Aviating in the wind can be intense

Editor's note: This article is part of a monthly series exploring the many upsides of gyroplanes.

The first flight was exhilarating. Cruising along at 500 feet above bright green pastures with a sky that ranged from bright sun to moody and drizzly depending on which way I turned, I could feel the wind on my body when I slipped, the pockets of warming and cooling air while flying across areas of more and less lift, and the smell of the nearby ocean when we went down for a closer look. 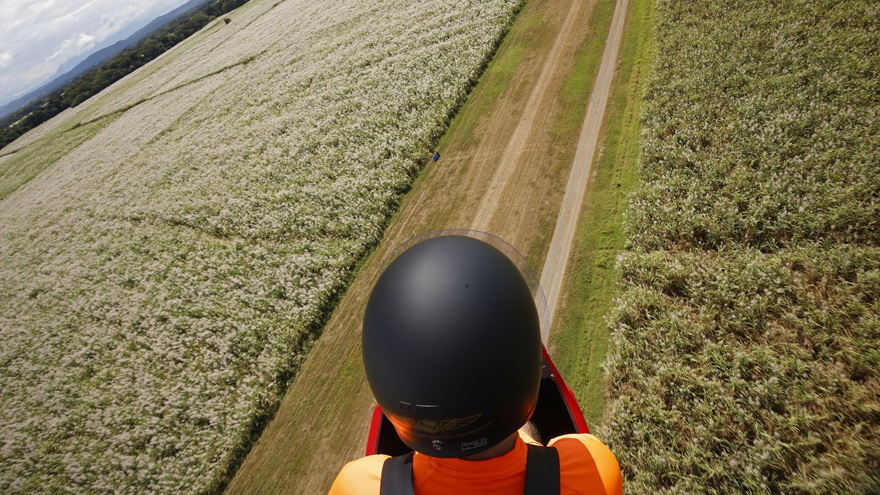 Photo by Chris Rose.
If you haven’t flown in an open-cockpit aircraft it’s hard to fully convey the sensation. Depending on whether you’re flying a Waco or an ultralight, there are also large variations in the experience and the various sensations, the wind, and the noise.

The Autogyro MTOSport I’ve been flying for training fits somewhere between the classic biplane and the weed hopper. There’s a fuselage that’s almost high enough to rest your arms on, and a full windscreen to keep the bugs out of your teeth—although a few have managed to meet their untimely end on my forehead.

While the feeling of flying in open air is exhilarating, it can also be very unsettling. I think this is part of where feelings of gyro or ultralight pilots being crazy originate. Because it’s open-air it must be nuts, so the thinking goes. Yet most of the naysayers leave out the important bit about it being personally unsettling, and instead project those feelings by making larger blanket statements about the safety of the machine.

I understand the fear. Even though I found the open cockpit exhilarating, I also found it really unsettling. Like most things, I thought exposure would eliminate any fear I had been experiencing. Now, after 20 hours of flying, I can say with disappointment that it’s not completely gone. I’ve spent a lot of time analyzing the feeling and I’ve come to a few conclusions.

Hopefully someday I’ll be able to hop in and launch off into the clear blue without any fear of hitting a bird, dropping something that finds its way to the prop, or God forbid, have a life-threatening emergency. But until then, I’ll make sure I’m well rested, have a snack and some water, put on my flying shirt, and have fun, despite the feelings.