A second hard landing related to a software glitch that damaged a second business jet made by Gulfstream Aerospace Corp. prompted the FAA to update a 2020 airworthiness directive requiring flight manual updates for G500 and G600 aircraft to include “more restrictive limitations and procedures,” effective May 9. 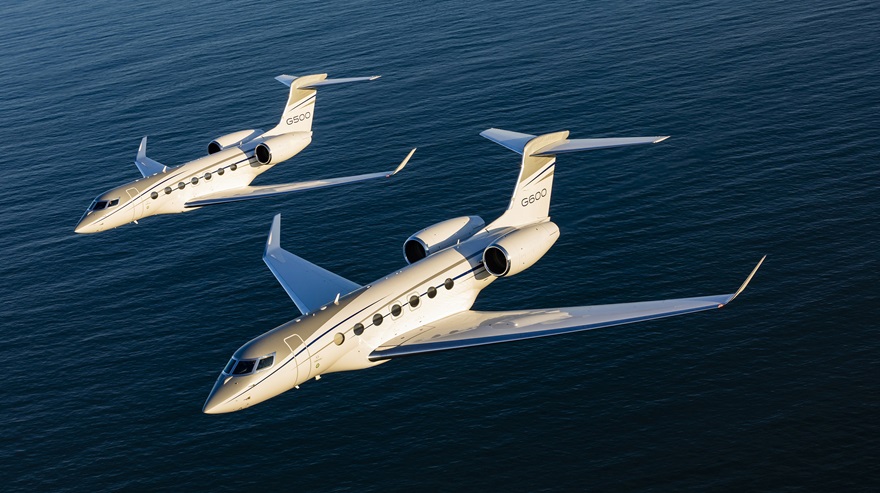 An airworthiness directive issued May 9 requires Gulfstream G500 and G600 pilots to use higher approach speeds and imposes a 15-knot wind limit for landing, pending an update of the flight control software. Photo courtesy of Gulfstream Aerospace Corp.

Gulfstream introduced the long-range, wide-cabin aircraft in 2014, and reported the dual-model program's 100th delivery in March 2021, though the angle-of-attack limiter built into the fly-by-wire control system has proved problematic: The FAA issued an airworthiness directive in 2020 to revise the aircraft documentation to limit the maximum crosswind component and increase approach speed to address an issue that led to a hard landing on February 6, 2020, when the angle-of-attack limiter engaged while the aircraft was flaring in unstable air, resulting in a rapid descent to a hard landing that damaged the aircraft.

The FAA noted an additional and very similar incident in a superseding AD published May 9. The second incident took place April 4, the FAA noted, and followed an identical sequence:

“In both events, the angle of attack (AOA) protection function (alpha limiter) of the flight control computer (FCC) engaged and overrode the pilot pitch control inputs which the flight control law erroneously predicted would exceed the stall AOA. This resulted in a high rate of descent landing on the runway,” the agency noted in the May 9 directive. “Additionally, the pilots in both events had full aft-stick input when the aircraft contacted the runway, and the full-up pitch control did not arrest the high rate of descent landing.”

The AD applies to all GVII-G500 and GVII-G600 airplanes, and the FAA described the required imposition of stricter operating limitations as an “interim action. The manufacturer is developing a modification that will address the unsafe condition identified in this AD. Once this modification is developed, approved, and available, the FAA might consider additional rulemaking.”

The FAA determined that the need to address an unsafe condition is sufficiently urgent to justify foregoing public comment on the rulemaking. Aviation International News reported that Gulfstream engineers are working on a software fix that is expected later in the year. Meanwhile, the updated operating limitations include limiting maximum wind speed to 15 knots, including gusts of no more than 5 knots; requiring all approaches to be stabilized by 1,000 feet altitude; and increasing the minimum approach sped by 10 knots at the threshold, with a related increase in landing distance calculations.