A group of residents and local pilots in the Cape Cod community of Chatham, Massachusetts, fended off an anti-airport coalition attempting to put restrictions on the town’s municipal airport. 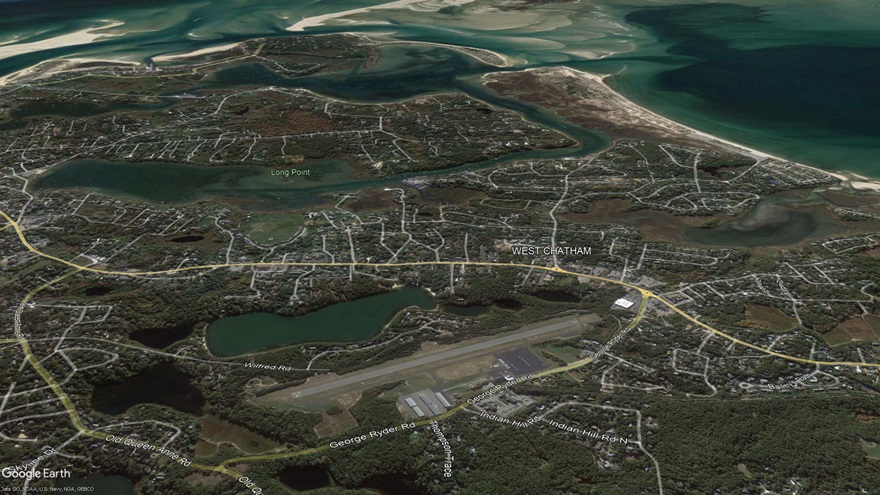 Advocates of Chatham Municipal Airport on Cape Cod won the town's support for the airport and overcame past opposition. Google Earth image.

On May 14, town commissioners and a large majority of the community ultimately voted to strike down two warrants that would prevent development of new instrument approaches, reduce the runway length, and restrict certain types of aircraft at Chatham Municipal Airport.

The recent victory is a testament to how far Chatham Municipal Airport has come in winning over local support, as things weren’t always so peachy between the town and airport.

Nearly 10 years ago, in 2013, residents of the community were involved in a dispute with the airport over skydiving operations on the field. AOPA worked with the local pilot group and weighed in on conversations at public hearings to amend the issue.

Ultimately, the town has grown to appreciate the airport as an ally and economic asset. In 2019, a Massachusetts statewide airport economic impact study was done and showed that Chatham Municipal Airport contributes to 156 jobs and nearly $14 million in economic output.

In an effort to continue the goodwill, Chatham Municipal Airport is hosting its annual open house on June 11. All are welcome to attend this free family friendly event featuring an aircraft static display, antique warbirds, and military aircraft. and learn more about the local airport.