Get the app Get the app
Already a member? Please login below for an enhanced experience. Not a member? Join today
News & Media Unpredictable

Three days into my first “true” cross-country from Maryland to California we approached the Banning Pass near Palm Springs, California. 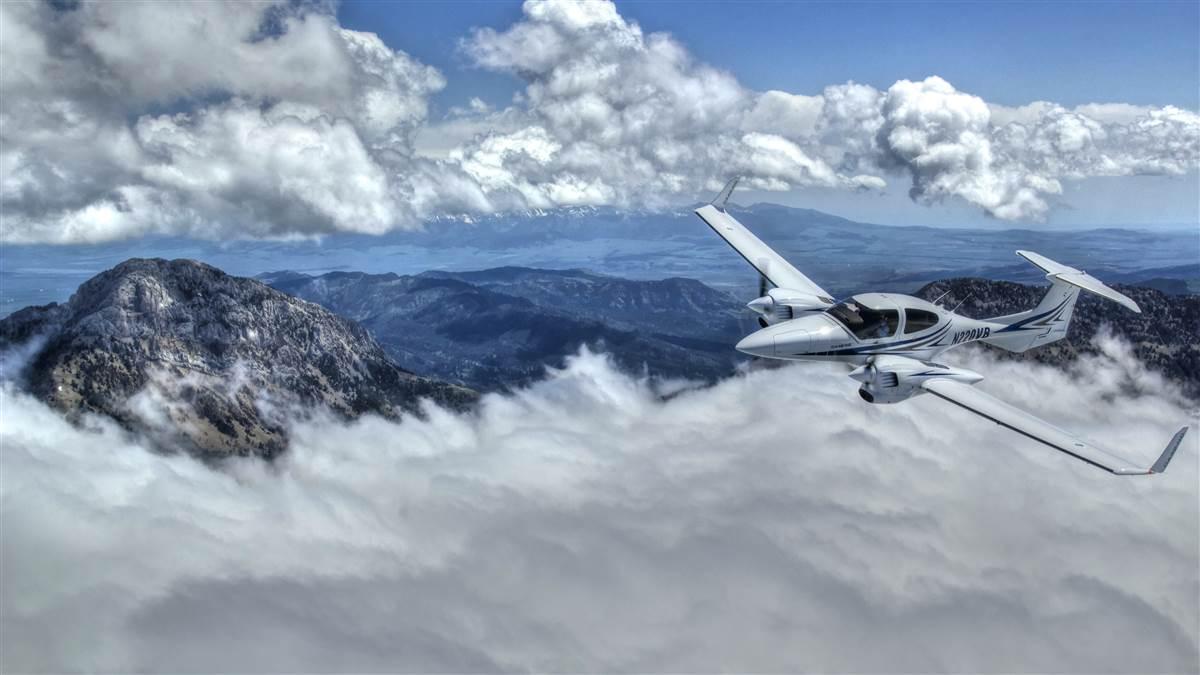 A few basic strategies may help save the day. 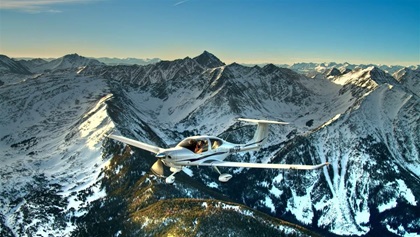 For those of us who fly in relatively populated areas, the idea of needing to bring survival gear seems about as logical as stocking toilet paper for a pandemic. But even in the densely populated Northeast, there are hundreds of miles of uninhabited forests, large bodies of water, and sparsely populated mountains. So, wherever you fly, making a successful forced landing is only step one. Now you must make it back to civilization.

In its collection of excellent safety resources, the AOPA Air Safety Institute has created a section that focuses on survival preparedness. This collection of videos, stories, products, and links includes guidance on everything from getting into a raft to what products to carry to keep you safe in the woods. For mountain operations these tips are particularly useful, given that a rescue could be days away. —IJT
airsafetyinstitute.org/safetycenter/survival

Aware of what I considered the real risk in mountain flying, namely runway performance, I had dutifully calculated takeoff distances for every stop since West Texas, and I chose airports with long runways. But flying toward the pass in the Piper Archer at full power and still descending, and having no idea what to do about it, I realized my mountain flying knowledge was severely limited.

I’m not alone. One study of accidents near Aspen, Colorado, from 1989 found that 41 percent of the fatalities were from out of state. It’s common for accident reports from the mountains to describe pilots well beyond their knowledge and capabilities, and that includes pilots with extensive mountain flying experience who simply weren’t as familiar with the area.

While a private pilot certificate gives us license to fly anywhere in the country we please, the amount of training we receive on environments beyond the local training area is usually slim. We learn to calculate density altitude and look at photos of lenticular clouds, but it’s not until you’re in the mountains descending at full power with no clue why and no plan to escape that you realize just how uncompromising the environment can be.

“Updrafts, downdrafts, and the effect of wind are impossible to grasp until you see it,” said Ben Walton, founder and president of Summit Aviation in Bozeman, Montana. Walton started the company as a flight school in 2001, and it has grown to include charter, sales, and a range of specialized training programs, including single- and multiengine mountain flying courses. Unlike many mountain flying training programs that look at the discipline as a recreational and sporting opportunity, Walton said Summit’s course is focused on pilots who want to increase their knowledge of operating in such a harsh place.

“We go into challenging runways, but not crazy backcountry strips,” he said. “There is a heavy focus on the planning process.” That’s smart because poor planning is a key factor in many accidents—even if it’s not immediately obvious, such as an airplane running out of fuel because it couldn’t make the vast distance between airports. Walton gives the example of Bozeman to Cody, Wyoming. It’s a beautiful flight if you were to go direct, but there are zero emergency landing options, he said. A lot of pilots from east of the Mississippi are used to being able to go straight from departure to destination, except for maybe a short deviation for airspace. But in the mountains, direct often either isn’t an option, or it’s a poor choice. Going to Red Lodge, Montana, only adds about 11 miles to the Bozeman to Cody flight, but because of flatter terrain, it’s significantly safer, he said. 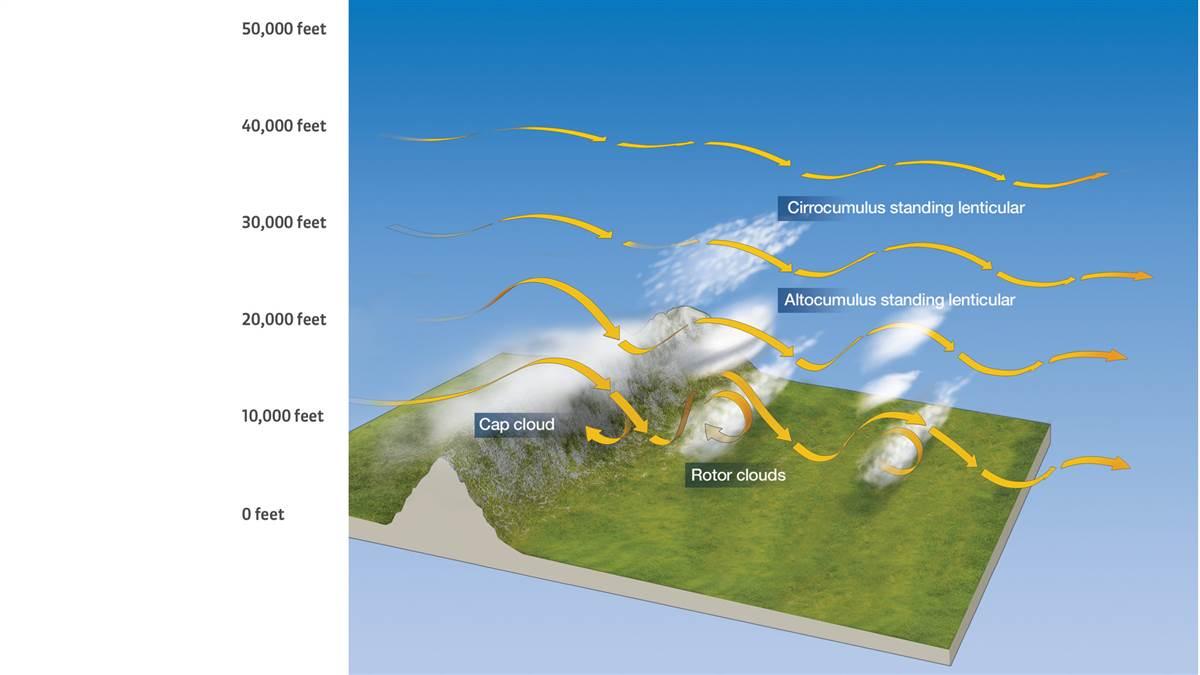 Because they are a symptom of moisture and atmospheric stability, clouds can be a great way to determine what the ride will be like in a mountainous environment. Rotors and lenticular clouds indicate strong or extreme turbulence at various altitudes. (Illustration by Charles Floyd) 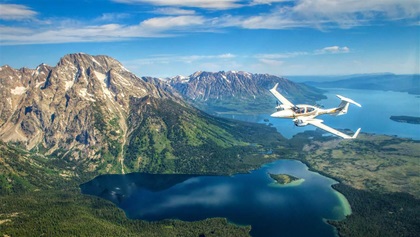 While flatland pilots can generally get away with planning a simple direct-to on ForeFlight five minutes before they jump in the airplane, a flight in the mountains requires significantly more thought. Will the aircraft clear the terrain? Are you familiar with the passes? Will the airplane be able to take off from all the runways you plan to use? What about when it gets 20 degrees warmer? How can you increase safety by following lower terrain? Are there emergency landing sites along your route? It doesn’t take long to realize that merely calculating takeoff distances is the beginning of a long list of planning tasks you must complete in order to fly safely among higher terrain.

Among the most difficult of all variables is weather. Not only is it often unpredictable, the local terrain has an outsized influence, creating dozens of microclimates. And, you’ll be approaching a lot of it completely unaware. “You can’t trust the forecast or the METAR beyond the airport,” Walton said. And in most places out West or in Alaska, that can mean hundreds of miles of completely unknown conditions. Even weather radar can be spotty. Satellite images can help. Walton uses Windy, an app that interprets a host of different data points to come up with nifty wind maps. Weather cameras are also starting to pop up in various passes (weathercams.faa.gov). 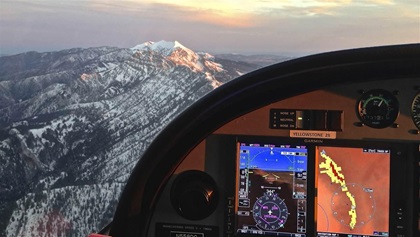 Just like anywhere you may fly, cloud cover, precipitation, and convective activity are big concerns. But even on beautiful clear days, wind is a critical data point. We know wind matters for takeoff and landing, but other than calculating groundspeed, flatlanders tend to ignore winds aloft. That would be a mistake in the mountains. On a calm day with little wind, you could sail through the mountains and not worry about it affecting performance. Once the winds hit about 20 knots, the fun begins.

The first risk is turbulence. Have you driven on the highway behind a large truck and felt your car being jostled back and forth? This is what happens when wind goes through the mountains, except on a massive scale. The terrain creates orographic turbulence that can affect the ride hundreds of miles downstream from the mountains. And if you’re in the middle of the terrain, the turbulence can be punishing. Combine that with some late-day heating and you can understand why many pilots avoid flying in the mountainous desert Southwest later in the day.

The other risk is updrafts and downdrafts. After my trip through the Banning Pass, I assumed that the narrow passage had acted like a funnel and accelerated the wind into the pass and directly toward me. But it’s more likely that I was in a downdraft from the nearby peaks. Like a waterfall of air, the downdraft easily out-powered the airplane and sent me toward the ground. Thankfully I was thousands of feet above the surface, so it wasn’t a major concern. But it opened my eyes to the power of the wind.

“It’s alarming if you’ve never experienced it before,” Walton said. Once they discuss the power of updrafts and downdrafts in class, the student will go out with an instructor and fly on the upwind side of the ridge, and then cross over and go to the downwind side. “In training we go there on purpose to learn to experience it and what to do about it. If you can visualize the wind like water, you can escape.” He said students will be cruising in smooth air and see 2,000 feet per minute down on the vertical speed indicator. It’s barely perceptible when the air is smooth, so a good scan is important. Summit teaches to always give yourself an out toward lower terrain. And just like rip currents at the beach, these areas aren’t particularly large. Walton said that within 20 seconds the student can usually find a way out.

It’s just one of the many eye-opening experiences flying in the mountains. Another is that small airplanes are often outmatched for the environment. Walton said all the time instructors will point toward a ridge and ask the student if they can climb over it. What happens next has become predictable. Student thinks it’s easy to clear. Instructor says to try it. Student realizes too late that there’s no way the airplane will make it. Student gets to practice a real-world canyon turn. The lesson is that ridges can rarely be bested, so don’t try. Many an accident has occurred when a pilot tried to clear a ridge and failed.

It speaks to the general theme that mountains leave little margin for error, and flying in remote, unforgiving terrain assumes an increased level of risk. Good planning, some advanced weather knowledge, personal experience, and tapping into the expertise of others can help reduce some of those risks. 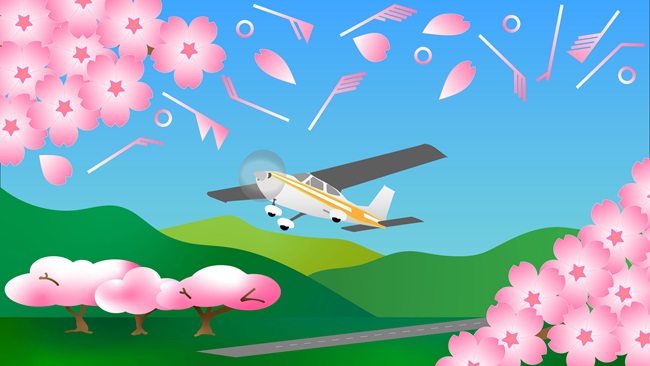 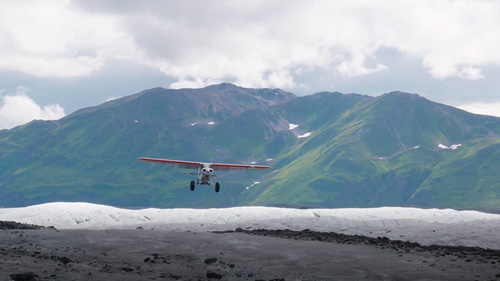 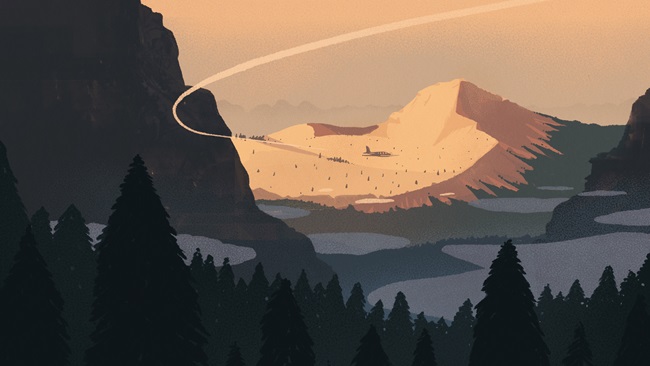