Most Carbon Cub pilots choose to fly a CubCrafters aircraft for a few reasons: to explore backcountry destinations; to hop on the short takeoff and landing craze; or to simply enjoy the simplicities of flying a modern, high-powered aircraft that slightly resembles the nostalgic feel of a Piper J–3 Cub. 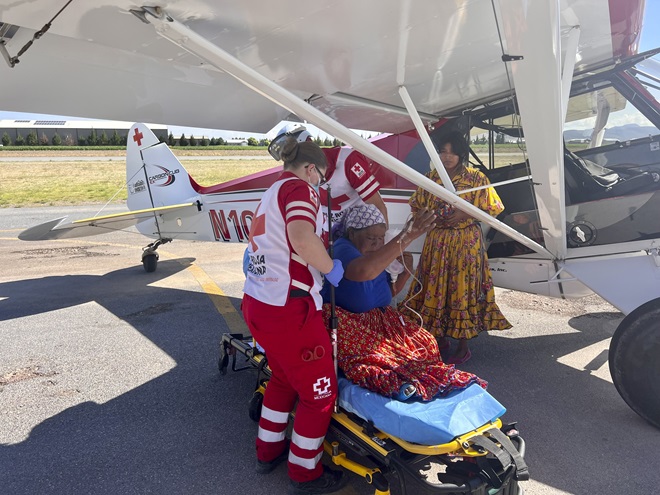 Patients are carried out of the Carbon Cub and placed onto a stretcher once they arrive at the hospital. Photo courtesy of Brent Dodd.

"The airstrips are 600 feet long and are covered in dirt and rock," said Dodd. "The Carbon Cub's 29-inch tires and AOSS suspension (compared to a traditional bungee gear) are a huge plus."

In addition to backcountry tires and a new suspension system the experimental Carbon Cub was outfitted with a third seat for patient transport. "A third seat passenger will sit cross legged on foam," said Dodd. In the case of a stretcher, the aft seats are removed, and the patient is secured on the floor with seatbelts. "A ten-minute flight saves on average a three-hour drive on rough roads," said Dodd. "And most people don't have cars."

Since 2014, Dodd and his wife have been living on a dirt runway in Mexico in support of the United Indian Missions' aviation sector. Currently Dodd serves as the organization's director of flight operations, airframe and powerplant mechanic, and sole missionary pilot of the Carbon Cub.

"I heard they needed a pilot for the hospital," said Dodd, who had worked as a missionary pilot in Papua New Guinea from 1997 to 2012. "Mexico was a lot closer to the United States than Papua New Guinea."

Over the last three years alone Dodd has transported 477 people and 13,069 pounds of cargo to and from the rural villages and hospitals.

"Because of the remoteness of the area that I fly in, if the hospital did not provide [air transport] [these people] would have died," recalled Dodd.

Although Dodd transports patients with ailments ranging from rattlesnake bites to shortness of breath and broken legs, Dodd says his most grateful patients are those returning from cataract surgery. 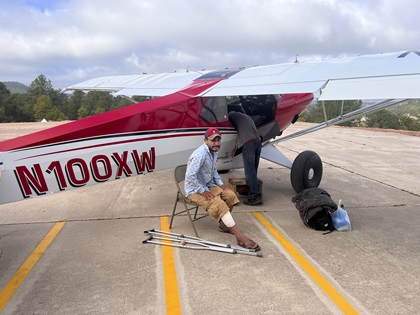 "Most of the Indigenous people have never been in an airplane before but they are stoic individuals," said Dodd. "When I fly patients to cataract surgery and back, they are a totally different person, and they are so appreciative. Their life has totally changed."

In addition to piloting the Carbon Cub, Dodd also flies a Cessna 206 that belongs to United Indian Missions Aviation. This aircraft transports patients across longer distances from their villages to a hospital in Chihuahua. Although the turbocharged Cessna can transport more patients and get them to the hospital faster, Dodd says the Carbon Cub is far more economical.

As a result of this savings, Mexico Medical Missions is currently raising funds to trade its current Carbon Cub in for a more capable model, the FX-3.

"The faster cruising speed, constant speed propeller, fuel injection, and the ability to fit inside the aft CG envelope better when we are transporting patients, makes the FX-3 the desired airplane," said Dodd.