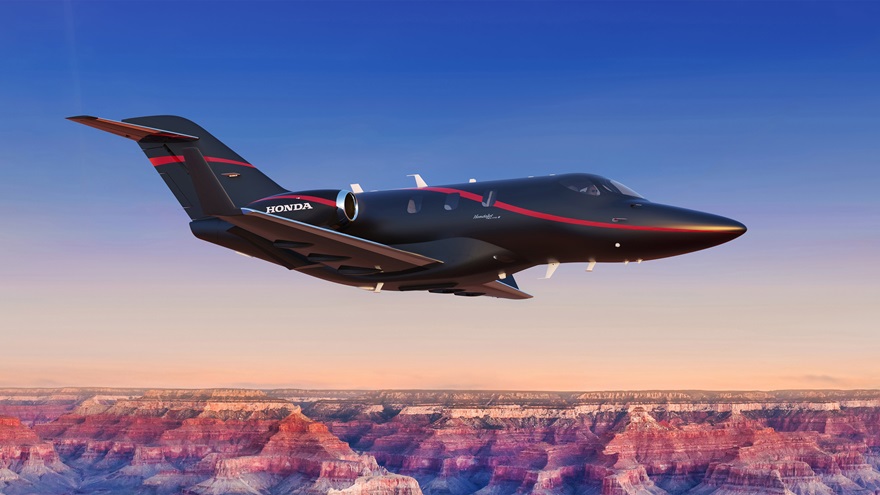 Among its new features the Elite II has more fuel capacity, which allows its range to extend as far as 1,547 nautical miles, Honda said. In addition, maximum gross takeoff weight has been increased to 11,100 pounds. Ground spoilers, which make for shorter landing distances, are also new.

The company plans to add autothrottles and emergency autoland capabilities to its Garmin G3000 avionics suite by the end of 2023, as well as a stabilized approach monitor that gives aural and visual alerts so pilots can maintain a stabilized path on final approach segments.

AOPA Pilot Editor at Large
AOPA Pilot Editor at Large Tom Horne has worked at AOPA since the early 1980s. He began flying in 1975 and has an airline transport pilot and flight instructor certificates. He’s flown everything from ultralights to Gulfstreams and ferried numerous piston airplanes across the Atlantic.
Go to Thomas A. Horne's Profile
Topics: Jet, Honda