Get the app Get the app
AOPA will be closing at 2:30pm ET Wednesday, November 23rd, and will remain closed Thursday and Friday in observance of the Thanksgiving holiday. We will reopen Monday November 28th at 8:30am ET.
AOPA Members DO more LEARN more SAVE more - Get MORE out of being a pilot - CLICK HERE
News & Media Tampa Hangout to proceed

AOPA carefully considered the implications of holding an event designed for fly-in fun within weeks of a major hurricane devastating parts of the same state, and opted to proceed with the plan. 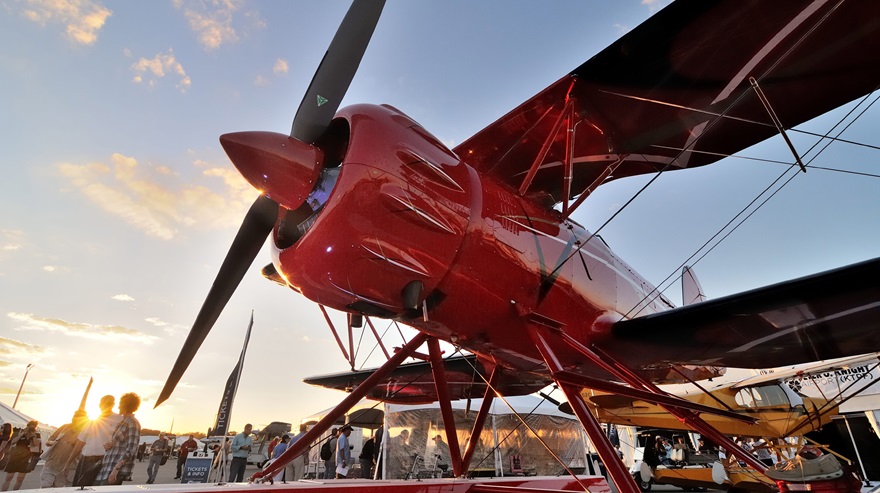 While Hurricane Ian had been projected to cause significant flooding and wind damage to Tampa, Florida, the storm's southern shift in the final 24 hours before landfall spared the Tampa area the worst of the damage. Cities and towns about 80 nautical miles south of Tampa Executive Airport, particularly barrier islands including Cayo Costa, where the Category 4 hurricane made landfall on September 28, and the nearby communities of Fort Myers, Sanibel Island, and Punta Gorda, bore the brunt of the flooding and wind damage. North of the storm’s path, the destruction was far less severe, and Tampa became a staging area for relief supplies rather than a recipient.

Consultations with staff and volunteers on the ground at Tampa Executive Airport, where the Hangout is scheduled to proceed on November 4 and 5, advised AOPA leadership that the event remains feasible from an infrastructure and facilities standpoint. AOPA was reaching out to registered attendees to confirm they still plan to attend and continues to monitor the situation.

Many pilots volunteered to participate directly in the storm response and recovery, and AOPA Vice President of Airports and State Advocacy Mike Ginter volunteered to assemble a panel of staff experts on insurance, aviation safety, and advocacy for a seminar on hurricane preparedness and disaster recovery on November 5 at 3 p.m. Eastern time. AOPA is eager to find additional ways to leverage the inclination of many pilots to help people in need, and a portion of the event's proceeds will be donated to the recovery effort. AOPA encourages members, whether they plan to attend or not, to consider supporting storm recovery directly by donating to established organizations operating in the disaster zone, including Volunteer Florida and the American Red Cross.

Any further updates to the event plan will be communicated directly to vendors and registered attendees, and also across AOPA’s media and social media channels.