AOPA and several other aviation associations are urging New York Gov. Kathy Hochul to veto legislation that would allow citizens to file frivolous lawsuits for helicopter noise across the state. 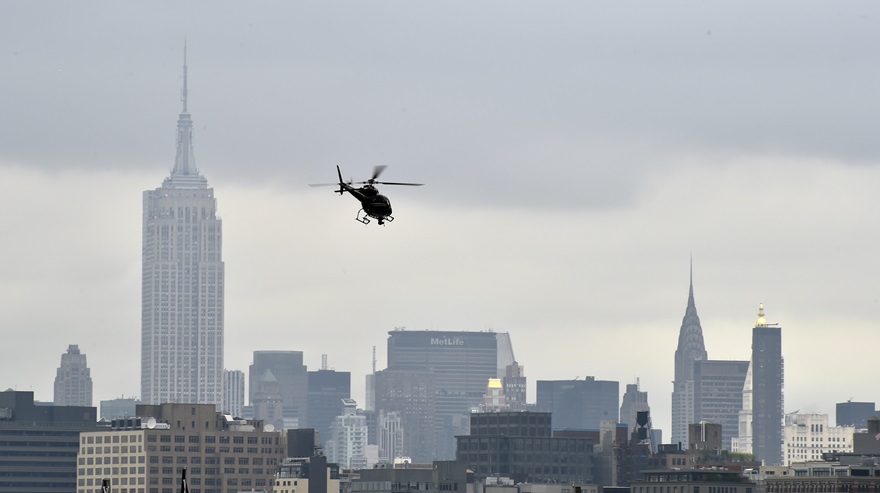 A helicopter approaches the Manhattan heliport targeted by New York lawmakers seeking to mitigate noise, a bill that AOPA and other advocates urged Gov. Kathy Hochul to veto. Photo by David Tulis.

S. B.7493-A, also known as "stop the chop," was intended to mitigate helicopter operations at the West 30th Street Heliport—but language in the bill unfortunately interprets it as applying to helicopter operations statewide. Under "stop the chop," citizens can sue a pilot, flight department, line service personnel, or company employee operating in the state for alleged helicopter noise pollution—even if the operation complies with federal law and regulations.

Supporters of the bill believe threat of a lawsuit will curb operations of revenue-generating sightseeing flights and address the uptick of noise complaints from New Yorkers—which surged from 10,359 in 2020 to 25,821 in 2021, according to lawmakers behind the bill.

The ambiguous legislation has drawn opposition from a number of aviation groups who say it would have detrimental impacts on the industry and the state's economy. In a joint letter to the governor, AOPA and the New York Aviation Management Association wrote, "This legislation would have a chilling effect on private investment in aviation industries and infrastructure as New York would be labeled as hostile to the aviation community and its outcrop of growing technology sectors."

As it stands, the general aviation industry in New York accounts for more than 43,000 jobs and contributes $8.6 billion in total economic output.

The groups also cited the impact this bill would have on investment in New York's unmanned aircraft system (UAS) test sites. Currently, New York hosts one of seven FAA-designated UAS test sites with a 50-mile UAS traffic management corridor awarded through a competitive application process overseen by NASA and the FAA. According to the groups, the passage of this legislation would incentivize high-technology businesses to look elsewhere and invest in other states eager to support growing aviation sectors.

Despite failing to garner traction within the state Senate Judiciary Committee, the Rules Committee passed the bill without a public hearing. Once the governor's office calls for the bill, she will have 10 days to sign it into law or veto the legislation.