Get the app Get the app
AOPA will be closing at 2:30pm ET Wednesday, November 23rd, and will remain closed Thursday and Friday in observance of the Thanksgiving holiday. We will reopen Monday November 28th at 8:30am ET.
AOPA Members DO more LEARN more SAVE more - Get MORE out of being a pilot - CLICK HERE
News & Media New IFR GPS routes for Alaska

The FAA updated instrument charts September 8 to add the first new batch of GPS-based IFR routes, with more to follow. 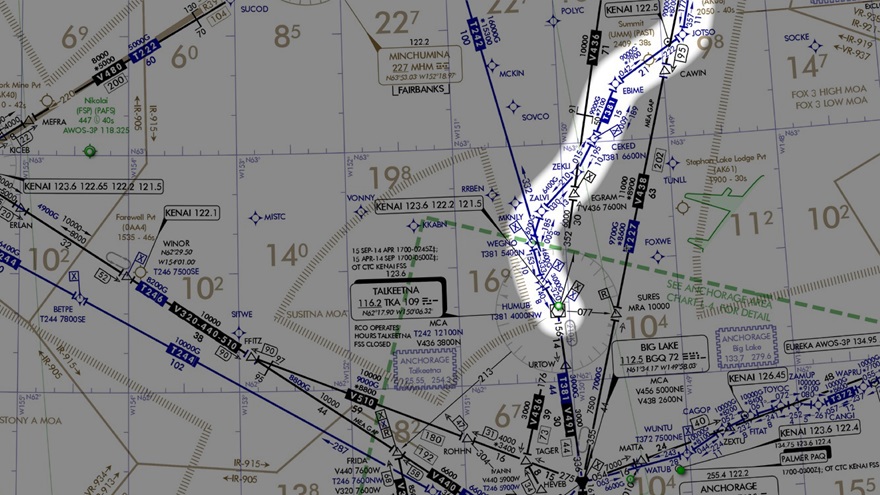 New IFR route T381 snakes through the terrain across the Alaska Range, in contrast to the more direct T227 and V438, allowing lower minimum enroute altitudes for some segments of the route. Image courtesy of SkyVector.

IFR pilots should look for changes on the Enroute Low Altitude Charts across Alaska. In the September 8 chart cycle, the FAA added or modified 13 IFR T-routes in the state, with an additional 23 routes yet to be added over the next several cycles. These routes look different from conventional navaid-to-navaid routes and are specifically designed to snake through terrain in some locations, helping provide the lowest possible minimum enroute altitudes (MEAs). This effort results from a significant amount of work done by the FAA in collaboration with AOPA, the Alaska Airmen’s Association, the Alaska Air Carriers Association, and other industry stakeholders.

As the old nondirectional radio beacons “age out” of the FAA’s inventory, the airways they anchor will also be decommissioned. Fortunately, we can now take advantage of GPS-based T-routes to replace them. When the FAA approached AOPA several years ago, we and other industry partners agreed to look at the old route structure and participate in a working group to “modernize” it.  This culminated with a meeting in May 2019 in which routes were nominated and discussed for possible development. One of our objectives was to obtain the lowest possible MEAs, helping general aviation aircraft avoid icing conditions to the greatest extent possible—even if it meant flying longer segments in some cases. Fortunately, with Wide Area Augmentation System-based GPS, we are now no longer limited to direct point-to-point routes over long distances and can instead define routes with shorter segments that follow lower terrain. A look at some of the charts reveals some very different routes today.

While these routes may snake through terrain laterally, there are significant areas where the lack of radio coverage forces the MEAs higher, to allow communication with air traffic control. The FAA is continuing to evaluate this situation, understanding the safety benefits of providing options for those of us who don’t fly high-performance equipment capable of reaching the flight levels. Another effort is underway to reexamine regions of Alaska that are defined as mountainous. The maps used to make these determinations many years ago were made with lower quality than we have today. Areas that are designated mountainous require an additional 1,000 feet of clearance above terrain along IFR routes. Using modern, more detailed maps and geographic information system analysis tools may allow the MEAs of IFR routes in some parts of the state to be lowered. This is another way to help keep aircraft out of icing conditions.

AOPA realizes that, where possible, and for aircraft suitably equipped, controllers are issuing “direct-to” clearances and not using airways. The route structure is being developed, however, to provide a framework for us to obtain lower MEA altitudes and for times when, for other reasons, direct-to clearances won’t work. We would like to hear from pilots using these new airways to better understand how well they are working. Please submit your observations via email. And watch for more changes to the IFR system in the months ahead. 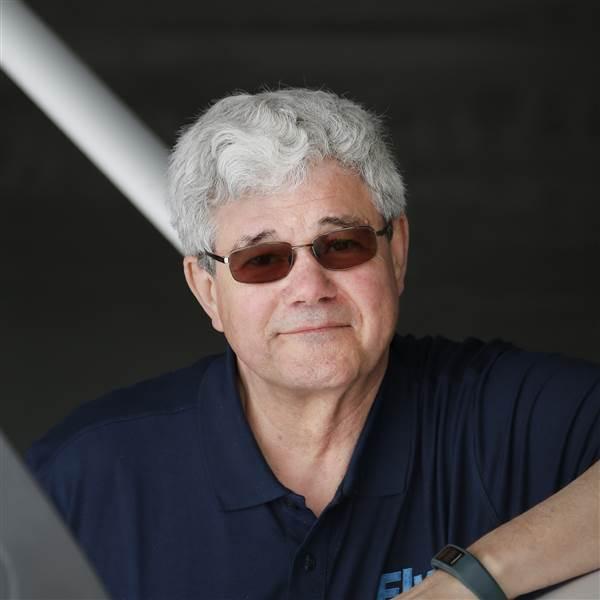