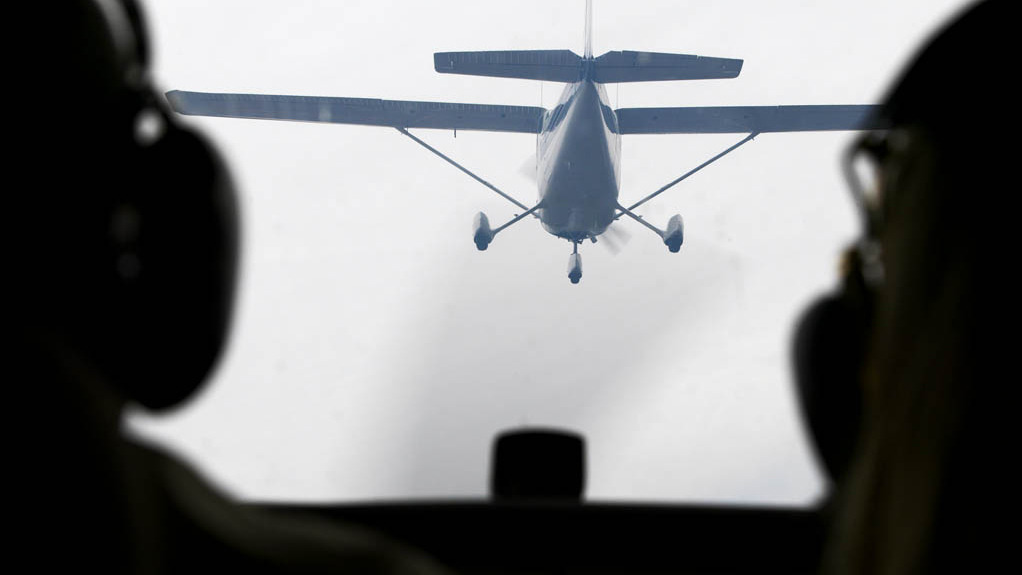 Most midair collisions (MACs) occur in day visual meteorological conditions—the times of best visibility—within five miles of an airport. They can also be correlated to traffic levels: most occur between 10 a.m. and 5 p.m. on weekends during the warmer months, essentially when the most traffic is in the air.

The rules for maintaining separation from other aircraft during VFR operations are spelled out in FAR 91.113(b): “When weather conditions permit, regardless of whether an operation is conducted under instrument flight rules or visual flight rules, vigilance shall be maintained by each person operating an aircraft so as to see and avoid other aircraft.” See and avoid is the common terminology for this method of collision avoidance. Simply looking out of the cockpit may not be enough to avoid a MAC. Pilots need to know how to look, and what to look for, which requires an understanding of the limitations of human vision and tactics to compensate for its deficiencies
(see The Scan).

About one out of 10 midair collisions occur during takeoff and climb, so ensure that the runway is clear before departing and listen for other inbound aircraft. Make position reports and listen for other pilots’ positions reports at nontowered airports. When climbing out use shallow S-turns or lower the nose occasionally to get a better view of the area directly in front of the aircraft.

If you receive a traffic alert or see oncoming traffic, turn on the landing light to make your aircraft easier to spot.

One quarter of midair collisions occur during cruise flight. According to the National Transportation Safety Board (NTSB), the majority of these accidents result from inattention of the aircrafts’ crews. While cruise flight allows pilots the most time to look for traffic it is also the longest phase of flight and the time of greatest complacency. Scan for traffic and enlist the help of your passengers to spot other aircraft. If possible avoid high traffic areas such as the airspace near navaids and military training routes.

Half of all collisions occur in the traffic pattern and of these, 80 percent occur during final approach and landing. Check ahead, behind, above, and below your aircraft throughout the traffic pattern and make sure final is clear before turning. Any confusion about where other aircraft are, who’s landing, and in what order can have tragic consequences. This is particularly true at nontowered airports. One may conclude, for example, that no aircraft are in the pattern if there is lack of activity on the frequency. But there may be aircraft operating without radios, or an inbound or outbound aircraft may be transmitting on the wrong frequency.

A twin-engine Cessna 340A with two persons on board and a single-engine Cessna 152 with one person on board collided on final approach at Watsonville Municipal Airport in California. The weather was VFR, clear, with 10 miles visibility. Learn more about the tragic accident that killed all three occupants.

In this video, explore the commonalities among midair collisions and how to minimize risks of being involved in one.