Get the app Get the app
Already a member? Please login below for an enhanced experience. Not a member? Join today
Training & Safety Online Learning Emergency Procedures Off Airport Landings 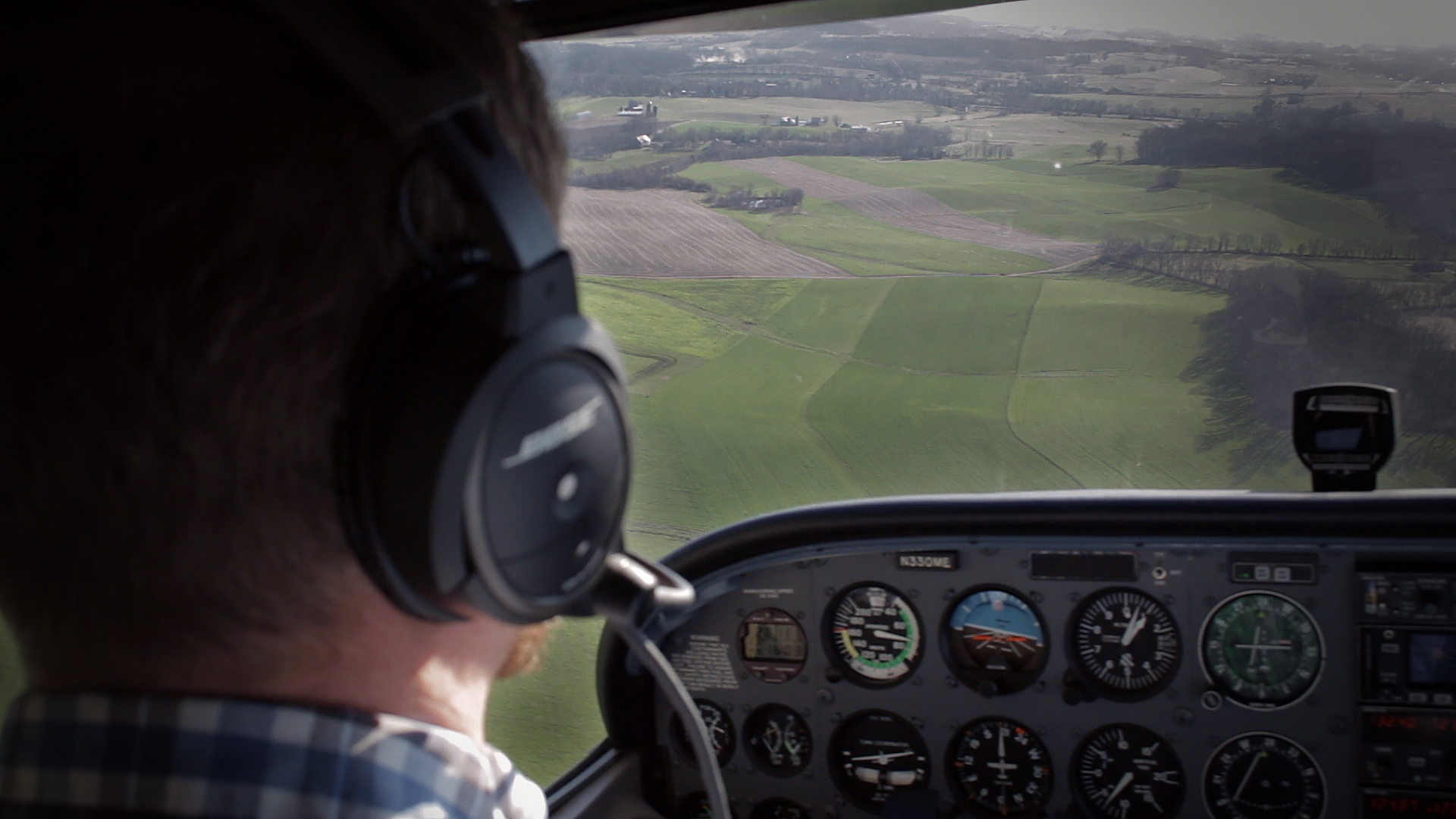 Making it to a suitable landing area is a key concern, and that means maximizing the glide with airspeed control. It’s imperative to first get the aircraft close to best glide speed, and then trim for that airspeed to make it easier to maintain while you’re busy with other things. Best glide speed generally decreases with weight: If the aircraft is light, subtract a couple of knots from the published speed, which is usually close to Vy.

A windmilling propeller adds drag, decreasing the aircraft’s glide performance. In most multiengine aircraft, pilots can solve this problem by feathering the “dead” propeller. In a single- engine aircraft with a constant speed propeller (and enough oil pressure), putting the propeller control in the low-rpm (aft) position will increase the blade angle and in many cases give a noticeable improvement in glide performance.

Altitude equals time and distance, and time and distance equal options. Here are two good rules of thumb for most general aviation aircraft: 1,000 feet of altitude equals 1.5 nautical miles of gliding distance, AND, altitude x 2 equals time available. The below graphic shows how in a Cessna 172 with a 9:1 glide ratio, at 4,000 feet you will glide approximately 6 nautical miles and it will take about 8 minutes to descent. 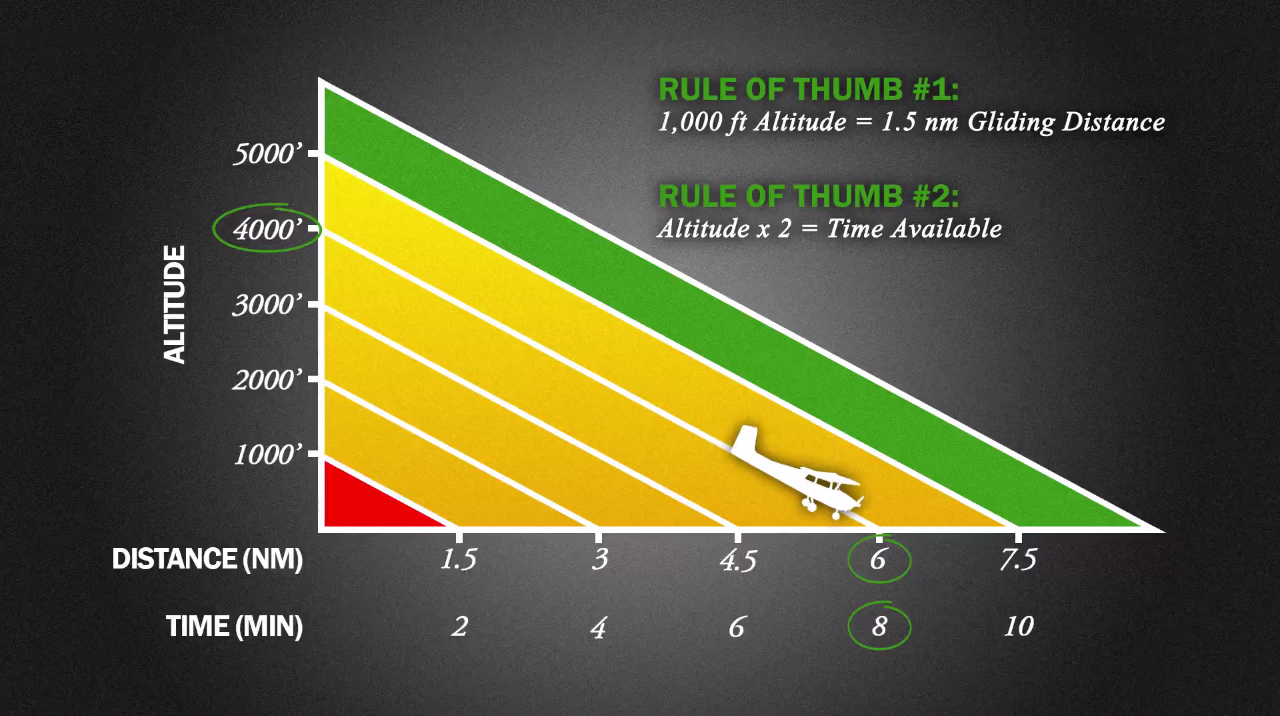 In an off-airport landing, even relatively small changes in groundspeed can have major implications for crash survivability. Energy increases with the square of speed.

When taking advantage of a strong tailwind to reach an emergency landing spot, allow room to perform an upwind turn before landing. Also, some private airports may not be in the GPS database, so look around a bit before fixating on the airport the GPS says is closest.

The “nearest airport” function on GPS receivers is useful when searching for an airport within glide range, but it has limitations. If winds aloft are strong, the nearest airport may be harder to reach than a more distant field downwind of your position. Also look behind, and below your aircraft for a suitable off-airport landing spot.

Beware of furrows in plowed fields: They can be deep enough to flip an aircraft landing across them. Tall crops (fully grown corn, for example) can also cause a rollover.

Although a road is a good option, there are some drawbacks. Traffic is one of them. Try not to impose your emergency on innocent bystanders: If you collide with a car, you’ve failed in that endeavor. Also roads have bridges, are sometimes narrow, and are often flanked by power lines. If faced with a choice between a “sure thing” field and a “maybe” road, you’re probably better off with the field.

In an off-airport landing, even relatively small changes in groundspeed can have major implications for crash survivability. Energy increases with the square of speed. A 60-knot landing is only 50 percent faster than a 40-knot landing, but involves 125 percent more energy. Avoid downwind landings, which put you in “double jeopardy”—10 knots of tailwind equal 20 knots of extra groundspeed, requiring more room for landing, and involving much more energy in a possible crash. 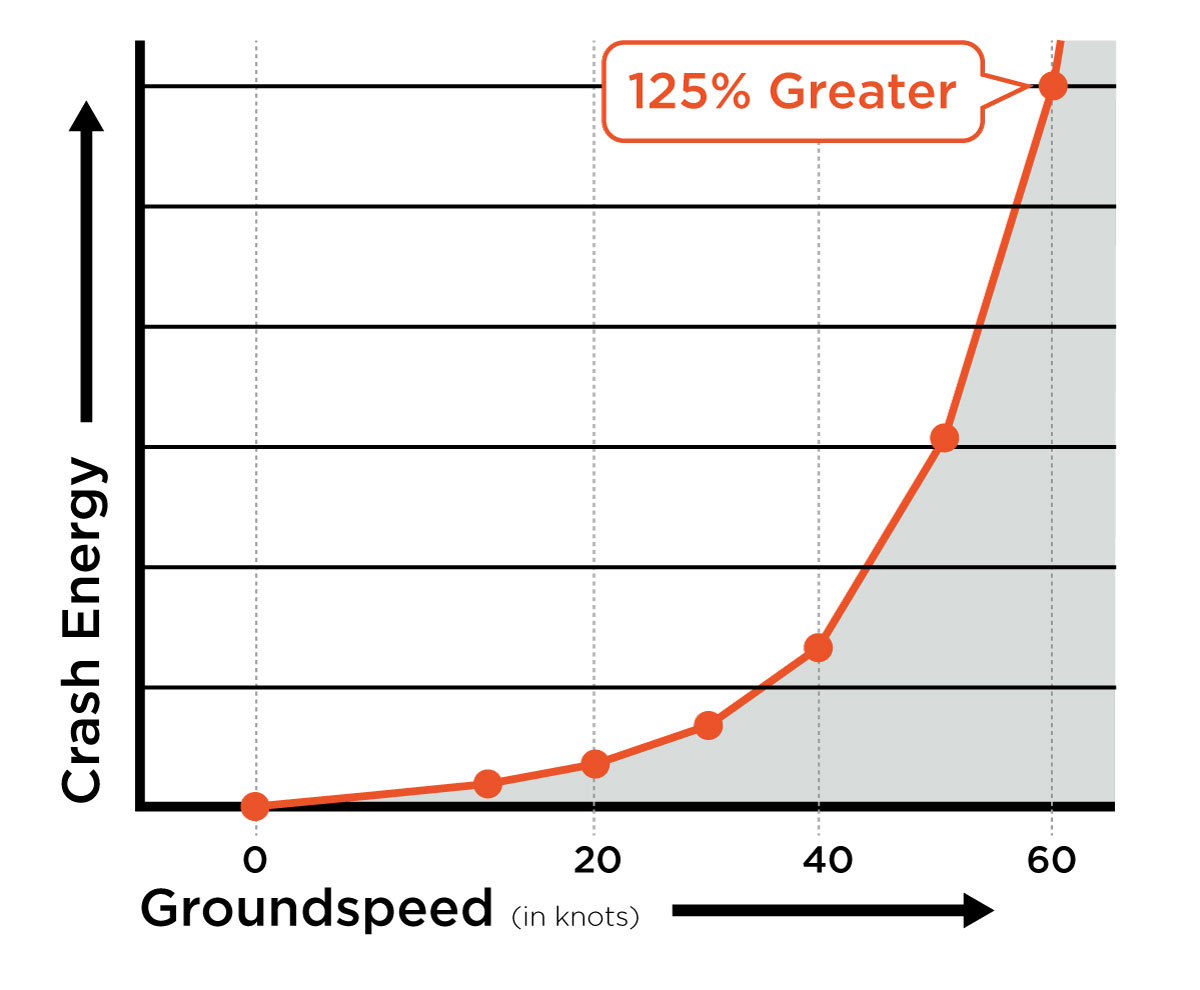 If the aircraft has retractable landing gear, should it be up or down for an off-airport landing? It depends. If the landing spot is an empty eight-lane highway, drop the gear. But it’s not always so clear-cut. If landing on soft ground or water the gear might dig in and cause the airplane to flip over. On the other hand, it might absorb some of the energy of a crash, or help stop the aircraft if space is limited.

Check that passengers have their seatbelts—and if installed, shoulder harnesses—secured tightly. Prop open a door before landing: This will keep the door from being wedged in the closed position if the airframe distorts during the landing. Verify that the seats are locked in position.

Shut off the master switch just before landing and check that the mixture and fuel selector are also shut off. This can help lower the risk of a post-crash fire.

During the pre-takeoff passenger briefing, show your passengers how to open doors and other escape routes in the event of an emergency landing.