Get the app Get the app
AOPA will be closing at 2:30pm ET Wednesday, November 23rd, and will remain closed Thursday and Friday in observance of the Thanksgiving holiday. We will reopen Monday November 28th at 8:30am ET.
AOPA Members DO more LEARN more SAVE more - Get MORE out of being a pilot - CLICK HERE
Training & Safety Online Learning Fuel Management Fueling Process 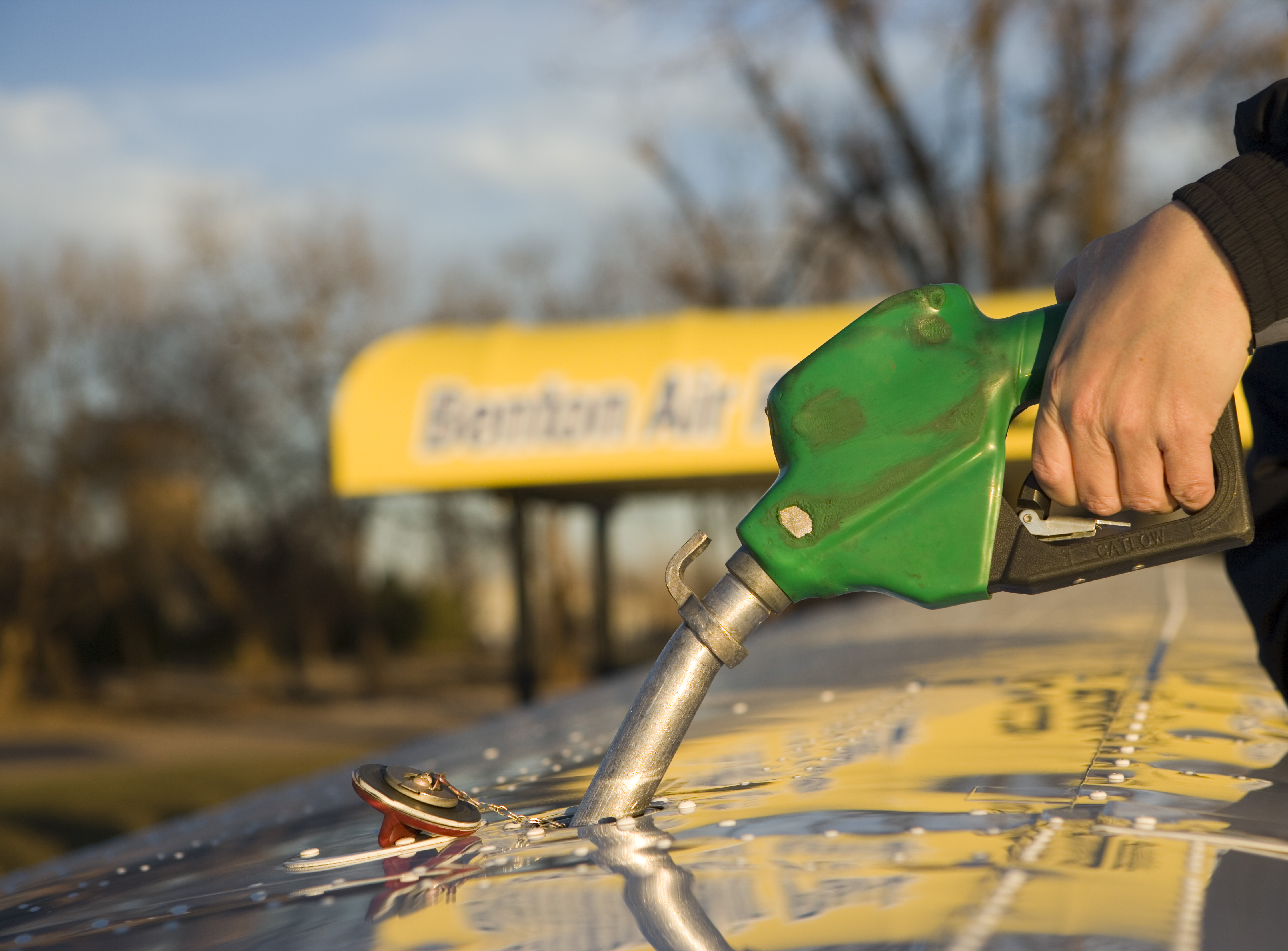 Fixed base operators (FBOs) that provide fuel generally have line personnel to dispense it. However, airports may also have self-service fuel facilities. In either case, make sure you receive the proper fuel grade and quantity.

Know what’s in your tanks: Verify they have been filled with the proper fuel grade, and make sure no water or contaminants have gotten into them. 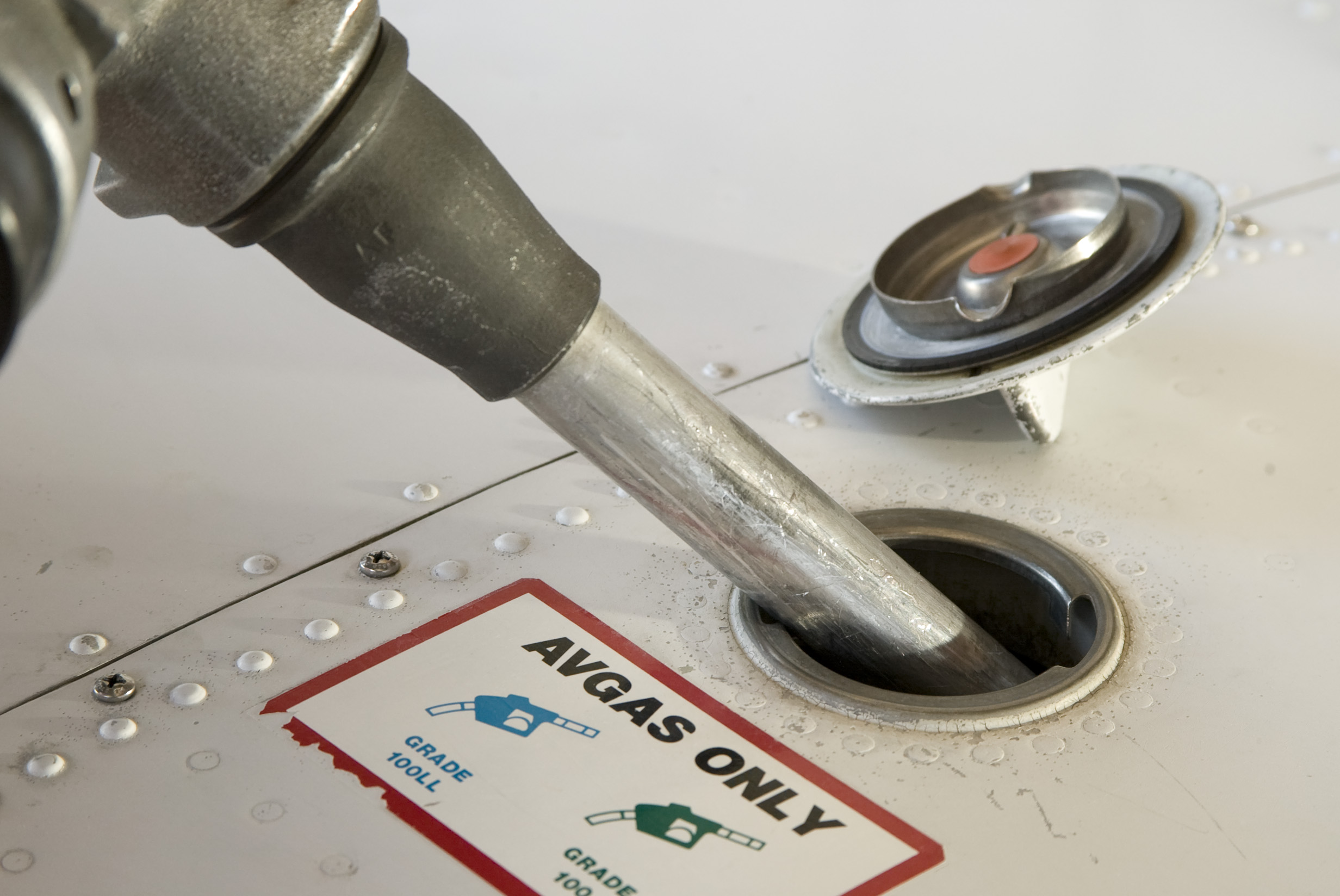 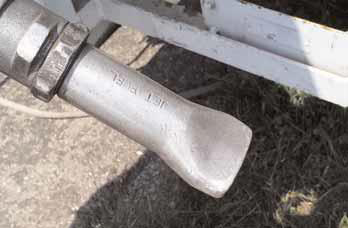 The blending of two different fuels within the tank can mask the color and smell distinctions that would normally signify a problem.

The consequences of introducing an improper fuel into an aircraft’s tanks range from the benign (fuel system drainage) to the expensive (engine replacement) to the disastrous (engine failure shortly after takeoff). Given simple precautions, all are easily preventable, starting with pilot oversight during the fueling process.

Many pilots think that sumping the tanks will reveal a fueling error. However, that may not always be true. The blending of two different fuels within the tank can mask the color and smell distinctions that would normally signify a problem. Also mistaken is the assumption that a misfueled engine will fail to start, or will run poorly. In many cases, the engine may seem to run normally for quite some time—long enough to lure a pilot into a false sense of well-being.

If you have any doubts about the type of fuel in your tanks, do not depart.

Ordering fuel is not a complicated process. But to avoid misfueling, be present every time your aircraft is fueled and observe these simple guidelines.

Apart from being a fire hazard, discarded fuel samples can destroy asphalt ramps over time, and evaporated fuel contributes to pollution. For those reasons (and because it’s illegal in many places) it’s not a good idea to throw fuel samples on the ground, or into the air. Some pilots shudder at the thought of pouring samples back into the tank; but if the fuel is uncontaminated, why not put it back? Some airports provide special containers for disposal of waste fuel, and pilots can purchase a GATS jar or strainers to filter contaminated samples. 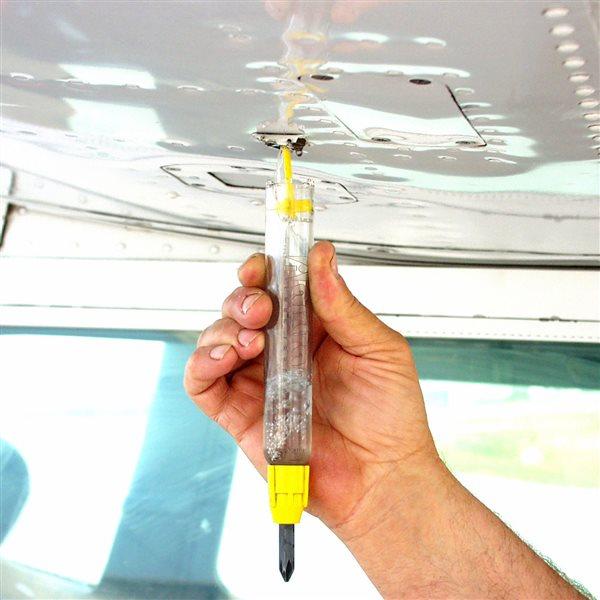 Autogas STCs do not allow the use of alcohol-blended fuels (ethanol or methanol), as they can damage fuel system components and cause other problems.

While most commercial turbine engines can be run on avgas within the limits listed in the POH, the inverse is not true. Jet fuel has no special anti-detonation properties: It will, quite literally, cause a gasoline engine to self-destruct.

Aviation diesel engines are designed to run solely on jet fuel: Unlike most turbines, they cannot be run safely on avgas. This is a potentially serious problem, because avgas dispensing nozzles fit easily into the large-diameter refueling ports used in diesel aircraft. One possible solution may be the development of a new “selective fill” diesel/turbine refueling port that is incompatible with avgas nozzles. Until new measures are taken, however, owners of diesel-powered aircraft should be particularly cautious when refueling.

Do a quick field test. First sniff the fuel. If you smell Jet A (smells like kerosene), pour a little fuel on a white paper towel. If the fuel evaporates quickly, leaves a slight blue tint, and is dry to the touch, those are good signs that it’s 100LL. If jet fuel is present, it will leave an oily sheen and it won’t evaporate quickly. For a turbine pilot, if the fuel has a blue hue, you’ve been misfueled with avgas. 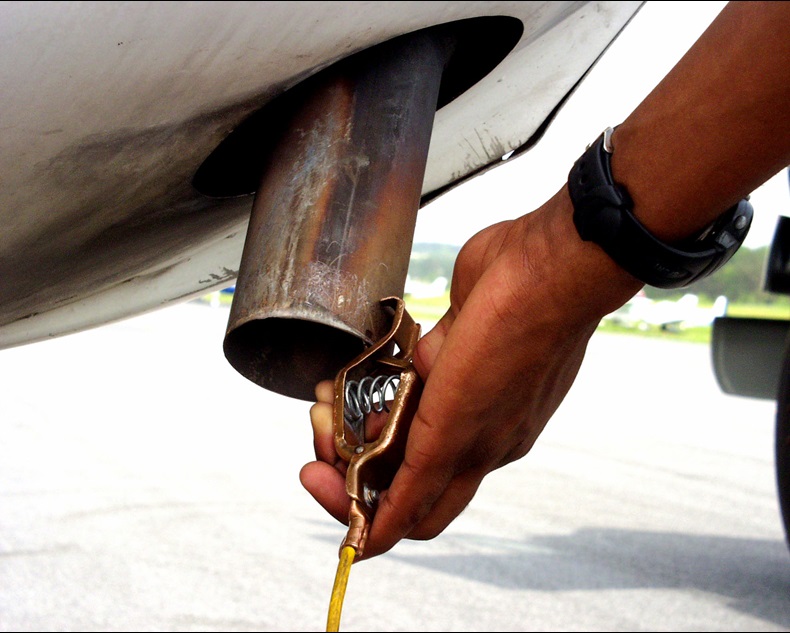 The fuel vendor’s fuel truck driver was unfamiliar with the airplane, so before refueling the airplane, he queried the pilot as to where he should attach the grounding strap and the location of the fuel filler port. Before starting the fueling process, he asked the pilot, "Do you want Prist with your Jet?" The pilot responded that he did not. After completing the fueling process, the fueler wrote "Jet A" in the meter readings section of the receipt, and presented it to the pilot for his signature. The pilot signed the receipt and was provided a copy. He returned to the airplane's cockpit to complete some paperwork, loaded his passengers, started the engines, and taxied to the runway for departure.

Shortly after takeoff, and during initial climb, the pilot noticed what he thought was mechanical turbulence followed by a reduction in climb performance before the airplane's engines began to lose power. Unable to maintain altitude and while descending about 400 feet per minute, he selected an area of shallow water covered terrain as an off-airport landing site. The last thing the pilot remembered was guiding the airplane to the off-airport landing site.

The preliminary investigation and post-accident examination revealed that the reciprocating engine airplane had been inadvertently serviced with Jet A fuel.

A slightly degraded placard near the fuel port on the top of the wing stated, in part: "FUEL 100/100LL MINIMUM GRADE AVIATION GASOLINE ONLY.”

While departing with full tanks is a good tactic, it isn’t always possible. Many airplanes exceed weight and balance limitations with full fuel, all seats occupied, and maximum baggage. Some airplanes can be difficult to fuel completely.

However, if you intend to fly with full fuel, make sure the airplane is on a level surface during fueling. When fuel tanks are interconnected, as in many Cessna models, fuel will flow to the lower tank if the airplane is not level, possibly resulting in loss of fuel through the tank vents. Fuel expands when heated, so if your airplane is filled with cool fuel from underground tanks, you may lose some fuel through the vents due to expansion. Similarly, a full tank in mid-afternoon may be less than full after it’s cooled overnight.

Some airplanes, such as the Cessna 210, require each tank to be fueled at least twice. Due to the geometry of the wing and internal tank baffles, it takes some time for the fuel to diffuse into the tank. Fill one tank, then the other. When the process is repeated, an additional four to five gallons can be added to each tank.

Before departing on a cross-country flight, the pilot of a Piper Cherokee Six requested that the two main tanks and two auxiliary tanks be “topped” (the FBO subsequently stated that only the mains were filled). En route, the pilot became aware of a low fuel condition. A passenger stated that the pilot considered landing at a towered airport for fuel but, having a radio problem, elected to continue to a nontowered airport. The engine lost power about five miles from the field and an off airport landing was made. The pilot and two passengers died. The three remaining passengers were seriously injured. Note: This accident, and many other fatal fuel related accidents, occurred at night. The added difficulty of making a successful off-field landing at night makes additional fuel reserves a very good idea when flying after dark.

Reducing energy consumption may be a laudable goal, but skimping on fuel when flight planning is not. This video clip raises awareness of proper fuel planning to prevent fuel starvation.