Get the app Get the app
Already a member? Please login below for an enhanced experience. Not a member? Join today
News & Videos Certification simplification bears fruit 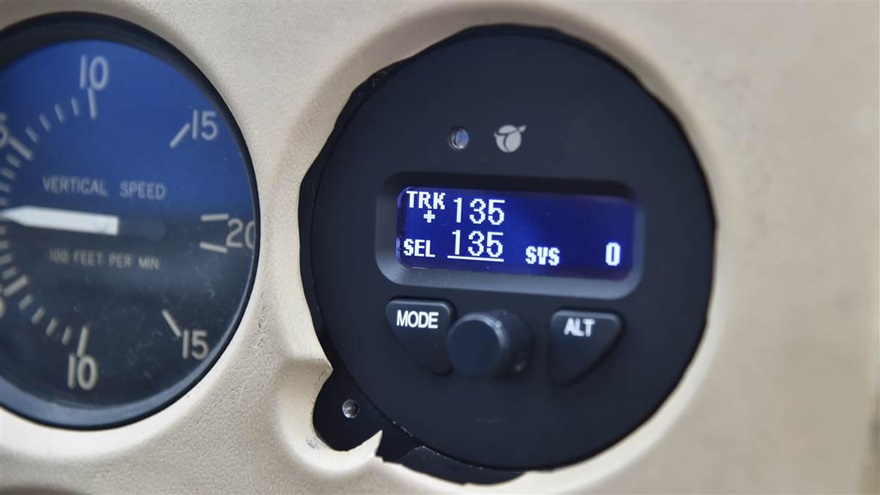 The Tru Trak Vizion autopilot seen in this photo installed on a Cessna 172, contains an emergency button that automatically stabilizes the aircraft. The autopilot also communicates with panel-mounted GPS units. Photo by David Tulis.

The FAA authorization to manufacture the autopilot installation kits for Cessna 172 F through R models and the Cessna 177 followed a collaborative effort to ease the burden of certifying safety-enhancing technology for certified aircraft. The Experimental Aircraft Association is working with the manufacturer to certify the autopilot itself.

AOPA, EAA, and other stakeholders have worked with the FAA to develop a comprehensive approach to reducing barriers in the certification process. The approved installation kits are paving the way for the TruTrak autopilot to be among the first products to reach the market as a result of the ongoing effort.

TruTrak is one of at least two companies testing risk-based parts manufacturer approval (PMA) that brings the standards in line with risk and safety, and the FAA is implementing changes that do not require rulemaking, an important point that AOPA has emphasized in the ongoing effort to streamline the approval process. Under the new, risk-based approach, the FAA determines the level of risk involved and then creates specific certification requirements accordingly. This, in many cases, reduces the cost and complexity of testing products for the certified market.

“Receiving the STC and facility PMA gets two of the big steps out of the way in this certification project," TruTrak CEO Andrew Barker said in a news release. “Without the new Risk Based PMA process, none of this would be possible. The FAA has been listening to the problems with PMA and they have stepped up with a great new process that is so much easier to understand and follow. It has been a pleasure working with EAA and the FAA on this project and we are excited about keeping this momentum going and finishing up the rest of the approval by summer. I would like to personally thank all of the organizations that have supported this effort, EAA, FAA, AOPA, AEA [Aircraft Electronics Association], GAMA [General Aviation Manufacturers Association], and so many others. This is a huge win for GA.”

TruTrak will begin selling installation kits at the Sun 'n Fun International Fly-In and Expo in Lakeland, Florida, April 4 through 9. The complete system should cost about $5,000, many thousands less than current analog autopilots on the market.