Defend your home base 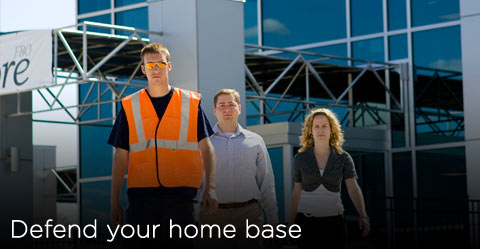 One of the top three killers of general aviation airports should be the easiest to cure: pilots who aren’t engaged at their airport. The other two that AOPA identified, political pressures and greed, are harder to remedy but can be thwarted by a group of active, passionate pilots.

“Our biggest successes occur when the local pilots and airport community are engaged and active in the fight to save the airport,” said AOPA Airport Support Network Director Joey Colleran. “When a threat develops, if no one defends the airport, it’s going to close.”

Pilots should be aware that airport closure threats don’t just happen overnight. Even the destruction of Meigs Field didn’t happen overnight, despite the late-night handiwork of a mayor and some bulldozers. The threat starts with ill will toward the airport, noise complaints, or encroachment, and then progresses. And if pilots don’t defend the airport in those early stages, it’s more difficult to save it at the last minute.

AOPA and pilots are mounting an early defense against encroachment at Williamsport Regional Airport in Williamsport, Pa. Sooner Pipe Company is leasing land from the airport to build a facility to produce and store pipe. The problem is that part of the construction will underlie more than half of the runway protection zone for Runway 12 and would pose a hazard to aircraft landing short of the runway in emergency situations. 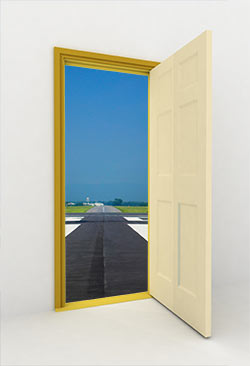 Airport Support Network volunteer Sam Andrews contacted AOPA immediately after learning of the plans, and the association has written to the FAA, urging the agency to protect the land off the end of the runway.

“Sam’s early detection and work with local pilots and AOPA could make a big difference in the safety and future of the airport,” said AOPA Manager of Airport Policy John Collins, who is working with the volunteer.

Pilots based at airports without an ASN volunteer or an airport support group are at more of a risk to threats. Of the 5,200 public-use airports in the United States, only 2,000 of them have an ASN volunteer. Volunteers serve as AOPA’s early-warning for threats. They work with the association to help prevent tall towers, high-density residential developments, hospitals, and schools from being built near their airport. Additionally, volunteers work with the local airport support group and lobby for improvements at the field. ( Learn more about becoming an ASN volunteer.)

“To successfully defend an airport, pilots need to get involved, become an ASN volunteer, or join the airport support group,” Colleran concluded. “AOPA is here to help, but in order to be effective, pilots at the local level need to form a united defense.

“That’s the only way to truly protect our community airports.”