Get the app Get the app
Already a member? Please login below for an enhanced experience. Not a member? Join today
News & Media Pilot meetings set for Seattle Class B airspace redesign 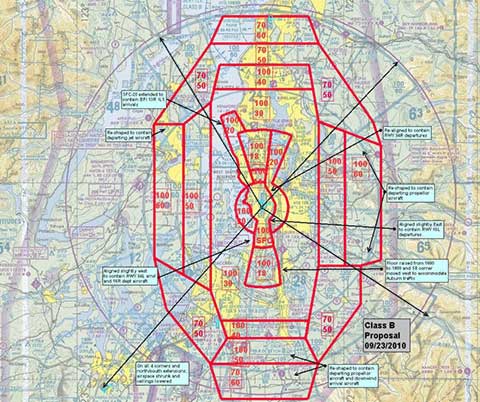 The FAA will hold three informal meetings with pilots on the redesign of the Seattle Class B airspace in December. The proposed changes are intended to improve containment of traffic arriving and departing from Seattle-Tacoma International Airport within the Class B airspace.

Pilots will note some unusual design features in the airspace plan, such as the airspace's varying ceiling heights. Most of the airspace will extend vertically to 10,000 feet mean sea level. But extensions north and south of the airport will rise only to 7,000 feet msl.

AOPA has reviewed the proposed redesign's impact on GA. The association supports the overall reduction in size of the Class B airspace. A current concern is the 2,000-to-10,000 foot msl sector northwest of Seattle-Tacoma International, proposed to contain traffic arriving at Boeing Field. As defined by FAA Order 7400.2G, the purpose of Class B airspace is to contain traffic operating to/from the primary airport--in this case Seattle-Tacoma International.

AOPA will submit comments on the proposed design in the near future.