Get the app Get the app
AOPA will be closed July 4th, in observance of the Independence Day holiday. We will reopen at 8:30 am ET on Tuesday, July 5.
News & Media 'Air Racers 3D' flies into IMAX theaters 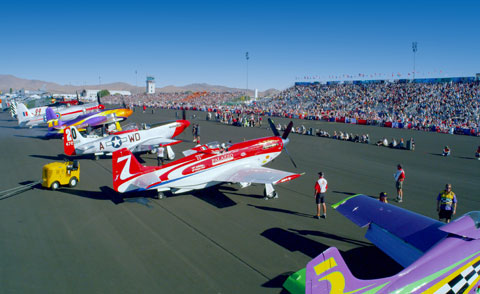 World War II-era fighters racing wingtip-to-wingtip, just 50 feet above the ground at speeds exceeding 500 mph, are a sight usually reserved for fans that attend the National Championship Air Races every September in Reno, Nev. Those who can’t make the trip may want to visit the nearest IMAX theater and experience the next best thing: Air Racers 3D .

This 40-minute documentary chronicles the history of air racing and features the rise of 24-year old Steve Hinton from a volunteer in his family’s business, Planes of Fame Air Museum, to an Unlimited gold class champion piloting Strega, a highly modified P-51 Mustang. An ambitious film, Air Racers 3D also covers the Reno experience from static aircraft displays to thrilling airshow performances, such as the Royal Canadian Air Force Snowbirds.

Visually stunning, Air Racers 3D was filmed at the 2009 and 2010 Reno Air Races. In 2011, more footage was shot at the Planes of Fame Museum in Chino, Calif., and at Reno-Stead Airport. Footage of racers from all six classes is included, so viewers get a taste of the excitement across the board. 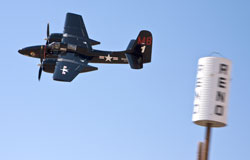 Produced by 3D Entertainment USA and Pretend Entertainment in association with Stereoscope, Air Racers 3D is the brainchild of Christian Fry, director of the film. Fry, who flies a 1948 Navion, attended the Reno Air Races for the first time in 2004 and knew he had to make the movie.

“Aviation is just a subject matter that lends itself so well to the IMAX giant screens,” Fry said. “To put audiences in the cockpit of these airplanes and give them a sense of what it’s like to fly at 500 miles an hour. To have that feeling of flight, it’s just a really incredible experience.”