Get the app Get the app
AOPA will be closed July 4th, in observance of the Independence Day holiday. We will reopen at 8:30 am ET on Tuesday, July 5.
News & Media Cessna renames turbodiesel 182 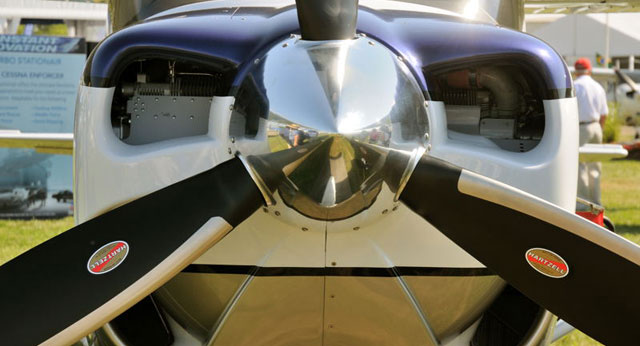 The aircraft, powered by a 230-horsepower diesel-cycle SMA engine, made its debut under the name Turbo 182 NXT. Cessna said JT-A “better captures and reflects the innovative features of the new plane than the NXT designation”; the company also acknowledged that it had learned of “a previous use of the NXT name in the aviation industry of which Cessna had not been aware.”

Nemesis Air Racing Corp. holds a trademark for NXT in reference to an aircraft for competition and general aviation use, the Nemesis NXT kitplane; and a 2011 upgrade to the Remos GX light sport aircraft was dubbed the GXNXT.

Cessna said the SMA SR305-230E-C1 will burn 30 to 40 percent less fuel than comparable avgas engines and have a range of 1,160 nautical miles at a max cruise speed of 155 knots. Lycoming will provide field support for the engine.

Deliveries of the Turbo Skylane JT-A are expected to start in 2013, Cessna said; the jet-fuel-burning version will replace the 235-hp avgas-burning Turbo Skylane. It will sell for $515,000.