Get the app Get the app
Already a member? Please login below for an enhanced experience. Not a member? Join today
News & Media Reno crash traced to failed screws, untested modifications 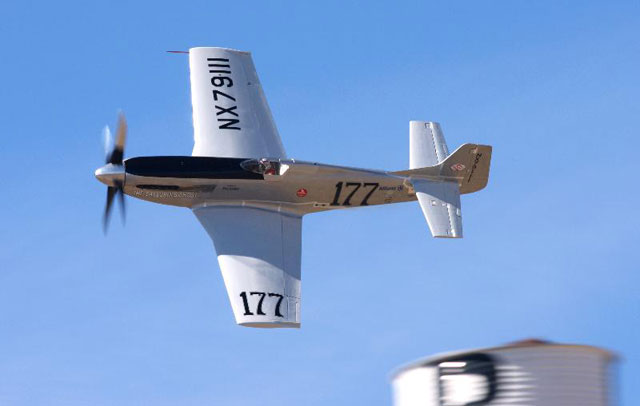 The NTSB concluded unanimously that untested modifications to the ill-fated P-51 Galloping Ghost, combined with speeds topping 400 knots, led to a failure that doomed pilot Jimmy Leeward and the 10 spectators killed when the 74-year-old lost control of his aircraft during the 2011 National Championship Air Races in Reno, Nev.

Investigators, drawing on telemetry data from past flights and the accident flight, along with an extensive array of photographs and video shot by spectators, determined that Leeward lost control as the elevator trim tabs—both the operational left tab and the right tab that had been locked in place—began to “flutter” as Leeward rounded a pylon into the home stretch of his third lap of the day. A screw weakened by years of fatigue gave way (the screw was already 80 percent fractured, with evidence of corrosion on the fatigue fracture surface), and a cascade of control linkage failures left both trim tabs flapping in the slipstream. Loss of the trim tabs’ control linkage transferred tremendous force onto the control stick. The P-51 pitched up sharply, causing Leeward to slump over the stick under the force of 17.3 Gs, his weight locking the ailerons in right deflection as the stricken aircraft rolled back through the horizontal plane and into the box seats.

Modifications including shortened wings and ailerons, removal of an air scoop, changes to the angle of the horizontal stabilizer, and fixation of the right elevator trim tab had never been documented, reported to the FAA, or tested at racing speeds, investigators told the board. The NTSB found no evidence of any engineering analysis of the effect of the various speed modifications on aircraft handling, noting that the changes increased pitch sensitivity and made the aircraft more susceptible to flutter.

Illustrated by investigators with a test video of another aircraft, flutter is a rapid oscillation and warping of wing or control surfaces produced by aerodynamic interaction with aircraft structures. In the video, the normally rigid horizontal stabilizer of a test aircraft undulates like a flag flapping in a hurricane. Investigators said worn lock nuts left the accident aircraft’s elevator trim tab attachment screws finger-loose, exacerbating the flutter. As Leeward rounded the final turn, the fasteners gave way, almost instantly causing the aircraft to pitch violently up from a 93-degree bank.

Board member Robert L. Sumwalt criticized Leeward and his team for failure to adequately analyze, document, and test the modifications they made to squeeze more speed from the Galloping Ghost.

“The way I look at it quite honestly, is, if you’re flying, if you’re modifying an airplane without fully understanding how those modifications can affect aerodynamics, then you’re basically just playing Russian roulette with an aircraft,” Sumwalt said. “As the chairman said, unlike Russian roulette, in this case when you go out and you do those things, you not only endanger your own life, but you potentially endanger the lives of others, and that is what happened in this particular case.”

The NTSB issued several recommendations in April, including a recommendation that the Reno Air Racing Association require all modifications to be analyzed, flight tested, and documented for an aircraft to be eligible to race. The board voted unanimously that the response to that recommendation was “acceptable,” though the recommendation remained “open.”

NTSB Chairman Deborah A. P. Hersman said the “open” status of the testing and analysis recommendation reflects that there is more work to be done.

“I think those are issues that the organizations really need to deal with, with respect to addressing those issues and holding racers accountable,” Hersman said.

Race organizers have already made several changes in response to the NTSB’s April recommendations, including modification of the course design to reduce exposure of spectators to high-energy aircraft. NTSB staff said the new course for 2012 takes into account the ballistic trajectories of any objects that might become detached from a speeding aircraft, but does not eliminate the possibility that a complete loss of aircraft control could put spectators in harm’s way.

“In order to separate a crowd from an uncontrolled aircraft, you really wouldn’t be able to have a race the way it’s designed and set up now, because you’d end up having to put spectators so far away,” Hersman said, drawing an affirmative response from the staff. “You just really can’t protect against an uncontrollable event.”

New barriers have been installed to improve crowd safety, the NTSB noted, among several recommendations deemed “closed” with an “acceptable response.”

RARA has posted a message on its website soliciting donations to help cover a $1.7 million increase in insurance cost for 2012, and has vowed the races will be run as planned Sept. 12 through 16.