Get the app Get the app
AOPA will be closing at 1:45pm ET on Tuesday, December 6th. We will reopen Wednesday morning at 8:30am ET.
AOPA Members DO more LEARN more SAVE more - Get MORE out of being a pilot - CLICK HERE
News & Media 90-day old airport hosts first fly-in in China 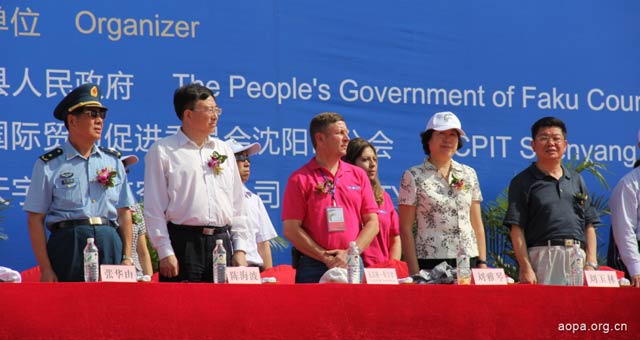 Craig Spence, secretary general of the International Council of Aircraft Owner and Pilot Associations (IAOPA), is pictured in the center with officials at the fly-in. The fly-in would be most akin to airshows in the United States.

It's not Oshkosh, but the first ever fly-in by AOPA-China in Faku in the Shenyang province had all the passion and enthusiasm for general aviation characteristic of airshows worldwide.

Flight exhibitions including the Cessna Skycatcher, helicopters, hot air balloons, powered parachutes, and a Russian aerobatic team known as the Yakovlevs, wowed the crowd that had gathered under blue skies with a light wind down the runway. A multimedia presentation—set to a new song released by AOPA-China, "To Fly"—played on jumbo TV screens, showing what it’s like to fly. 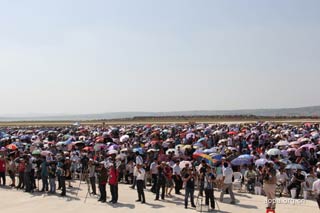 The turnout surpassed the organization’s expectations for the airshow, which was designed to highlight GA’s potential in the country. The location of the event itself speaks to what GA can do: The airport, with a concrete runway, extensive ramp area, and terminal support building, was constructed within the last 90 days to host the event. Located on the eastern side of a lake, the airport will form the basis of an upcoming GA industrial area. The Cessna Skycatcher already is being produced in the same district as the airport.

High-level Chinese government officials participated in the event, with the governor of the province officially opening the show. Officials at all levels of the government understand the importance of AOPA and the International Council of Aircraft Owner and Pilot Associations working with AOPA-China to help boost the GA scene in the country.

Craig Spence is secretary general of the International Council of Aircraft Owner and Pilot Associations (IAOPA). Spence traveled to China to speak at the China Low Altitude Economy Summit.