Get the app Get the app
AOPA will be closed July 4th, in observance of the Independence Day holiday. We will reopen at 8:30 am ET on Tuesday, July 5.
News & Media Silver Eagle: Golden performer

The Cessna Centurion is promoted to General

So many Silver Eagle owners happened by the dealer’s hangar at Charles M. Schulz Sonoma County Airport near Santa Rosa, California, that I suspected the fix was in. Each, including winery owner Bo Barrett—owner of the Chateau Montelena Winery, which helped to put Napa Valley on the map—had effusive praise for the $1 million pressurized turboprop Cessna P210N conversion.

Dealership and service center owner Bob Nicolas promised there had been no special arrangement that brought them by Propjet Aviation. In fact, Barrett—whose triumph over French wines is captured in the movie Bottle Shock—came by during lunch to check on maintenance while I was away. Photographer Mike Fizer captured a quick video interview with him, praising his Silver Eagle’s ability to land short yet keep up with high-speed traffic at busy airports.

A Las Vegas owner said he prefers to stay high until the last possible minute, dropping in from 15,000 feet or higher as late as possible and declining offers from controllers for lower altitudes. He keeps his speed up that way. Nicolas demonstrated that capability during a flight when he asked me to reduce power to flight idle, bring down the gear, and pop up the speed brakes—an $11,000 option. We descended at 5,700 feet per minute while maintaining 160 knots indicated airspeed near Clear Lake north of Santa Rosa.

Other options include $17,000 tip tanks and $50,000 deicing boots. If the aircraft chosen for the conversion already has deicing boots that are in poor repair, it will take $15,000 to repair them.

Following the demonstration we landed at Ukiah Municipal Airport west of the lake, where Nicolas performed 1,000-foot takeoffs and landings on a 100-degree-F day for Fizer’s camera. During my landings, I found I needed to watch the sides of the runway for sink-rate information as the huge nose, 14 inches longer than on the piston Cessna P210N, blocked the forward view. Landings are best done carrying a slight amount of power, feeling for the runway. 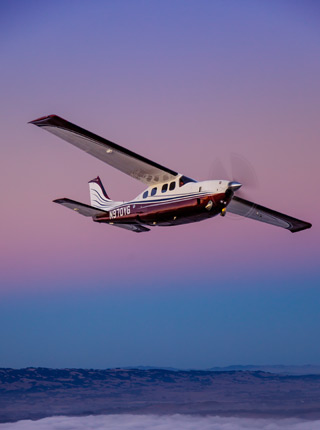 On a cooler day, the company claims takeoffs and landings can be done a few hundred feet shorter. Obviously the reversible-pitch propeller is a huge help for braking after touchdown, while the 450-shaft-horsepower Rolls-Royce (Allison) 250-B17F/2 engine allows startling takeoffs at 3,000 feet per minute, calming to 2,000 fpm for the remainder of the climb. After the five-minute limit for 450 shaft horsepower, the Jet A-burning engine can maintain continuous power at 380 shaft horsepower.

Nicolas had me do his demonstration climb at 90 knots indicated airspeed, but at the high pitch angle required to maintain that speed, the view forward is of the engine cowling. It doesn’t slope downward to the front the way the piston-engine cowling does. Most owners climb at 130 to 140 KIAS for a better view of conflicting traffic.

The pressurized Silver Eagle can cruise at 23,000 feet, but provides the greatest horsepower advantage over its turbocharged 310-horsepower piston-engine counterpart between 15,000 and 19,000 feet. Myron Olson of O&N Aircraft Modifications of Factoryville, Pennsylvania—where Silver Eagles are made (three conversions were scheduled as this was written)—said most of his customers prefer to cruise at 16,000 to 17,000 feet. There are now more than 100 Silver Eagles in the fleet worldwide.

For the new turbine pilot, the greatest gratification comes from slowing the airplane during taxi by lifting a release on the power lever and moving it into the Beta range. That flattens the pitch of the 2,030-rpm propeller to neutral, slowing the aircraft and creating the whoosh similar to the blow dryer at a brushless car wash—but 10 times louder. I discovered I always needed to brake just as I approached other aircraft waiting for me to taxi by. What a coincidence. Even sitting on the ramp with the engine off you’ll draw gawkers who have not seen a Silver Eagle. Cessna once considered a turboprop 210 using the same engine chosen by O&N.

There are other advantages. Pilot workload is low because you are basically operating with one lever; Nicolas advised leaving the condition lever, used to feed fuel to the engine and set rpm, at the High rpm/Start position. Speed, of course, is the main advantage.

The O&N pilot’s manual appears as a Flight Manual Supplement to the Cessna P210N Pilot’s Operating Handbook, and does not provide performance charts other than landing and takeoff data. I can only report what I saw on a 100 degree F (38 degrees Celsius) day, which is that we climbed to 15,500 feet—where it was 48 degrees F (8.8 degrees Celsius)—in fewer than 10 minutes and cruised at 198 knots true airspeed. Occasionally I saw 200 KTAS. O&N officials promise 215 KTAS at 16,000 feet in cooler temperatures. Turbine engines are temperature sensitive. 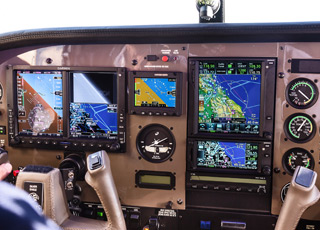 “You’ll appreciate the stability of this airplane in formation,” Nicolas said. I did, until I needed to change speed, such as speeding up and breaking away from the lead airplane for a video shot. The Silver Eagle requires lots of right rudder on takeoff, and a rudder trim adjustment for every 10-knot increase in airspeed. Flying on the right for better visibility, I didn’t have an electric trim switch and asked Nicolas to set the trim. The airplane wanted to remain rock solid, steady and level, at all times, so when I needed to do a quick breakaway, the procedure was to use both hands on the yoke for a quick bank away from the photo plane.

What you get for your $1.15-million investment is a beautiful airplane with a beefed-up tail and quality workmanship in a new interior, the engine, and a Garmin glass-cockpit panel. 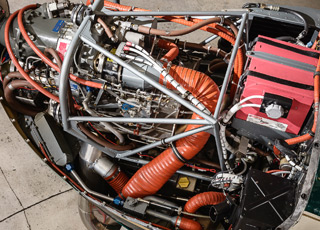 What it costs and what you get

Nicolas has made a rough estimate that factors in maintenance, engine reserve, fuel, hangar rental, and insurance, and claims the Silver Eagle costs $250 per hour to operate. The engine reserve makes up $51 of that cost. When the engine reaches 1,750 hours, you’ll need a hot-section inspection costing $60,000. Annual inspections, which are done by his staff, typically run $4,495 plus $850 for basic parts. 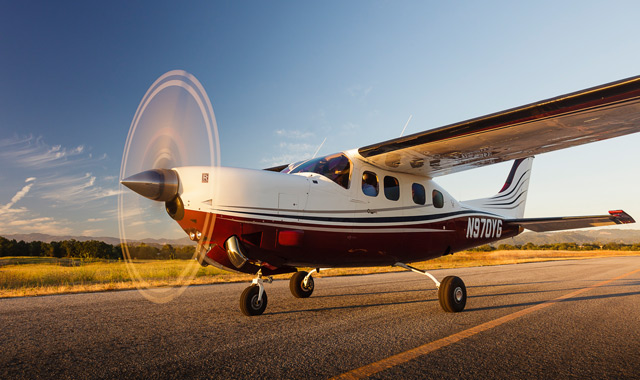 What you get for your $1.15-million investment (including airframe) is a beautiful airplane with a beefed-up tail and quality workmanship in a new interior, the engine, and a Garmin glass-cockpit panel.

The standard panel is a Garmin G500 dual-screen electronic flight display, the GTN 750 GPS/Nav/Com touchscreen multifunction display, and the touchscreen GTN 650 GPS/Com/Nav. The autopilot is the S-Tec (now Cobham) Fifty Five X. Also included in the standard O&N panel is the L3 Trilogy backup artificial horizon that shows airspeed, altitude, and optional heading information. Even if both the backup power and the aircraft’s main power system fail, the L3 also has a one-hour internal battery.

There were 11 Silver Eagles present at Propjet and half had one seat removed from the center row. Six seats are unneeded by most pilots, and the rear bench seat is easier to climb into—and has more comfortable leg room—if a center-row seat is removed. Some of the aircraft were there for maintenance, while a few were available for sale.

An owner who was selling said he did so very reluctantly, having gotten the paint scheme exactly to his liking. Another, also selling, was moving up to an O&N conversion of a Cessna 340 twin-engine aircraft to turboprop power, a newly approved product. I can’t wait to taxi that one, with double the whoosh. 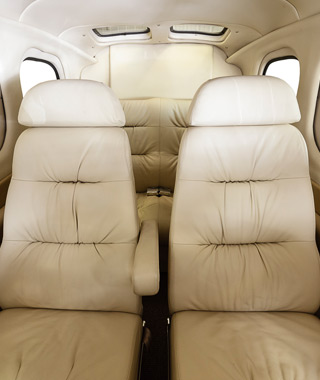